YouTuber transforms the 32-year-old Game Boy into a buffalo, digging for 1 Bitcoin only costs a few … million billion years


Cards are too scarce now, so even the 32 year old Nintendo Game Boy is being taken out as buffalo. Recently, there was a YouTuber named stacksmashing using this machine to mine Bitcoin, by using a USB flash card to install custom ROMs on the machine. You can refer to the details in the video below.

The machine itself is equipped with 8-bit Sharp LR35902 processor with a clock speed of 4.18 MHz, reaching a mining speed of 0.8 hash / sec. By comparison, today’s mining-specific ASICs have speeds of up to 100 terahash / second, which makes Game Boy mining 125 trillion times weaker. 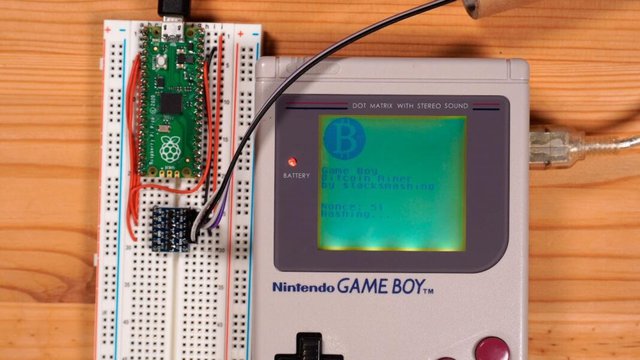 According to calculations, it only takes about … a few million billion years to mine 1 Bitcoin. But looking positively, ASIC miners are very power hungry, while Game Boy only needs 4 AAA batteries to run.