Young-woong Lim, 1st place in ‘Stars you want to appear with umbrellas in the rain’ 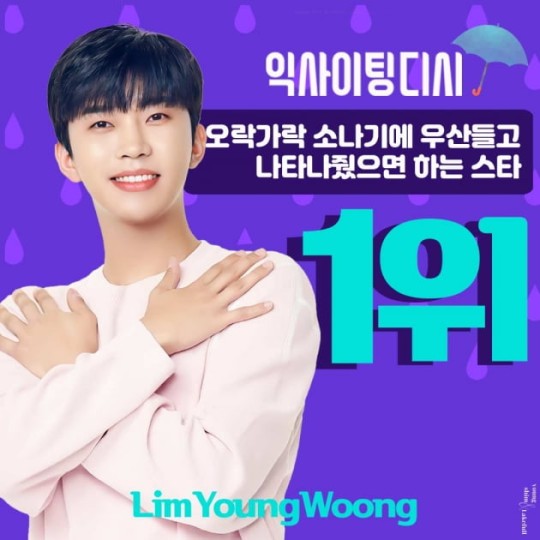 Singer Young-woong Lim was popular even during the rainy season. It was selected by an overwhelming difference in the number of stars who would like to appear with an umbrella in the rain.

In Exciting DC operated by DC Inside, a community portal site and taste search company My Celebs, “Which star would you like to appear with an umbrella in the rain?” I did a survey. In the voting held from the 4th to the 10th, Lim Young-woong swept 208,620 votes, which is 60% of the total 345,070 votes.

Young-tak, who received 53,612 votes, took second place, followed by Min Kyung-hoon, U-Know Yunho, and D.O. In the ranking of Lim Young-woong’s charm, ‘sensible’ was the most popular, followed by romantic and kind. 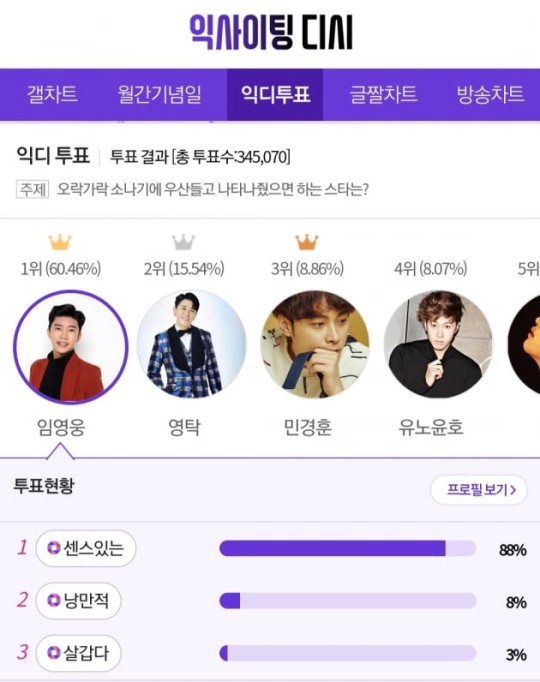 Young-woong Lim’s popularity continues to be strong on other charts as well. Recently, Young-woong Lim was listed in the top 2 YouTube music views in Korea, proving once again that he is a trending singer. In addition, in the 1st week of July Idol Chart rating ranking, it was ranked as the top voter, setting a great record of being 1st for 15 consecutive weeks, proving its ‘Trot Top’ position once again. In addition, on the ‘Gaon Chart’ operated by the Korea Music Contents Association, Lim Young-woong ranked 3rd in the ‘Social Chart’ ranking for the 27th week from the 27th to the 3rd.

Meanwhile, Young-woong Lim is actively communicating with fans through YouTube activities. His YouTube channel ‘Young-woong Lim’ has 1.19 million subscribers. Daily life, cover songs, and stage videos are uploaded to this channel. The channel has been confirmed to have 14 videos with more than 10 million views.

In particular, among them, the ‘Star Screw’ music video with 27 million views, along with the story of an elderly couple in their 60s, is surprising with more than 40 million views.