‘Yusuke’ broadcast today (22th)
Hojoong Kim “Because of ‘I miss you’, I am introduced to vocal music”
“After that, meet Kim Beom-soo in the sauna” laugh 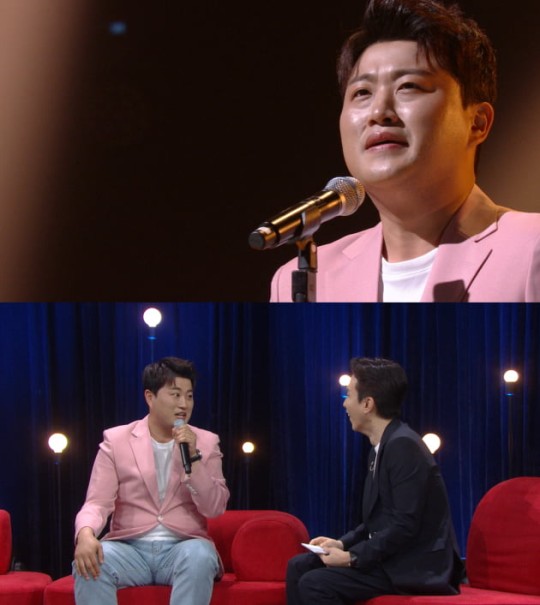 Kim Ho-joong, the ‘Tvarotti (Pavarotti of the Trot),’ which is loved by rising to the fourth place in ‘Mr. Trot’, finished recording ‘Yoo Hee-yeol’s Sketchbook’ on the 19th.

On this day, Kim Ho-jung opened the first stage with his role model Choi Baek-ho’s ‘I Want to See’. He presented a stage that impressed with his deep voices and his lyrical lyrics.

During the school days, Kim Ho-jung told Pavarotti’s music at a record store that he visited to buy Kim Beom-su’s ‘I Want to See You’ CD. Then, from Pavarotti’s ‘Nesun Dorma’ to Kim Bum-soo’s ‘I Want to See’, I reinterpreted the songs that turned my life and conveyed a different sensibility. In response, Yoo Hee-yeol asked if she had ever met with Kim Beom-soo, and Kim Ho-jung said, “I met him in sauna. I was very embarrassed.”

Ho-joong Kim, who lived a movie-like life, said he would also release a movie about his life in ‘Mr. Trot’ after studying in Germany. At the same time, he expressed his desire for acting by saying, “I want to appear in this movie myself.” Next, Kim Ho-jung said, “I want Yoo Hee-yeol to play the role of teacher Su-yong Suh,” hoping for the debut of the two movie screens.

Ho-joong Kim left the stage after the new song ‘I Love You More Than Me’.

How to install and customize ringtones on Android phones

Post Views: 52 Android gives you many options for customizing your phone and changing the ringtone is one of the most interesting things. You have many options to change different ringtones and alerts from the default options on your phone. With a few simple steps, you can use your own music as a ringtone. You […]

How did the CEO of Virgin Group become a billionaire?

Post Views: 31 As a teenager, Richard Branson never imagined he would become a billionaire today. “I was considered the dumbest person at school,” Virgin Group founder and CEO told CNNMoney. As a young student, Branson struggled with dyslexia. He had a hard time keeping up with his classes. But what is considered a weakness […]

Post Views: 55 [enews24 신나라 기자] Ho-jung Kim releases his first study abroad episode in Germany on ‘Stand Up’. In the KBS 2TV comedy show ‘Stand Up’, which will be aired on the 5th, Kim Ho-jung, who sings trot ‘Pavarotti’, first appeared, revealing an episode of studying abroad in Germany that has never been revealed […]