Currently, Yamaha MT-25 2018 is being sold in Indonesia with 3 color versions: Gray textured, Metallic black and Metallic blue. It seems that 3 numbers is not enough, so Yamaha Indonesia has just launched a new color option for the 250 cc naked bike model in Red. 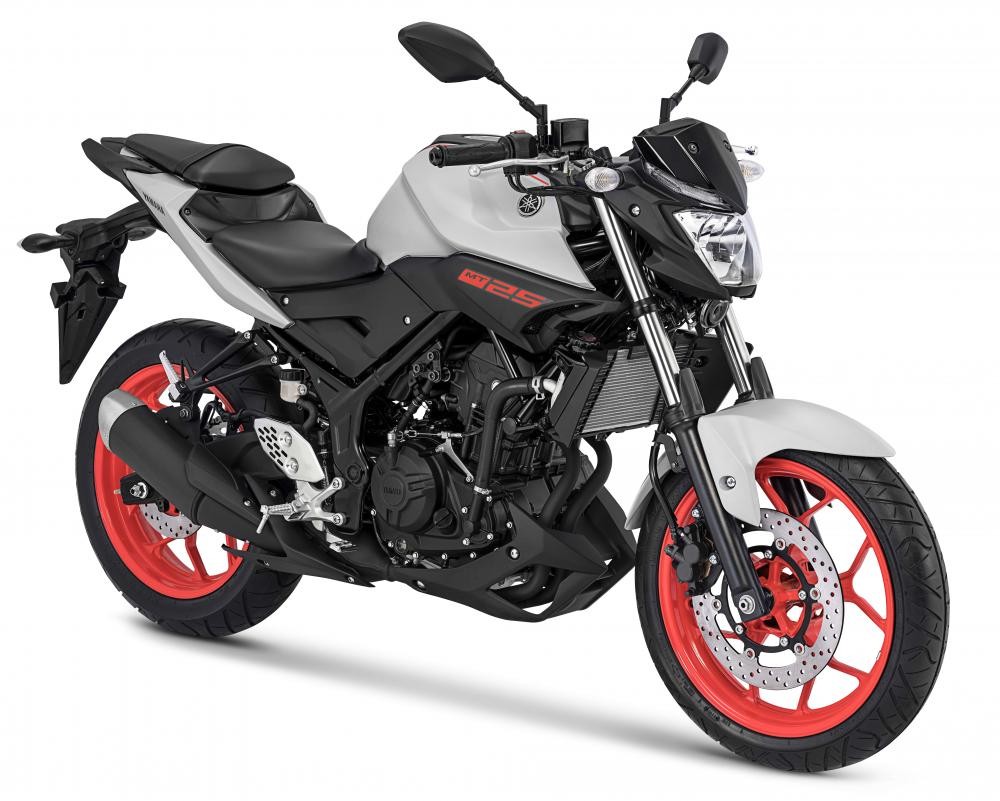 In the new option, the MT-25 stamp and rim set will be painted red, while the other plastic details such as the front, fuel tank and rear bumper are light gray, the side accessories are gray. the other is black.

In addition to adding new color options, the overall design and appearance of the Yamaha MT-25 remain unchanged. The car retains the design of the first generation. Accordingly, the car still owns the steel pipe frame supporting the whole engine and fuel tank of the vehicle. The fuel tank cover of the car has a rather muscular design with many ridges, giving the car a strong and sturdy look. 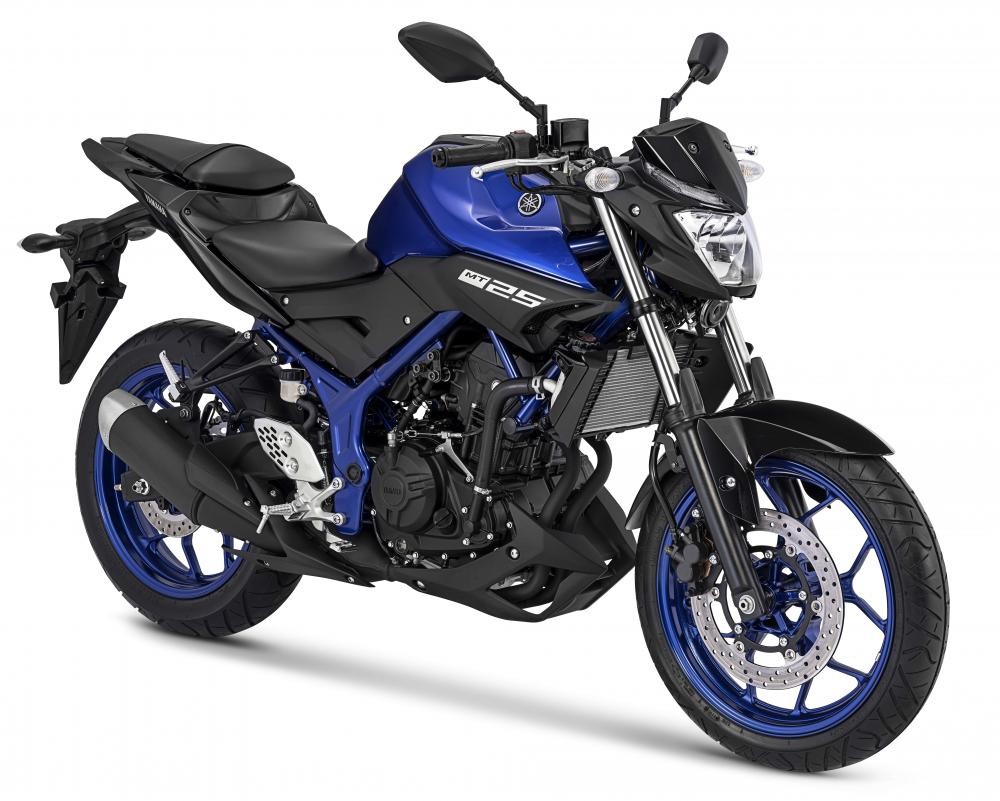 Meanwhile, the front end features a large headlight, black plastic cladding, a windscreen on top and a pair of LED demi lights. Meanwhile, the Yamaha MT-25 tailgate has the same design as the brother of the R25, but it has been added with a handlebar to create a balance for the bike and the convenience for users.

Other standard equipment on the bike includes a pair of 41 mm telescopic forks up front and a monoshock at the back. The car’s face is a combination of an analog clock that displays the engine rev counter and an LCD screen that displays speed, gear, gasoline, engine temperature, journey, and time. With a naked bike style, the Yamaha MT-25 has a wide and tall handlebar, giving users a more comfortable sitting position in city streets as well as long journeys.

The engine of the car remains unchanged, continues to be equipped with a double-cylinder engine, 250cc capacity, liquid-cooled, producing 35.5 horsepower and maximum torque of 22.6 Nm, along with a 6-speed manual gearbox and electronic fuel injection system FI.

Post Views: 13 13 simple facts about relationships you probably didn’t know 6 seemingly negative things that prove your ex loves you very much Love is to be happy, forget about the past relationship and continue to find your happiness! Love is the risk of someone who can recklessly grab and hold and be shoved […]

Not Ronaldo, this is the guy who bought the Bugatti car 440 billion