Xiaomi reported revenue of 72.2 billion yuan in the third quarter and net profit of 4.1 billion yuan

In the third quarter, Xiaomi continued to promote its core strategy of “Mobile Phone × AIoT”, with global smartphone shipments of 46.6 million, a year-on-year increase of 45.3%. According to Canalys statistics, Xiaomi’s smartphone shipments have the highest year-on-year growth rate among the world’s five major manufacturers, rising to third place, with a record high market share of 13.5%.

In this quarter, Xiaomi’s smartphone shipments in the Chinese market increased by 18.9% year-on-year, making it the only company among the top five manufacturers that achieved positive growth. Xiaomi’s overseas market revenue hit a new quarterly high, a year-on-year increase of 52.1%, reaching 39.8 billion yuan. Among them, Xiaomi’s smartphone shipments in the European market increased by 90.7% year-on-year, and its market share reached 18.7%. It entered the top three market share for the second consecutive quarter and also ranked among the top three market share in Western Europe for the first time. According to Canalys data, Xiaomi maintained its No. 1 position in the Indian market in the third quarter, with a market share of 26.1%.

The financial report shows that Xiaomi continues to promote its dual-brand strategy for mobile phones and launches new products covering different price points to break through the high-end market. In the first ten months of 2020, Xiaomi’s global sales of smartphones priced at more than 3,000 yuan in the Chinese market and more than 300 euros abroad have sold more than 8 million units.

It is worth noting that following the previous exposure to a large-scale increase in orders for parts and components to Taiwan, today there is news that Xiaomi has increased production as “Huawei is down” and has begun lobbying Huawei dealers to turn their backs and “don’t hang on a tree.” , And promised to give money to people to reduce the cost of dealers opening stores.

Editor-in-chief’s comment: Xiaomi has ushered in a bright moment, and has firmed up its determination to die high-end. The trap of “wolf-like” Huawei has opened a hole in the high-end mobile phone market. Domestic mobile phone manufacturers such as Xiaomi are taking advantage of the situation to pursue them. The global smartphone market is quietly changing. In order to seize the short and precious window period, Xiaomi’s impact on the high-end market is very radical. Whether in production, channels or marketing, there is a wolfishness… 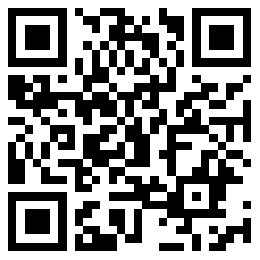 The 20 Gifts College Students Want the Most

Post Views: 14 Though going off to college may look quite different for some students this year, since we still don’t know if they’ll be moving into a dorm or learning from home, some things never change. College years are full of the most defining moments of life, both academically and socially. For those who […]

The Best Flooring Nailers of 2020 For Redoing Your Floors

Post Views: 74 Flooring, perhaps more than any other design element, sets the tone for what an interior feels like. Whether it’s the kitschy charm of terrazzo or the sleek modernism of concrete, the floor is quite literally the foundation upon which every design decision is made. But the most timeless option, by far, is […]

Post Views: 44 Not long ago there was information that Nvidia is about to launch another Geforce GTX 16 series graphics card, the GTX 1650 Ti, but it looks like it will be two, not one. There will be another GTX 1660 SUPER to fill the high-end segment. It is likely that this GTX 1660 […]