Xiaomi may launch Max smartphone line under the brand Redmi?


As demand from users is still quite large, Redmi is considering launching a new smartphone with a "giant" screen similar to those of Xiaomi's Mi Max line.

Last night, when asked about the Mi Max line, Lu Weibing – Xiaomi vice president and general manager of Redmi revealed that this product line was officially killed. At the very least, we won't see any smartphone with a "giant" screen launched under the Mi Max brand in the near future.

Therefore, the fans asked Lu Weibing if Xiaomi will bring it to the Redmi brand? In response to this, Lu Weibing asked a few questions before giving an answer. 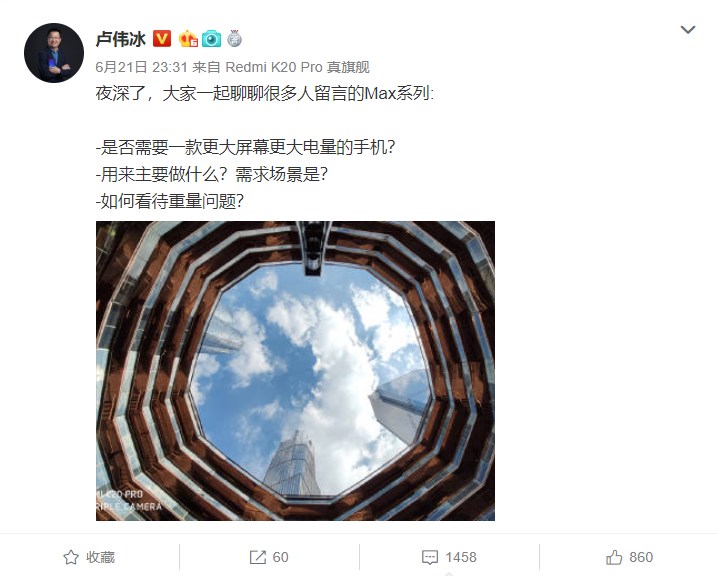 Netizens have been very positive and commented a lot, in which comments from Mi Fan are divided into two camps. One group thought that the current smartphone screen was large enough and didn't need a new device called MAX or NOTE. However, some other users believe that large screen smartphones can replace tablets. They come with larger screens, bigger batteries but also much more convenient than tablets.