In the last months of 2019, Xiaomi was quite active as it continuously launched new products. Most recently, this Chinese company has attracted a lot of attention of users when it launched the Mi CC9 Pro, the world's first smartphone with 5 108MP cameras and the Mi Watch with impressive design.

Today, a new report has revealed that Xiaomi is testing to improve the display quality on its smartphones using a 120Hz OLED screen.

According to Gizmochina, the source today said Xiaomi has internally tested the 120Hz AMOLED screen for their smartphones and the technology is expected to appear early next year. It has been reported that Xiaomi is developing smartphones with 120Hz screen that was also detected in the MIUI 11 beta update. 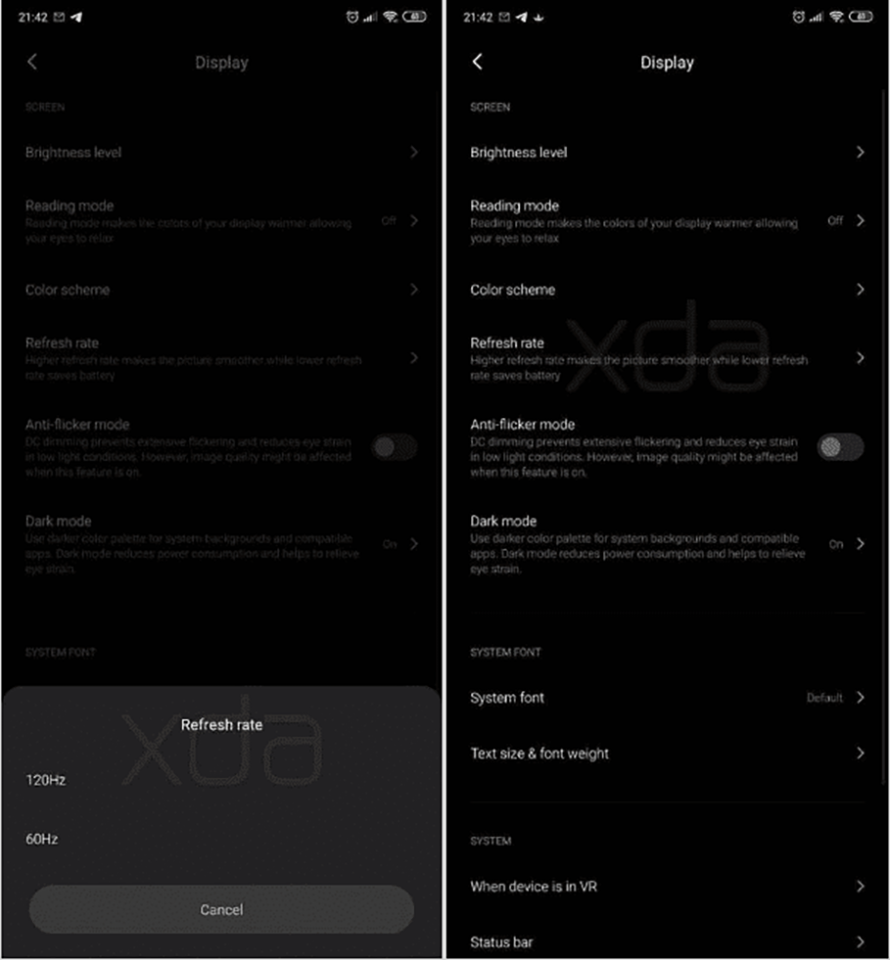 On the current market, only companies like Razer, ASUS and Sharp have launched smartphones with 120Hz screens, particularly the Sharp Aquos Zero 2 has a screen up to 240Hz. Although the difference between 90Hz and 120Hz is not too significant and it is difficult to recognize for ordinary users. However, if you are used to high-frequency screen, returning to 60Hz screen will feel quite uncomfortable for a user.

It is not clear when Xiaomi will launch a smartphone with a 120Hz screen. Because it is a high-end feature, it is likely that the smartphone of Mi series or the next Mi MIX series will be equipped with this 120Hz high-frequency scanning screen. Wait and watch it!