With undeniable heat, Mi Band 4 has collected more than 1 million orders after 8 days of opening, becoming Xiaomi's best-selling wristband ever.

On June 11 last, Xiaomi officially launched the next generation of smart bracelets with the name Mi Band 4 at an event held in China. Thanks to the color screen and many completely new unique features, the Mi Band 4 has impressed with a large number of users, so that more than 1 million units were sold within the first 8 days on the shelf.

According to Xiaomi, one million Mi Band 4 ships worldwide are figures from the opening date of June 14 to June 21. The company said more than 5000 units were sold every hour at a time, making it the company's fastest-selling wristband ever. 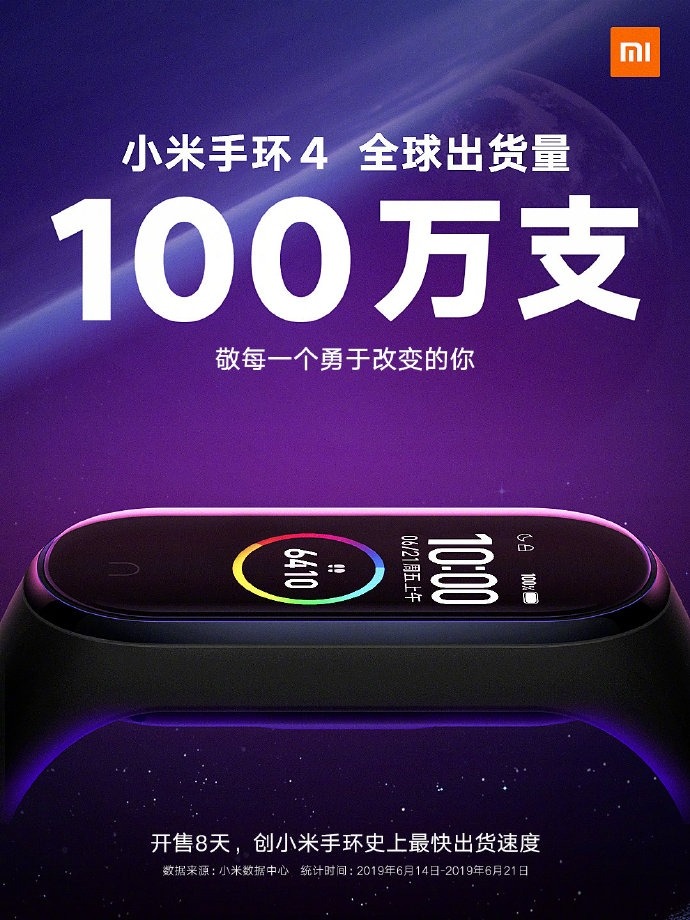 With 135mAh battery, Xiaomi announced that Mi Band 4 could last up to 20 days of continuous use. The device is integrated microphone for voice control via XiaoAI virtual assistant. Of course, it is also equipped with health monitoring sensors such as measuring heart rate, measuring distance, counting steps, measuring calories consumed or monitoring sleep … and synchronizing data with smartphones via Bluetooth connection.