Xiaomi "celebrates" sales of 23.6 million Redmi A in India, preparing to launch Redmi 7A


According to a recent report, Xiaomi is expected to launch the Redmi 7A in India in the next few weeks.

Today, the head of Xiaomi India – Manu Kuma Jain shared some poster images of the Redmi 7A. And the promotional materials contain some data about the Redmi A product line that we just learned for the first time.

According to Gizmochina, Redmi A line started with Redmi 4A was first launched in China in November 2016. Xiaomi later announced this cheap smartphone for the Indian market in March 2017. Since then, Redmi 5A / 6A has been released and according to the latest report from IDC, Xiaomi's Redmi A series has a total revenue of over 23.6 million units as of April 2019, an extremely impressive figure. 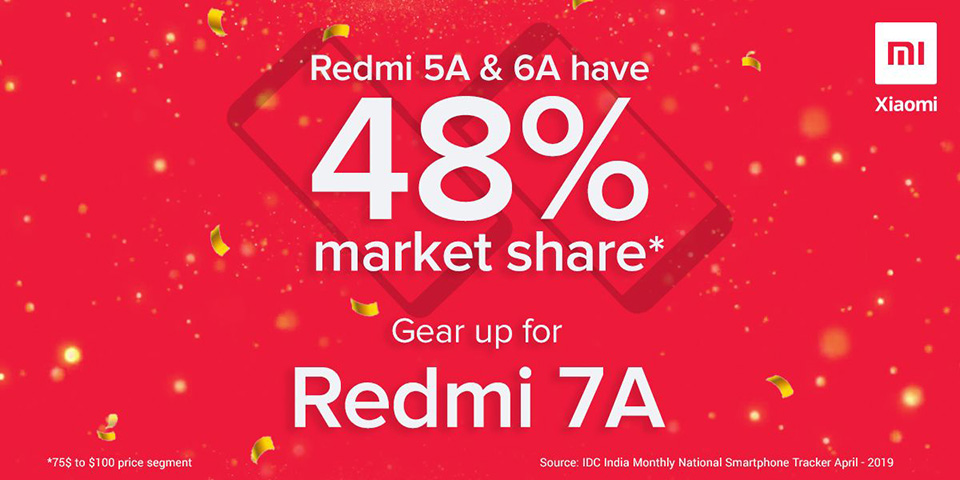 Mr. Jain also cited IDC's monthly smartphone tracker in April 2019 to emphasize that Xiaomi's Redmi A series has become very popular. In addition, the report also revealed that Redmi 5A and Redmi 6A took over. 48% of market share in smartphone segment costs from 75 to 100 USD. That is nearly half of the market share in that price segment.

So please wait and see if Redmi 7A continues the success of its predecessors or not!