What are Windows processes

With a concern for modularity, Microsoft Windows was structured in services (processes) that work in the background. You can view the list of processes in progress in the task manager by simultaneously pressing CTRL + ALT + DEL and then clicking on the tab Process. The window then shows the list of running processes and the resources assigned to them.

Among these processes, a large number of them are system processes that are an integral part of Windows and some correspond to other applications. So, when the operating system seems to ‘drag on’, it may be interesting to determine which process uses the most resources.

On the other hand, the presence of worms, viruses, Trojans, spyware and adware in the system is usually reported by the presence of suspicious processes. This is the reason why they often take on a name similar to that of a real process and go unnoticed (for example, system32.exe instead of system32.dll, isass.exe instead of lsass.exe).

What the task manager does

The task manager is an instrument that allows you to check the system performance and know the status of Windows processes in real time. The task manager can be obtained from the shortcut CTRL + ALT + DEL or by right clicking on the task bar and choosing Task Manager or the menu Start > Run with the taskmgr.exe command: 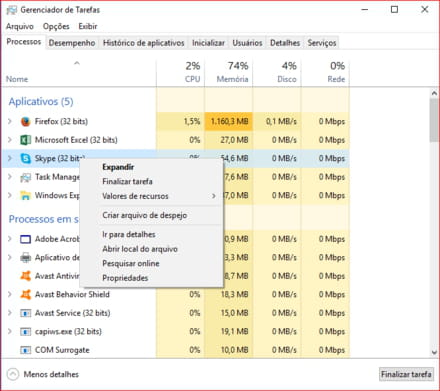 The Task Manager has five tabs:

Process: to see the list of running processes and give information about their operation. By default, the task manager shows the following information: name of the executable, user name, processor and memory usage. It is possible to display other indicators among 25 available, going to To view > Select columns;

Users: informs users who have access to the computer and the status of the sessions. With a right click on the user name, the menu opens that allows you to disconnect or close the session.

See a non-exhaustive list of ongoing processes classified by categories (the third column indicates the name of the processes that present a potential security risk):

Post Views: 110 In recent days, the attention of the world gaming community is focusing on an extremely hot name, that is Wolcen: Lords of Mayhem. While popular names like Diablo IV or Path of Exile 2 have not been released, Wolcen: Lords of Mayhem is showing the perfect momentum to dominate the action-RPG game […]

Huo Jianhua was unemployed for 3 years and ran to support Ruby Lin. The agent who was fired by him is now very beautiful

Post Views: 21 #Huo #Jianhua #unemployed #years #ran #support #Ruby #Lin #agent #fired #beautiful Recently, some netizens broke the news that Huo Jianhua, who was once everyone’s favorite, has finally begun to film. The editor still remembers that Huo Jianhua was very popular in the past few years. Together, he and Hu Ge were called […]

New astronomers have discovered “strange signals” that could come from a star 11 light years away.

Post Views: 29 NASA announced 10 new “copies” of the Earth that we do not know until now The lost twins of the Sun could be the culprit of the dinosaur destruction Fire needs air to burn, so how does rockets work in space? Astronomers have recently said that they have discovered “strange signals“coming from […]