Will Apple be included in China's upcoming "blacklist"? – VnReview


China has announced that it has created a "black list" of foreign companies and individuals that do not provide or cooperate with China, especially Huawei.

Do not let the 90-day delay period fool you, the Trump administration certainly still does not trust Huawei. US Defense Secretary Patrick Shanahan said Huawei could not be trusted because it had close ties with the Chinese government. Shanahan talks about the pressure the US has placed on allies in order to prevent them from allowing the use of Huawei's network equipment in the 5G networks under construction as follows: "When I look at the situation, (I see) there's too much risk … You can't believe that those networks will be protected."The risk he mentioned here is the possibility of Huawei devices containing back door to send information to the Chinese government – because according to Chinese law, the government can Ask Huawei to spy for them at any time.

Meanwhile, according to Bloomberg, China will have a response. The country announced yesterday that it had created a "black list" of foreign companies and individuals that did not provide or cooperate with China, especially Huawei. The world's second-largest smartphone maker and the world's leading maker of networking equipment has been put on the Trade Ministry's list of export ban last month, meaning they won't be able to buy components. components manufactured in the US unless licensed by the government of this country. This has led to a series of important members in Huawei's US supply chain (Huawei spent $ 11 billion to procure components from companies in this chain last year) severing ties with the firm. Important suppliers like Google, Qualcomm, and Intel will stop selling products to Huawei and even foreign companies with US connections such as ARM chip designers will do the same.

These companies, along with a number of other companies outside the US, may be included in China's "black list." Surprisingly, a Chinese Ministry of Commerce spokesman said the list would include companies and individuals "threatening or potentially threatening national security (of China)"Gao Feng said that the Ministry of Commerce will take the necessary measures to deal with the subjects on the list. Feng also added that those measures, the same names of people on the list, will be published widely in the future.

Apple will most likely not be included in China's "black list" 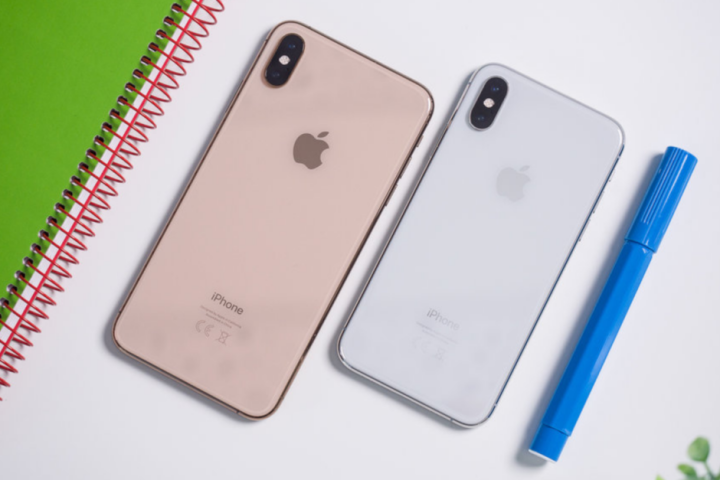 However, even if you are an Apple anti-fan, don't expect it to be included in the "blacklist". China is an important market for Apple, and making the iPhone sales here affected will be a perfect blow that Chinese officials with hostile thoughts will do. Apple will certainly take back the second position in the global smartphone market that Huawei is holding. But there are a few things to remember. First, Apple has no business relationship with Huawei. And second, most iPhones are manufactured in China, by Chinese companies, with Chinese human resources. Exterminating Apple, causing the iPhone production process to decline, will only make the Chinese economy beat by "his back".

News about the "black list" appeared in the context of the US-China trade war continued without signs of ending. Both countries are seeking to tax imports from the rest. Although smartphones are still not the victims of the war, among China 's next products that the US expects to tax are expected to include mobile devices. Because iPhone is assembled in China, it is also considered an import from this country. Unfortunately, American companies and consumers are "bitter fruit" because of the taxes imposed by the US, because companies affected by additional taxes have only two choices: to accept lose money, or transfer that burden to consumers. For example, iPhone and iPad tiles are taxed at 25%. However, thanks to Apple standing out, the retail price of these accessories remained unchanged.