32-bit editions of Windows, such as Vista and 7, had, among others, a disadvantage in relation to the newer versions of the operating system regarding the use of all RAM memory storage. You will understand in this tip why these systems ended up having less performance due to the restricted use of RAM. 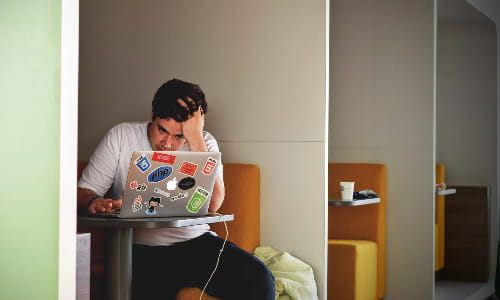 Older versions of Windows, such as XP, Vista or 7, had 32 bits (see here how to know if your system is 32 or 64 bits). Among other issues, these editions of the Windows system were not able to use all 4 gigabytes (GB) of RAM.

What causes this situation is not mathematical. 32-bit systems are, by definition, capable of addressing exactly 4,294,967,296 registers, that is, 2 raised to 32nd power. This is exactly the total number of bytes that make up 4 GB of RAM.

So, what is the explanation for the inability of these systems to use all memory space? This problem is due to the x86 memory architecture adopted by these systems. It requires that part of the RAM memory be consumed to store the addresses of peripheral drivers of PCI extension.

Thus, the memory used by the video cards ends up reducing the amount available for system operation. On average, they end up 2.75 to 3.5 GB of RAM memory.

We can also conclude that the space available in RAM will vary depending on the size of the computer’s video card. 512 megabyte cards will leave about 3.3 GB of memory free. Larger cards of 1 or 2 GB will consume more RAM space.

Unfortunately, there is no solution to this problem. There are some manipulations that can be done, but they will never be effective enough to allow you to use all the nominal RAM memory.

Thus, the best option is to migrate to a system with a 64-bit structure, such as the most modern Windows 10. In addition to using all the computer’s RAM memory, newer operating systems also have regular updates and configuration and more advanced tools

Causes of a stuffy ear sensation

Post Views: 45 #stuffy #ear #sensation THE stuffy ear feeling it is a symptom of different pathologies and also manifests itself in very specific circumstances. See the most frequent causes of this unpleasant symptom. Diseases that can leave the ear blocked Wax build-up Barotrauma by plane or diving Bruxism Other possible causes Diseases that can […]

[Vietsub] A Scottish company is recycling plastic waste into roads

Post Views: 48 Did you know: 90% of the plastic we use will eventually end their useful mission in landfills or in the ocean. And from that moment on, they will live a meaningless life forever: Polluting the environment, killing marine life, spreading plastic particles into seafood, salt, water and even the whole air we […]