Let’s look at the increase in iPhone prices in recent years: From $ 499 in 2007, the starting price of the Iphone 11 Pro version on the official Apple website is $ 999. Many people believe that the iPhone does so simply because it’s an Apple brand, and it has the ability to persuade customers to pay for expensive things,

There is also an unofficial term in the world called Apple Tax, which describes the amount of money the customer is willing to spend to own an Apple product, instead of a competitor’s product. with the same features.

But is it simple because the iPhone has an Apple logo that makes this product expensive? Please refer to the 3 reasons below.

A high-end product, of course, the manufacturer set price will never be low, and the iPhone is such a product. There was a time when the iPhone 5C dropped, but then CEO Tim Cook was criticized for this action and since then he has determined the only way Apple can: Position firmly in the high-end segment.

“There is always potential from the mass segment. But we are not in that segment. There are customers who always want the best products, rather than the price. And I want to compete frantically to capture.” These customers, “Tim Cook once said about Apple’s positioning strategy.

The report from Counterpoint also pointed out that in the third quarter of 2019, Apple dominates the high-end smartphone segment in the world with 52% market share, outstripping Samsung and Huawei at 25% and 12% respectively. Although in the Chinese market in particular, the iPhone has not been able to surpass the P30 and Mate 30 series – Hwawei’s flagship, but on a large scale, the iPhone XR is the best-selling high-end smartphone thanks to good performance and price. reasonable 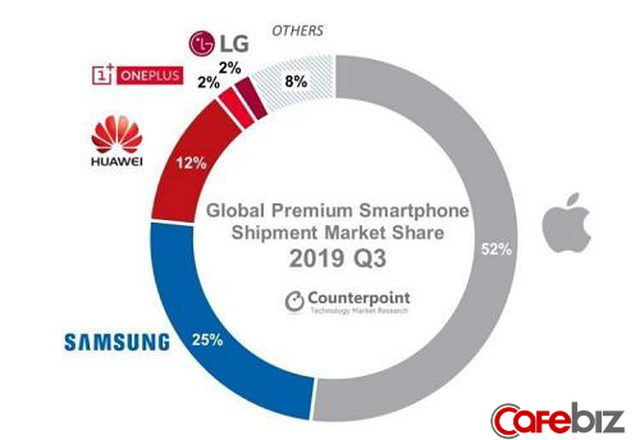 With each product, Apple invests a great deal of money in research and development (R&D) to create new technologies. This cost will then be directly reflected in the selling price.

For example, with the iPhone X, Apple was the pioneer to switch to using the “rabbit ears” screen and then be followed by many other competitors. Apple has also redesigned its face security system, instead of making traditional 2D simple, they choose to do 3D. 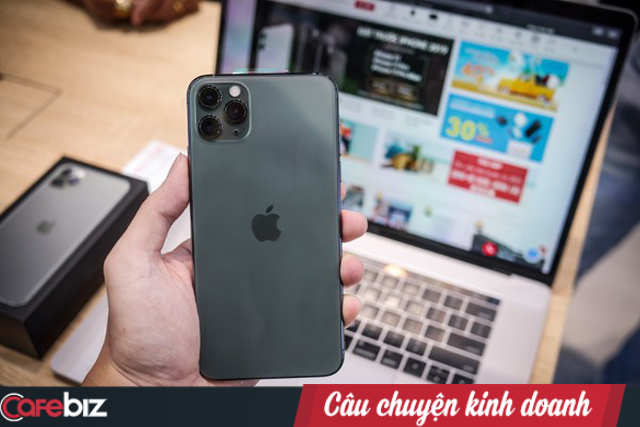 CEO Tim Cook himself spoke up in 2018 to protect the iPhone X, Apple’s most expensive iPhone version at the time.

“This is the most advanced iPhone version we’ve ever created,” Tim Cook said, pointing out that the smarphone could replace the need to use other devices such as cameras, video cameras and music players.

He insists creating the most advanced products is not cheap, and Apple will never sacrifice quality in exchange for price. So, theoretically, the amount of money customers spend on the latest iPhones will help Apple make a lot of better things in the future.

Global iPhone sales grew annually and peaked at 231 million units in 2015. However, Apple was unable to surpass this sales record and profits began to fluctuate. The reason lies in the larger trend of the smartphone industry in general, as the life of a phone is getting longer, meaning that customers will not upgrade their smartphone as often as before. 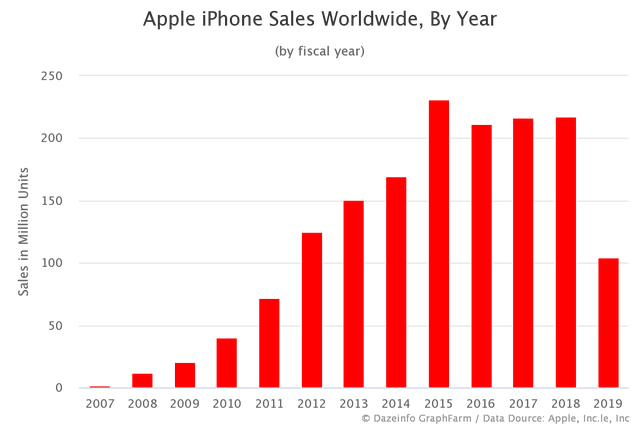 But as a listed company, Apple is expected to generate growth for its shareholders. And a simple way to combat falling sales is to raise prices. This helps the company to have a higher profit margin.

An analysis in 2017 found that iPhone X production costs 25% more expensive than iPhone 8 but cost 43% more. Specifically, the production cost of the iPhone X is $ 357.5 but because it is sold for $ 999, the gross profit margin of this product is 64%. As a result, in 2018, Apple’s profits showed signs of prosperity after two years of relatively flat growth.

Despite the high price, in fact, in some countries, the number of iPhones is more than that of the population. However, many people are quite concerned about Apple’s creativity and even there are signs that the growth and dominance of the iPhone is under pressure. Especially when Apple was surpassed by Huawei in the top 3 smartphone manufacturers with the largest global market share in 2018.

After all, most experts believe that Apple needs to create more innovative technologies and not just increase product prices to maximize profits and maintain its position as one of the most valuable companies in the world.