Why is it so difficult for young people in this class to find someone?

Although many people were unable to return home during the Spring Festival this time, it did not prevent the annual marriage urging conference from ringing on time in the WeChat group with the New Year’s bell.

Putting aside the miserable imagination of our parents that we will be unattended and lonely for the rest of our lives, let’s first ask a question: Now, will you still devote yourself to a relationship or a marriage?

Are the young people married or not in love this year?

The emotional life of an adult is no longer just the first experience of love.

Talking about money hurts feelings, talking about feelings hurts money. To put it bluntly, in modern society, it is difficult for young people to get married at once.

According to data from the Ministry of Civil Affairs, 9.273 million couples had a marriage certificate in 2019, a decrease of 8.5% from 2018. At the same time, 4.7 million couples decided to get out of the siege of marriage and apply for a divorce certificate. This number has increased by 5.4% over 2018.

Behind the rise and fall is that everyone is becoming more and more cautious about marriage, marriage requires careful consideration, and the proportion of late marriages is increasing. 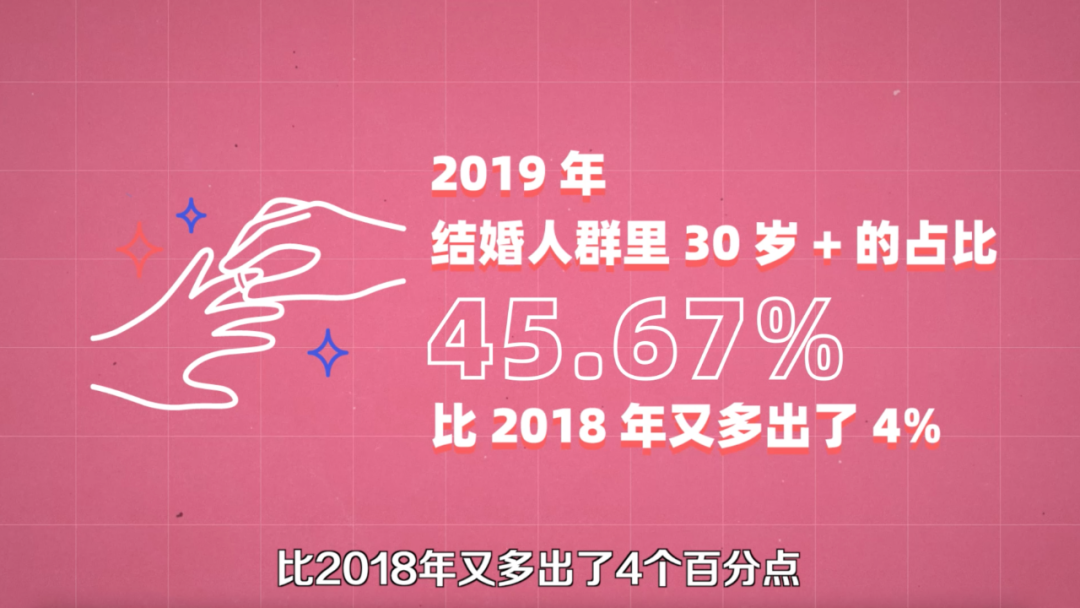 Percentage of married people over 30 years old in 2019

Our parents always like to say: When you were your age, my children ran all over the street. But our situation is really different. The current gross enrollment rate of higher education in my country is 51.6%. In other words, about half of young people are already 22 years old after graduation.

Moreover, under the pressure of buying a house and raising a baby, marriage has become an increasingly need for economic foundation. It is usually after the age of 30 for professionals to reach a higher level of income.

The above data can be used to reply to the seven aunts and eight aunts who have urged marriage.

Whether in love or marriage, it is an intimate relationship. However, we are used to putting the focus of intimacy on “intimacy” and often neglecting “relationship.” 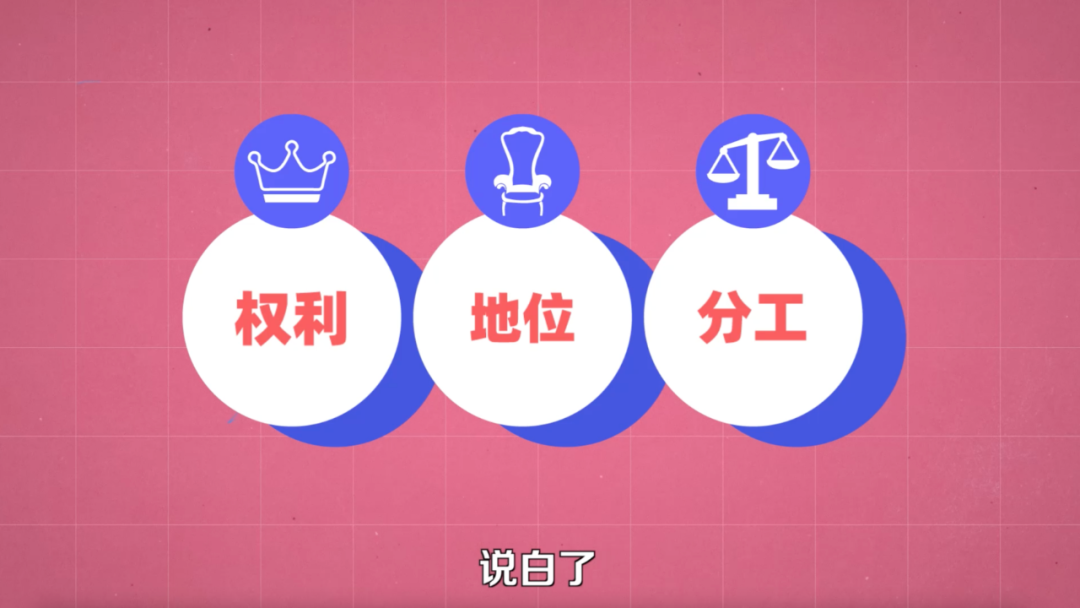 The nature of intimacy

Intimate relationship is essentially a small practice of public life, which has everything in public life, including the comparison and conversion of rights, status, and division of labor.

To put it bluntly, falling in love is troublesome, and getting married is even more troublesome. If you don’t fall in love, what’s the matter, isn’t it good for someone to order takeaways to play games?

No, it may not be too fragrant after a long time. Because the desire for intimacy is a reasonable need.

According to Maslow’s hierarchy of needs theory, human needs are divided into five levels: physiological needs, security needs, belonging and love needs, respected needs, and the highest level is self-realization.

The ancients said that the warehouse is real and knows the etiquette, the food and clothing is enough to know the honor and disgrace. Eating and drinking will not be stray, and will consider the needs of love. As for the sense of belonging, many people would rather do nucleic acid two or three times, and resolutely go home for the New Year, which is enough to prove the importance of belonging to us. But further up, there are not so many people who can reach it.

The bottom-level needs are the conditions and basis for satisfying the upper-level needs. Only by satisfying their desire for love can people better realize themselves. In different ages, if you want to enter an intimate relationship, the factors that need to be considered are also different.

Why is it so difficult to find a marriage partner now?

If we say that arranged marriages in feudal society are a joint decision made by two families, it belongs to the planned economy.

Now our free love has entered the market economy. Common exchangeable resources in the love market include appearance, income, education, and growth background.

These indicators sound utilitarian and seem to be closer to the older generation’s view of choosing a spouse. The new generation of intellectual youth has already subverted these.

However, the situation is just the opposite. The more highly educated, the more important it is. The survey shows that among young people with a high school degree or below, less than three adults agree that the household pair can enhance their sense of security, while among the graduate students and above, this proportion reaches 50% to 70%. 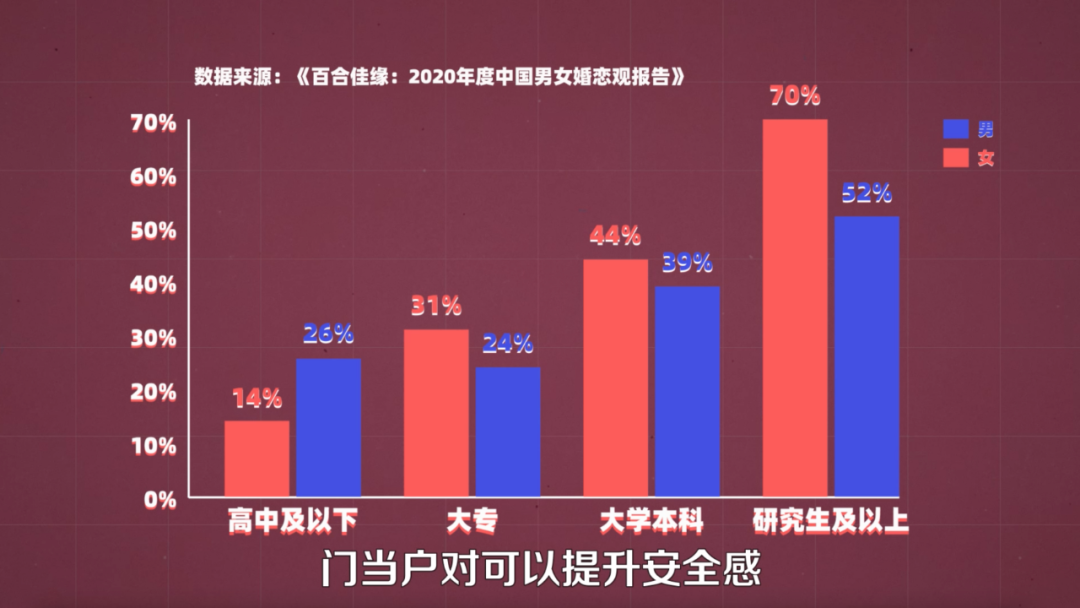 The reason for this is actually not difficult to analyze. The love market is also a kind of market and must also follow the principle of equivalent exchange.

After all, having a high degree of education, on the one hand, means that more time and money costs are spent, which is a sunk cost. On the other hand, high education also means higher income expectations in the future, and the potential value is also a form of value that conforms to the equivalent exchange in the love market.

In short, regardless of the level of education, the realization of mate selection through free competition and free exchange is part of the freedom of love.

The market is open and there are more choices, which is obviously much more advanced than the ancient blind marriage. It’s just that the above can only serve as a sufficient condition for the beginning of a relationship, not a necessary condition.

After all, the consideration of value is very rich, and free love ultimately falls on freedom, and cannot be too limited by efficiency.

There is freedom, but another very common problem has emerged: Why is it so difficult to find an object now?

Looking through the annual reports published by major marriage and love websites, you will find that young people’s window period is getting longer and longer, and there are more and more blind dates before marriage.

In 2019, 40% of single young people have a window period of more than three years, and young people need an average of 5 blind dates to end being single.

The blind date started for the first time, and there will be countless times thereafter. With more choices, everyone has a longer decision-making time. Contemporary marriage and love anxiety can also be said to be dizziness caused by freedom to some extent.

Another reason is that the current married generation is dominated by only children. From a young age, the family atmosphere makes everyone value their own value very precious.

This is of course a good thing. Only by paying attention to the existence and needs of one’s self can one enter marriage without being confused. However, when two people meet in marriage and love, it often appears that everyone thinks that they are more valuable than the other, and the other person needs to pay more and do more.

In the venture capital circle, this is a start-up company that overpriced its valuation and formed a misalignment with investors’ expectations. This investment will definitely not agree in the end. 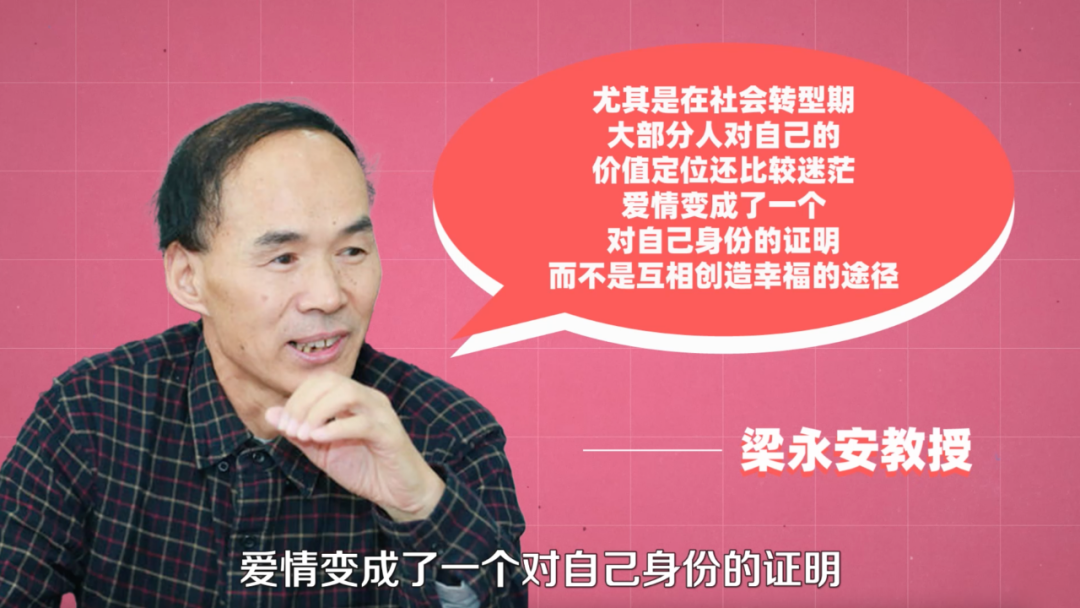 To quote Fudan Professor Liang Yongan, especially during the social transition period, most people are still confused about their value proposition. Love has become a proof of their identity, rather than a way to create happiness for each other.

Everyone wants to be the one who gets more in the exchange. This is invisible, turning the relationship that should have been mutually beneficial and win-win into a zero-sum game relationship, and the gains of one party necessarily mean the losses of the other party.

The meaning of love: your contribution is the other party’s benefit

This is the same as the topic of betrothal gifts that has caused an uproar before. The reason why the betrothal gifts become a sensitive topic of confrontation between the sexes will inevitably trigger a big fight when they are thrown out.

It is because in many contexts, the bride price has become a unilateral loss for the man and a unilateral gain for the woman.

The essence of marriage

But from a sociological point of view, the essence of marriage is that two people separate from the main family and re-form a new nuclear family, a new community of interests. 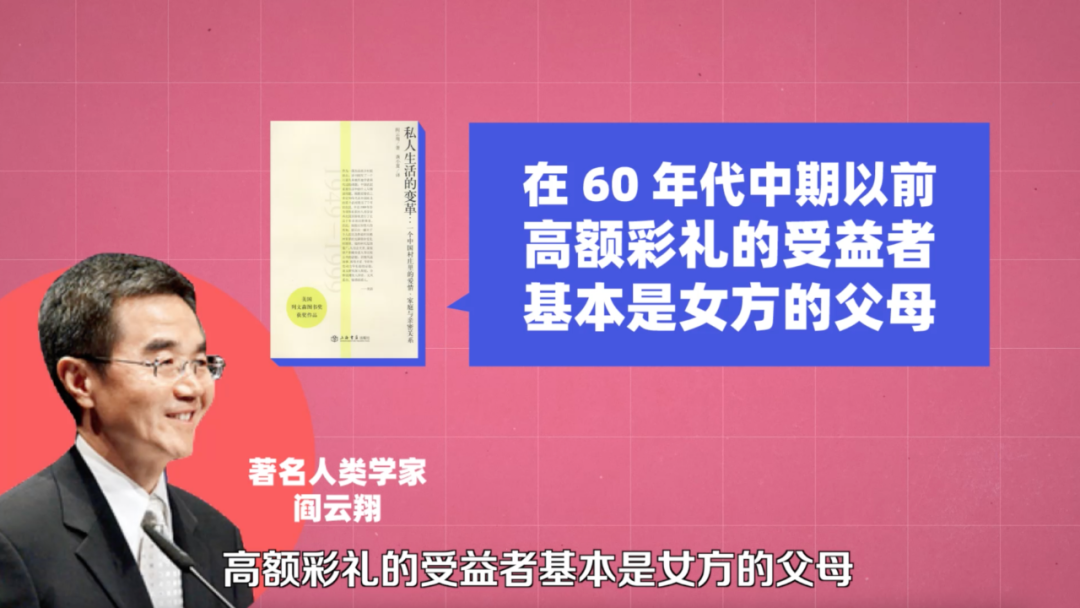 The well-known anthropologist Yan Yunxiang pointed out in the book “The Reform of Private Life” that before the mid-1960s, the beneficiaries of high-stakes gifts were basically the woman’s parents.

But since the 1980s, the bride price is no longer a ceremonial gift exchange or payment method between two families, but a new way to transfer wealth from the previous generation to the next generation.

Corresponding to the bride price is the dowry. In most economically developed regions, the two cannot be said to be completely equal, but they are also relatively balanced.

Under normal circumstances, both the betrothal and dowry are the start-up funds for the new nuclear family from both families. Mom and Dad are the real fathers and mothers of the sponsors. Just like the 0 to 1 when starting a business, all companies will encounter a lot of financial, personnel, and management problems at the beginning of the business, especially the problem of verifying the feasibility of the business model. Most startups don’t survive the first three years and then close their doors.

For most marriages, the first three years are both sweet and dangerous. To verify that the relationship between the two is feasible or not, the key is to find the Pareto optimal in these three years.

This is a very important concept in economics, referring to the ideal state of resource allocation. The process of pursuing Pareto optimization is called Pareto improvement, which can be expressed by a public notice: 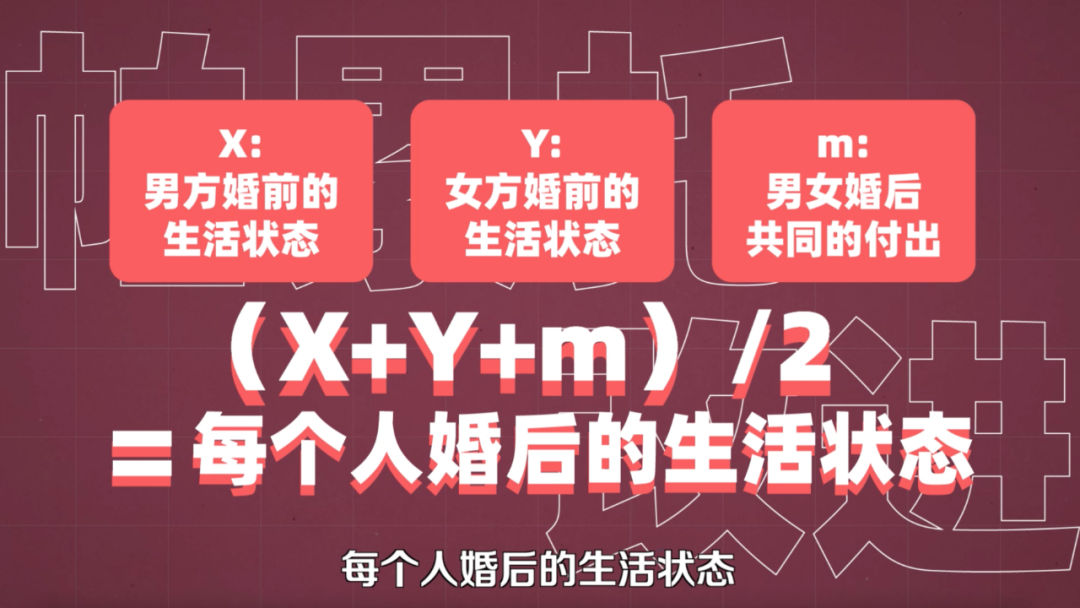 The Pareto optimal at this time can be understood as everyone’s living conditions are better than before marriage, and both parties are satisfied with the marriage.

The key to the formula

The key to the formula lies in the value of m. In a family with a right family (X=Y), two people can achieve Pareto optimal without consuming each other in marriage (m>0); when the premarital concept and living conditions are very different (X =2, Y=4), both parties must pay more than a certain value (m>2) in order to continue to win.

Well, it’s a showdown, the above concept is my bluff. The formula algorithm is not important at all. The meaning of love is to love to love and not understand, and the more you count, the more you get confused.

In short, only one sentence needs to be remembered. The two people in an intimate relationship should deal with the endless problems in life together, rather than constantly creating problems for each other.

When talking about gains in an intimate relationship, the most inseparable thing is giving. Your giving is the other party’s benefit, and vice versa. Only when two people are willing to invest continuously can the relationship be sustainable.

When we choose a partner, we are also making an investment to measure the final gain or loss. In addition to the tangible material, there is also an intangible but very important spirit.

In a mature and stable relationship, talking about benefits does not hurt feelings.

Finally, let’s have a chat: Now, would you still devote yourself to a relationship or a marriage? What do you value most in a relationship?