Why do smartphone manufacturers leave these design errors on their products?


What is the reason behind the minus points of design on smartphones today and why are they still approved by manufacturers before sold to users?

More than half of 2019 passed, and we have seen significant changes on smartphone devices in just a few years. Although there are still many differences between smartphones, however, it is undeniable that the current smartphone design is gradually reaching a saturation point. However, manufacturers clearly still spend a lot of time to "take care" for their products before selling to the market.

Whenever on any smartphone, our users tend to point out the negative points about the design that we don't like. It is also impossible to blame the user because it is only a natural act, because we tend to recognize immediately the "unsuitable" things. But it is still a personal opinion, some people like it, others don't.

However, at some point, there will be some points in the design of smartphones that make us wonder: how on earth could these design details be approved by the manufacturer before going into production. mass and sold to users?

No phone is perfect

Designing a handheld device that satisfies everyone is an impossible thing. Not only because everyone has different hand sizes, but also about the factors that affect the user experience when using the device, even when wearing a back cover or not.

Of course, the screen will still be the main component of every smartphone today and the screen size is what determines what the smartphone looks like. Users want bigger screens, but when stretching the diagonal of the screen, the overall smartphone will become oversized and difficult to handle. 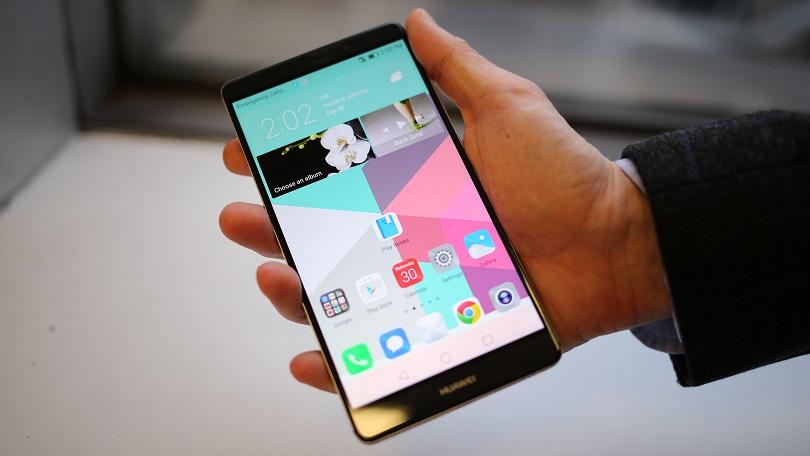 And to solve this problem, manufacturers started making smartphones with longer screens, with a wider screen ratio, and most recently the Xperia 1 with a 21: 9 screen. However, this is not much help because the thumb is the shortest finger and when the screen becomes longer, most of the screen area becomes unusable.

And so manufacturers decide to let users choose what they want to "sacrifice": screen or convenience. That is the reason that now a series of high-end smartphone models have many different screen sizes, to suit the tastes of more users. This solves one of many problems, but not the problem we are talking about. There are some highlights in smartphone design that they play an important role in deciding whether to use the phone comfortably. 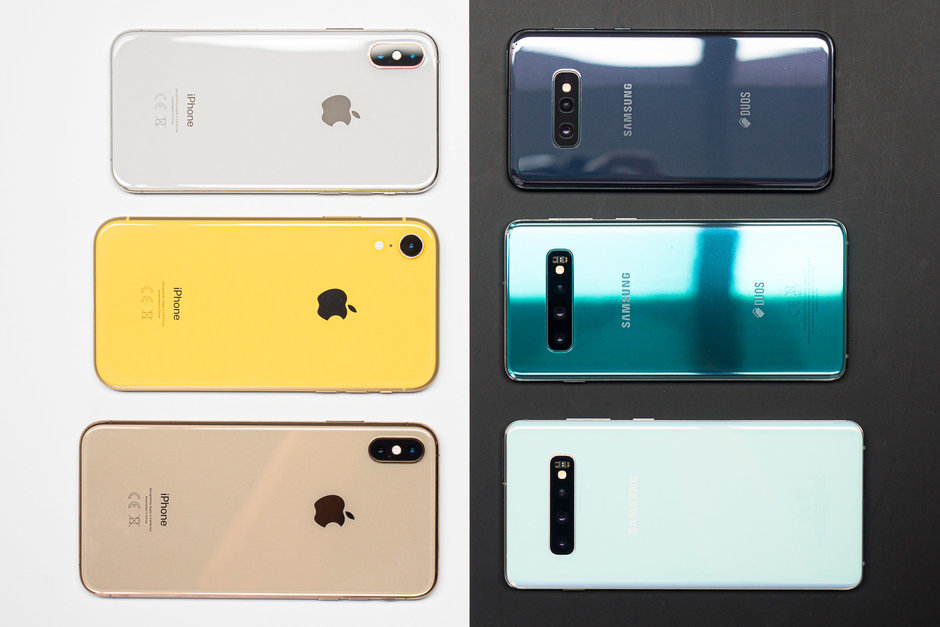 On most smartphone devices today, there are 3 things that we need to reach with our fingers every time we use the phone. Of course not the screen, but the hard-key cluster (source, volume) and fingerprint sensor. These factors don't seem to be too important when we choose to buy a smartphone, but once misplaced, they can affect your daily use experience throughout the process. use, may be many years. 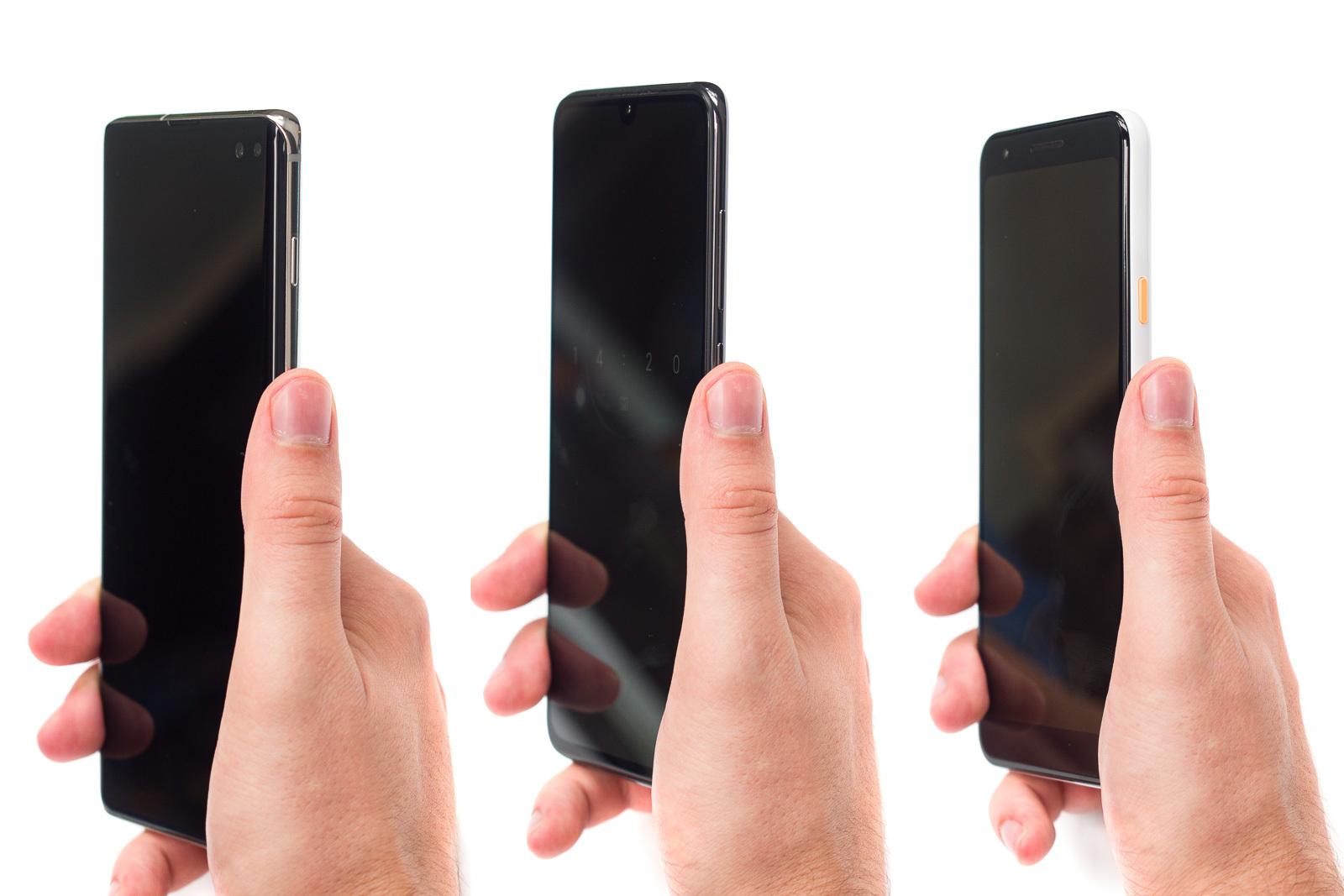 Examples of misplacing the power button can be listed as the Galaxy S10 and S10 +. Not necessarily wrong, it's just too hard to reach when compared to most other smartphones, because the buttons on the Galaxy S10 and S10 + are set too high, out of reach of the user's thumb. This may lead to an increase in the likelihood of users dropping their S10.

Therefore, while the overall design of the Galaxy S10 and S10 + may be almost perfect, unless you have a really empty hand or a really long finger, then this button position will bother you are extremely uncomfortable. Of course, features like "raise to wake" or "double tap to wake" will help somewhat, but you'll still have to use the power key to lock the screen, right? 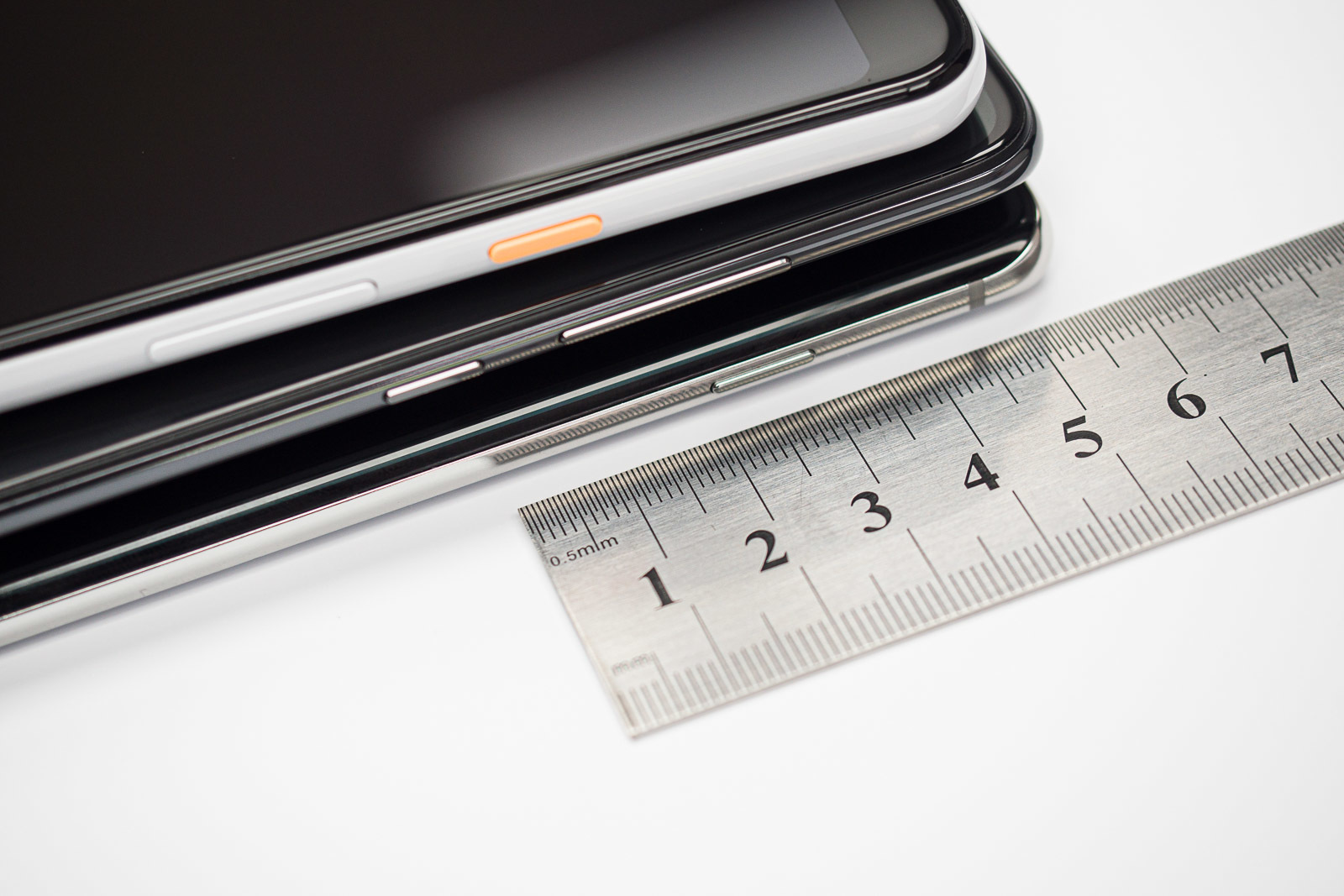 That's the "story" about the power key and volume keys, so what about fingerprint sensors? Unlike the two hard keys above, the manufacturers have a lot of pretty "silly" locations to set up fingerprint sensors. Surely we still remember the location of the fingerprint sensor on the Galaxy S8 and S8 + duo, right? This is a good example of how misplacing a fingerprint position affects a user's experience. "Thanks to" this "silly" position that the main camera of the machine often needs to be cleaned by users all put the wrong finger on the camera lens. 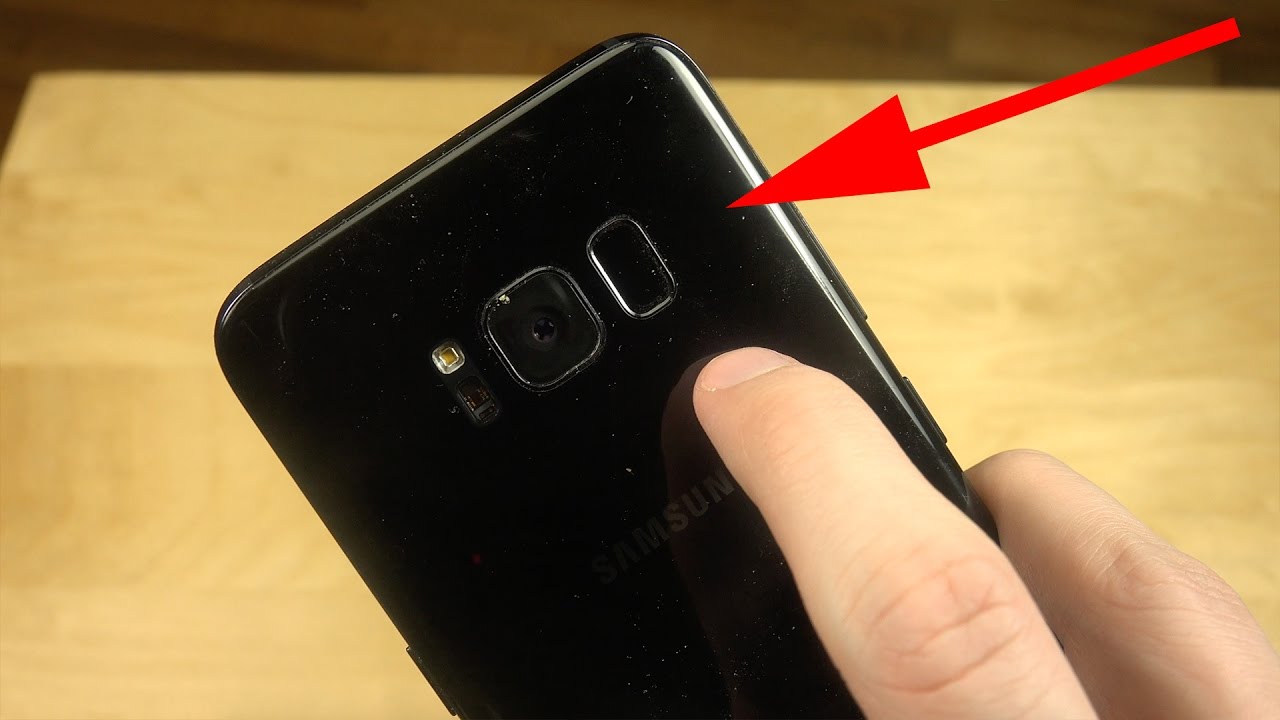 However, no manufacturer does not know about the mistakes in their smartphone design, because from the design, manufacturing to testing, smartphones need to go through strict censorship steps. tight. So why do these "poor" design details still appear?

Limitations that we cannot see

Although smartphone manufacturers will never announce the reason behind the "silly" things they have in design, however, we can make some reasonable assumptions as follows.

Hypothesis 1: "Interior" inside the smartphone determines the external design

Manufacturers, especially designers, must consider not only what the smartphones will look like, but also to comply with the device's behavior with internal components. This means that there will be certain limitations when placing specific features around the smartphone's body. Components need to be connected from the outside to the inside and then to the circuit board. This is not an easy process.

While smartphones are becoming more and more beautiful and shiny today, their "interior" is still more "mess" than ever. That is why until now, no manufacturer has released a transparent design version completely, because the components inside the smartphones are not really as beautiful as the outside. 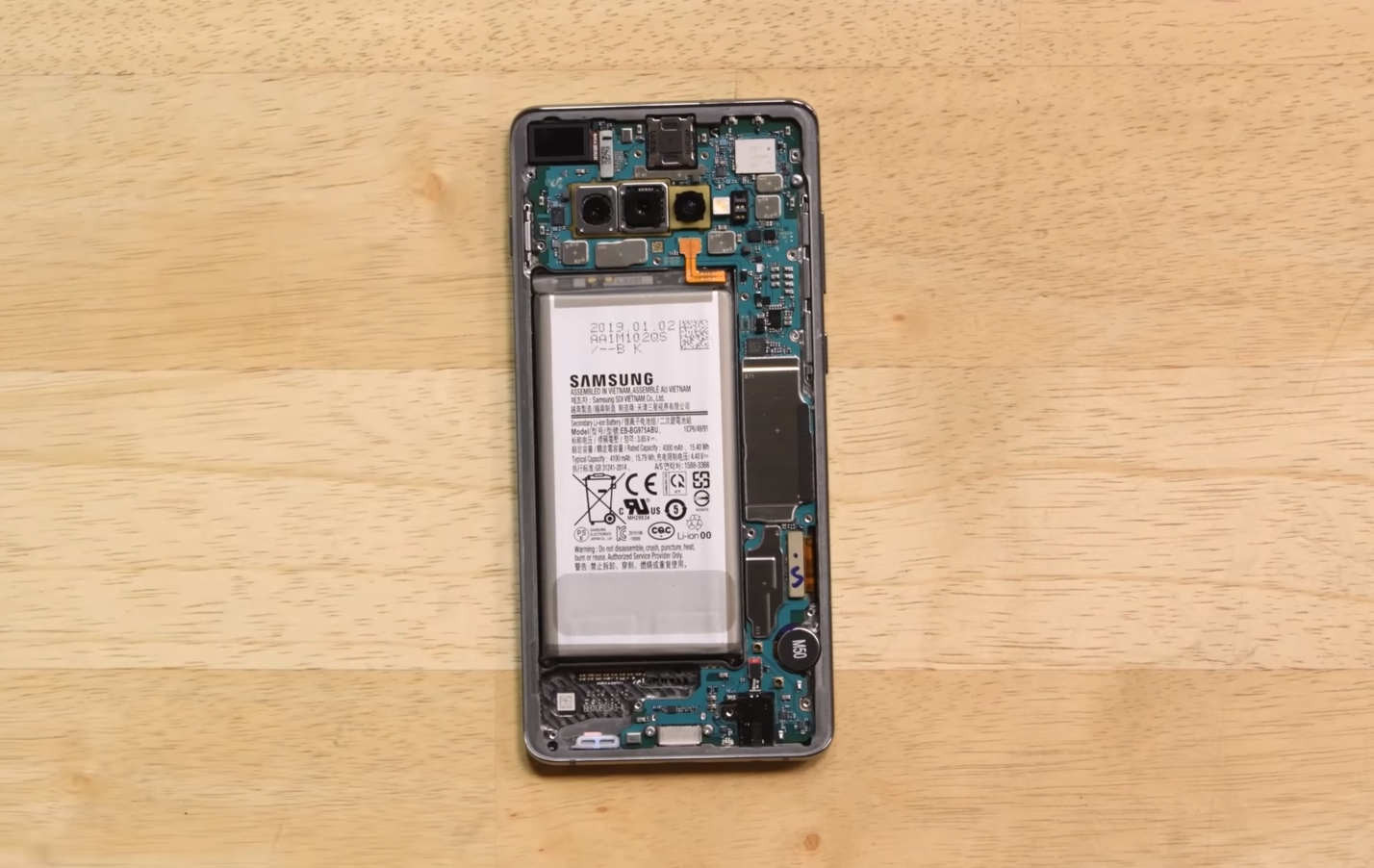 Today, manufacturers are trying to please users by "stuffing" a large capacity battery into their smartphones. This forces the designers to sometimes "sacrifice" some small details about the design to be able to match what the manufacturer has to offer, in a very small space, it is even smaller when Battery tablets become bigger. This results in physical hard keys, or fingerprint sensors being slightly misaligned and misplaced.

You must be thinking: What is the power key related to the durability of a smartphone? It may be true, but the "hole" that is used to place these hard keys is related to the durability and rigidity of the device. The metal frame of the smartphone is the skeleton of the device, not only to hold and fix component components, but also to make sure your device does not bend when placed in a pocket.

Of course, once you have to "drill" a few places to fit the power key and volume keys, make sure that the smartphone's metal frame becomes weaker, which is especially true when manufacturers Drill holes on both sides of the device and at the same height, thereby creating a horizontal line at which the device is most easily bent. Although there are still many smartphones on the market that have a hard-key design in such a position, it is because the manufacturers have to reinforce the inside of the frame to increase durability. Of course that will cause us to spend an extra part of the space inside the machine. 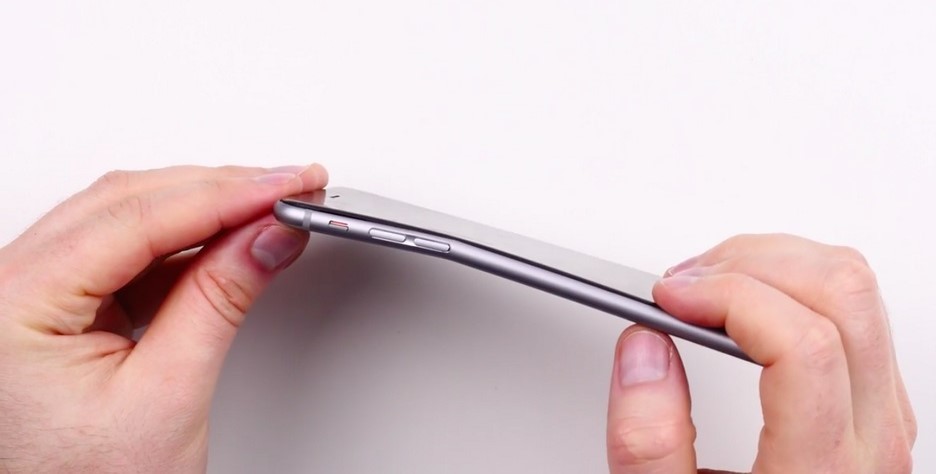 The iPhone 6 and iPhone 6 Plus duo will probably be a good example for this assumption. The 2014 "Bendgate" scandal has made Apple's early iPhone 6 models easily bent, even if it is in a pocket. This incident is definitely related to the design and reinforcement of the machine's metal frame, as Apple may have missed the "weakness" on the chassis to try to bring a slimmer, lighter design to the user. And as a result, thousands of people who have experienced an unused machine situation have been bent.

After all, today's smartphones will still have certain weaknesses in the design, as well as manufacturers need to blend in between the external appearance and the interior to not affect the experience. user. Of course not for the above reasons but we ignore the points except for the design or the points we don't like. Users use the final product and if the design team is forced to "sacrifice" certain elements, the overall score will reflect these factors. And finally, users will still have different choices when choosing to buy their own smartphone. Choose smartphones that you feel most comfortable using.

48 hours of streaming to fight against student insecurity