Why did a 4KB RAM computer once brought people to the Moon, but now 4GB of RAM is not enough to play games?


In 1969, NASA astronauts became the first humans to set foot on the Moon with the Saturn V rocket researched and developed by the agency. To many people, it is strange that such a great human move has been made on a computer with only 4KB RAM, compared to today, with about 4GB of RAM – 1 million times larger. last time – you can’t even play some average graphics games.

But in fact, the fact that humans set foot on the Moon with 4KB RAM is only part of the truth. In total, on the Saturn V rocket to conquer the Moon there are 4 computers, not just one. 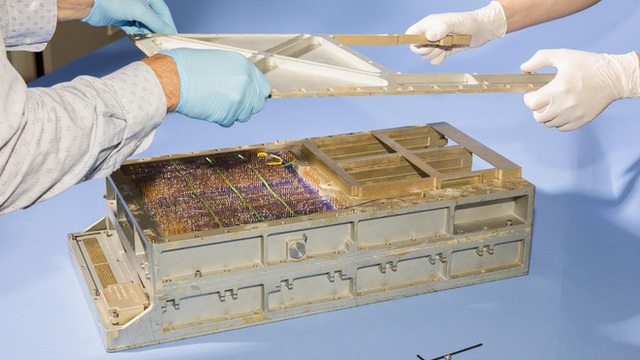 AGC computer guided the spacecraft Apollo to the Moon

It is true that only one of these computers can be used to control this missile into orbit and to the moon, but there are still other computers such as the Apollo Guidance Computer (AGC) along. two computers on the module landed on the moon (Apollo Lunar Module – ALM). An ALM computer is like a navigation computer but different from software, and the other ALM is used in exit situations.

Even so, these are still not all the computers used to send humans to the Moon. At the center of the ground, there are mainframe computers doing complex tasks like calculating the distance to the moon and back. The computers accompanying the astronauts only follow the route outlined by the central computers. 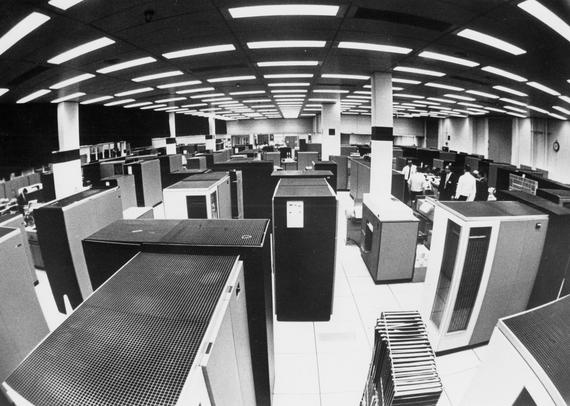 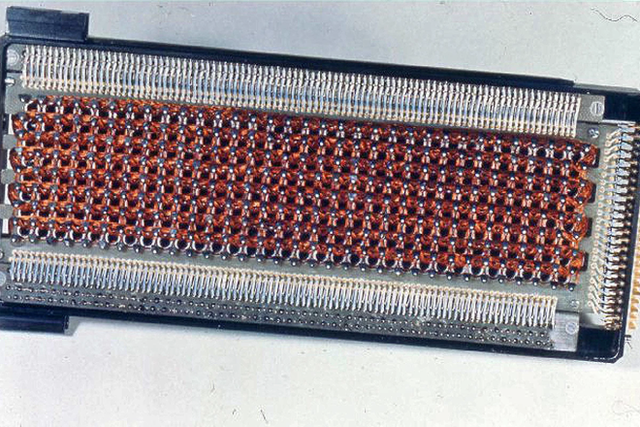 ROM memory on the AGC computer of the Apollo Moon

These mainframe computers have 1MB of RAM per device. The AGC navigation computer has 38K 16-bit words. So yes, this computer has 4KB of RAM, but it also has 72KB of read-only memory (ROM memory) for storing programs. Moreover, the machine’s user interface is also extremely minimal and has no graphic elements. The lines of code are also written in Assembler machine language, so there is no need for an operating system to reduce the amount of RAM used.

That means to put the first humans on the moon, computers need a much larger amount of memory than 4KB RAM, possibly up to more MB RAM, but compared to the gigabytes of RAM available to current computers. Now, this number is still too small. Why is that?

Why do today’s computers need so much RAM?

Graphics, not to mention high-quality graphics games, are the main reason modern computers need so much RAM. It is not too much to say that the complexity of rendering 3D images in Full HD resolution is much greater than that of sending humans to the Moon. 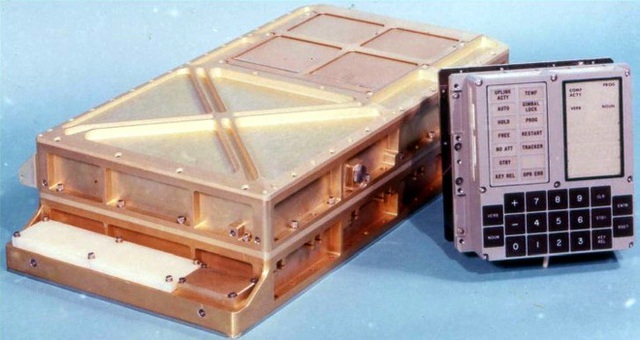 Astronauts only have to process simple text on the screen, like MS-DOS before. With these lines of text, there is not too much RAM to store and process. With 4KB RAM, it can hold up to 4,096 characters of text – while a small resolution image can now take up 2MB of memory.

What’s more, the missile’s computer calculations are performed only once and displayed on the low-resolution screen. Meanwhile, with current monitors, which typically have Full HD resolution (1920 x 1080 pixels) and a refresh rate of 60 Hz, in-game computations have to perform up to 124 million times per second to display the image on. screen. 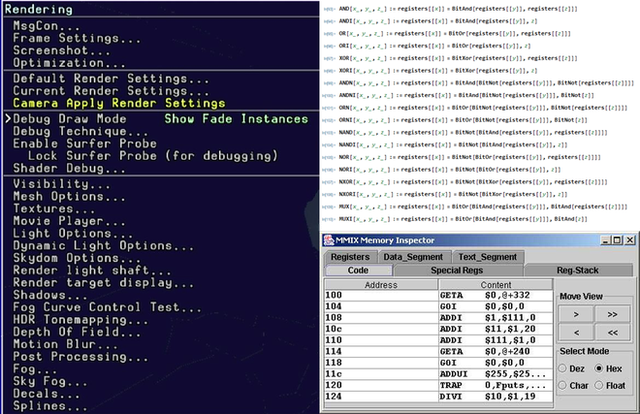 You want to see this picture …

… or this image while playing the game

That is not to mention the graphical effects in modern games, it constantly changes every time you move the mouse or press a button on the keyboard. Even if you do nothing, the status of the program changes, the world in the game always has objects moving or interacting with each other.

For example, in order to get the characters’ hairs to move like a real person, AMD had to write a new library of code called TressFX, which took up 2GB of graphics memory as soon as it was booted up. In order to handle the hair’s movement while in the wind, in water, or climbing mountains and running, the computer has to continuously perform trigonometry as well as 3D calculations to accurately display pixels on the screen. That is not to mention the other movements in the game.

Either way, rocket technology has gone a long way compared to the first time humans set foot on the Moon nearly 50 years ago. Components like RAM, memory or sensors and processor aren’t as expensive as they used to be. Even so, the processing power of the computer on each journey into the human universe is still far behind the minimum configuration for the graphics game.

SpaceX’s Falcon 9 rocket, which holds the world record for reuse, is powered by only three x86 dual-core processors and runs Linux on each core, for example. Meanwhile, in order to smoothly run today’s high-graphics games, computer CPUs often need 4 cores, 8 threads or more. That is not to mention the GPU or RAM, all of which must have large parameters to meet the needs of these games.