The year 2020 is a difficult year for smartphone manufacturers when market demand plummets due to the Covid-19 epidemic. Therefore, the year 2021 is predicted to be a boom year when smartphone manufacturers will release strategic cards to regain market share. So what’s the smartphone trend in 2021? What will Huawei do to get back in the race, what do Samsung and Apple need to do to differentiate and continue to lead the market? Let’s find out with me!

Square edges will be the main design trend of the 2021 smartphone?

Smartphone design in recent years has not had many breakthroughs. Most smartphones are getting bigger, thinner, and more and more similar. 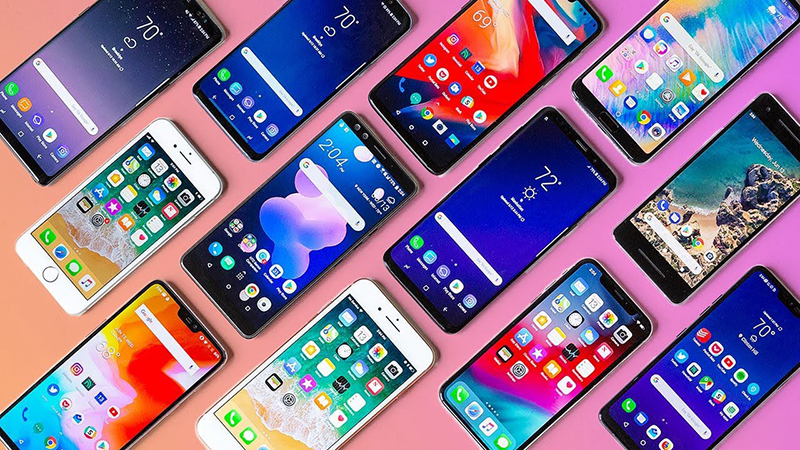 When the creativity on smartphones is limited, will the “old bottles” be brought out to “pour new wine” by smartphone manufacturers?

Since 2014, every iPhone has had the same curvaceous design. But Apple has surprised the world by bringing the “outdated” design of the past to the iPhone 12 generation. 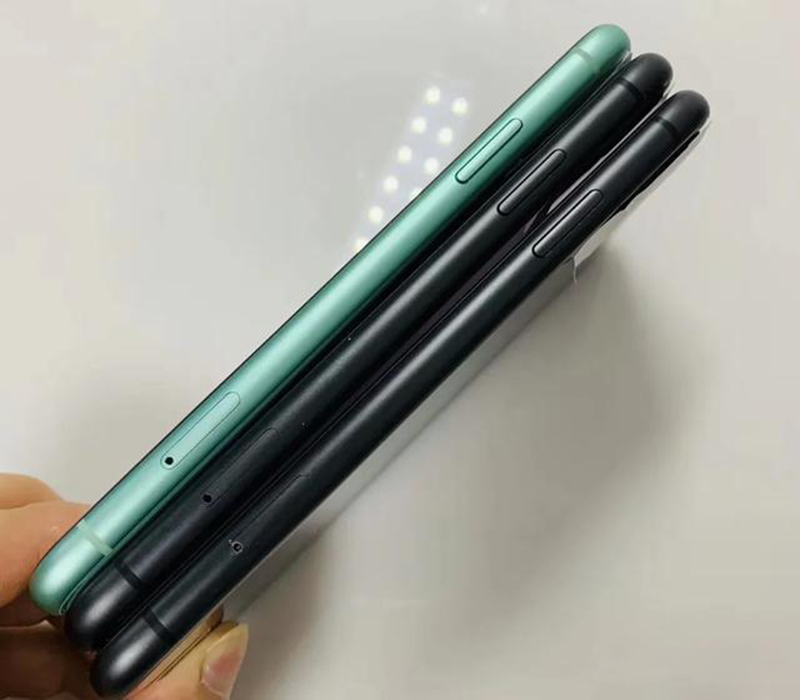 From iPhone 6 onwards, all iPhones have a soft design. (Source: Q578)

This mix of old and new is a lovely combination. This is a much-needed improvement that revives an arguably outdated design language.

In fact, as smartphones get bigger and bigger, our grip capacity also becomes more limited. A large screen smartphone comes with a rounded edge design, the probability of sliding your hand leading to falling apart is very large. 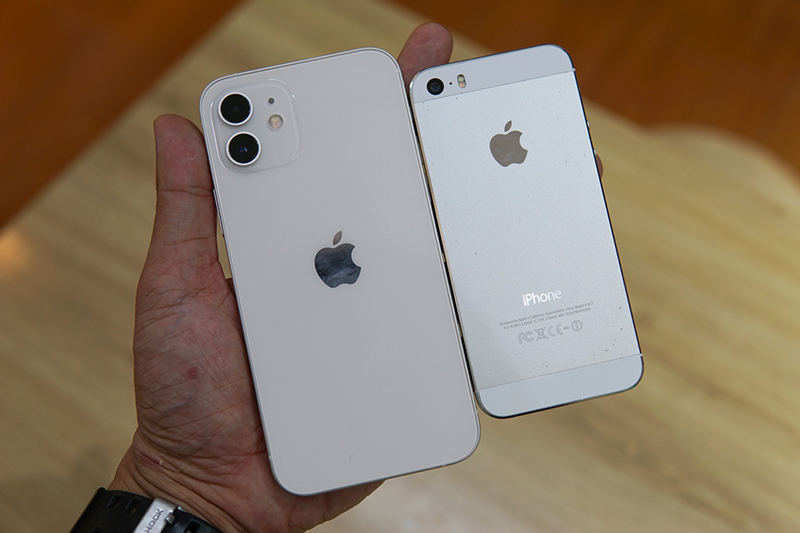 iPhone 12 has a design similar to the iPhone 5 with square edges. (Source: iFan.r)

The square design will overcome the above problem when it feels a lot more solid to hold. This is probably the reason why Apple chose this design for its new iPhone generation.

Huawei is a smartphone company that catches the trend very well when it just launched the Huawei Nova 8 SE with a design identical to the iPhone 12 series. Maybe this is a step to explore the market of Huawei before releasing more premium versions with square designs. Nova 8 SE with a square design like the iPhone 12 series. (Source: Huawei)

With its great strengths and the first shot of Apple and Huawei. The square edges are sure to be the main design trend of the 2021 smartphone.

During the last decade, smartphones increasingly had larger screens to meet the needs of entertainment and gaming. Most smartphones today have large screens of 6 inches or more and a body that is larger than the palm of a hand.

The majority of smartphones on the market are over 6 inches in size. (Source: Flashfly)

Apple is the only company that has chosen to go against the trend with the introduction of the iPhone 12 mini with a 5.4-inch screen size, marking the return of a powerful small-screen smartphone after many years.

Smartphones these days are too big and heavy to hold comfortably in the hand. Users are also bored with long-distance smartphones like TV remote controls. 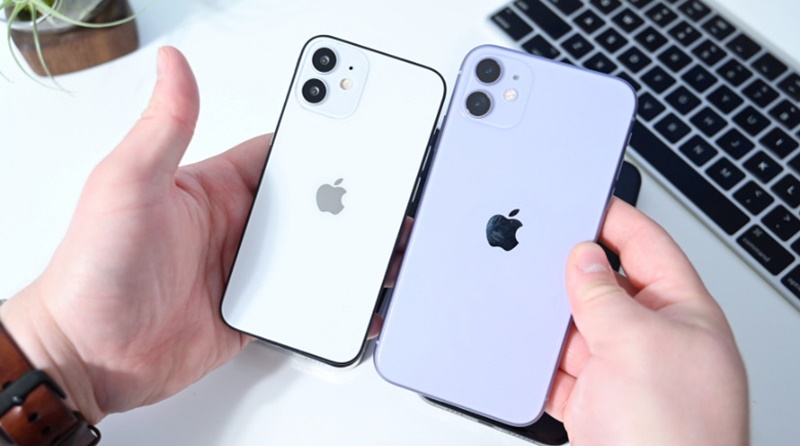 With small-screen smartphones like the iPhone 12 mini, we can easily use it with one hand. You can both use your phone and pocket, hold a coffee cup, hold a wallet, .. without any difficulty.

The small size also helps mini smartphones have a much more competitive price. In the same configuration, the iPhone 12 mini has a lower price than the standard iPhone 12 by nearly 3 million dong. This helps people to easily access the most modern technologies at more reasonable prices. 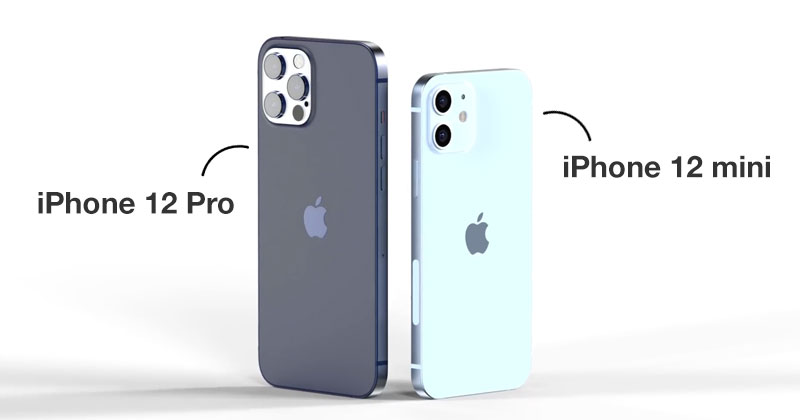 Small screen size but still strong configuration is the attraction of the iPhone 12 mini. (Source: Techmoblog)

The iPhone 12 mini is getting a very good response from the market. This is a clear signal for the Android mini flagship series launched in 2021.

Camera is a one-to-one battle

Although smartphone cameras still have certain limitations, but manufacturers are increasingly trying to attract buyers with higher resolutions, module 4 even 5 camera comes with winged advertisements. 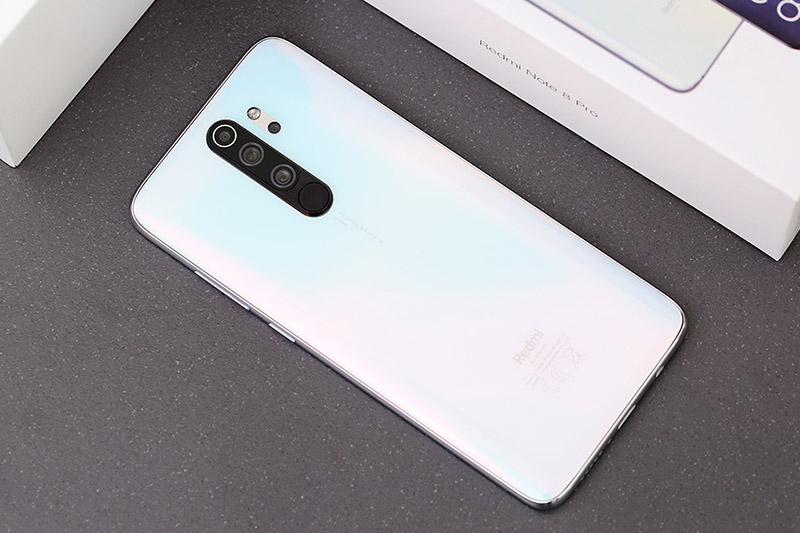 Xiaomi Redmi Note 8 Pro is the first smartphone in the world with a 64 MP camera. (Source: TGDD)

48 MP, 64 MP and even 108 MP main camera is what Android smartphone makers are equipping their devices to attract users. Xiaomi is the most active in this resolution war.

Out of the race for resolutions, Apple brings breakthrough camera technologies to its devices with LiDAR Camera, Dolby Vision recording, AR technology, … 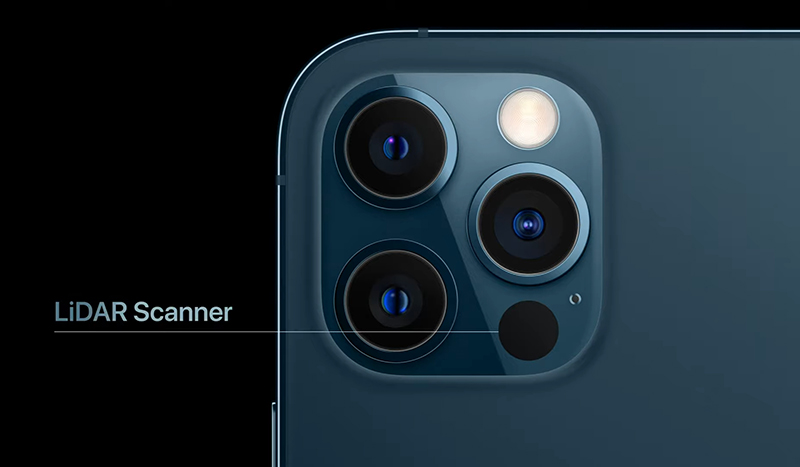 Meanwhile, Samsung and Huawei are the two companies that choose to reconcile the two factors above when upgrading the resolution, the number of cameras and also the photography features. 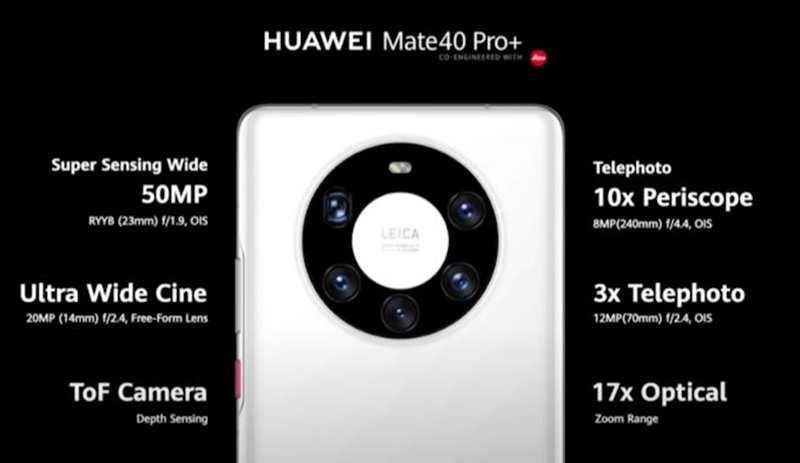 2020 is a boom year for screen refresh technology as most smartphone manufacturers like Samsung, OnePlus, OPPO, Xiaomi and Realme have released devices with refresh rates higher than the standard 60 Hz. . 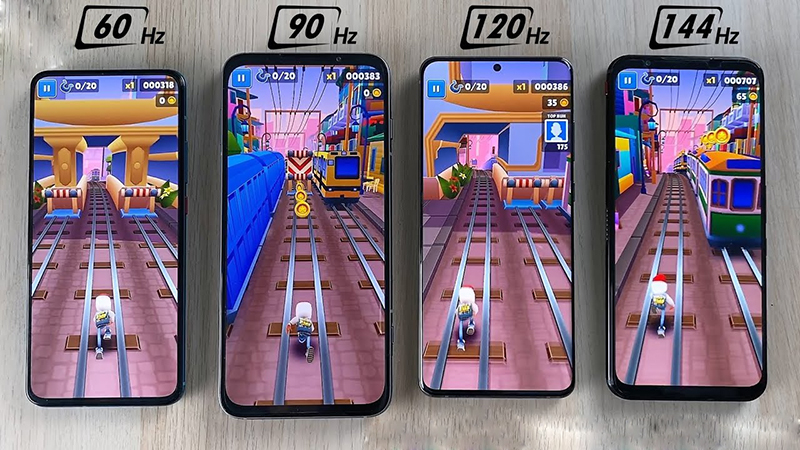 This race will help users to quickly access new technology at a more reasonable price. And soon, a 120 Hz refresh rate will become the standard in smartphone displays by 2021.

Flexible screen smartphones will become popular and cheaper next year 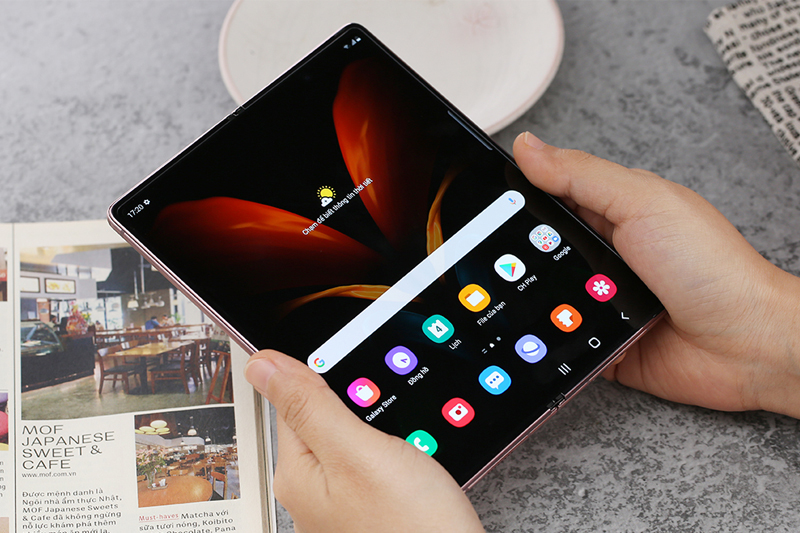 Samsung Galaxy Z Fold2 is the 3rd generation of folding screen smartphones in the world.

Having started almost at the same time as Samsung, but Huawei is lagging behind when it doesn’t have any new devices except the Huawei Mate X which is only sold in China. Most recently was the participation of Motorola with its own 5G folding screen smartphone Razr and was sold in the US, Europe and India.

In addition, Apple, Xiaomi and OPPO have also filed for a clamshell foldable phone patent with the World Intellectual Property Organization (WIPO). 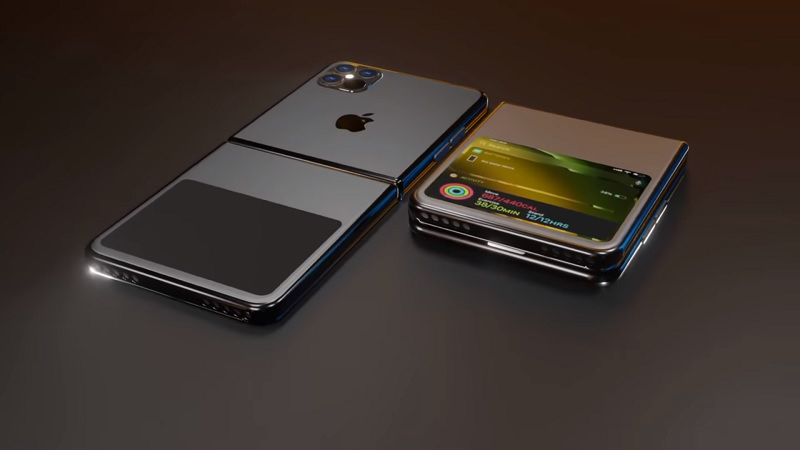 Flexible screen phones are still not getting much attention in 2020. However, with many manufacturers filing their patents, 2021 is expected to be a boom year for flexible screen smartphones.

It is too early to confirm what is the trend of smartphone 2021. However, with the launch of the iPhone 12 series at the end of 2020, it has partly shaped certain trends of smartphones in 2021.

Will Android smartphone makers continue to learn Apple’s design or choose a new direction? And Apple has to stay out of the game with high refresh rates and flexible screens. All will have the answer in 2021, a year that is predicted to be the explosion of the mobile technology industry in particular and information technology in general.

In your opinion, what are the smartphone trends in 2021? Leave a comment below to let me know.

See also: Come to think of it, can refresh rates become the standard in smartphone specs in the near future?

Inventory of 32 medium and large game companies in Shenzhen

how much money did the best geek streamers make in 2019?

Post Views: 53 Playing video games can make a lot of money. Thanks to streaming platforms, some gamers reach annual revenues of several million. Here is the list of the richest streamers of 2019. Forbes magazine published a ranking of the 10 players who won the most money last year. On YouTube, but also Twitch […]