Where are you going, angel? BTS Jin, elegant beauty in Louis Vuitton pictorial

In the released pictorial, Jin perfectly digested the white jacket, pink round tee, and white pants, and caught the eye with the golden ratio physical.

The combination of Jin’s mysterious hair color and luxury sidelines on a calm gray tone background evoked the illusion of seeing a man in a masterpiece.

Fans say, “Sukjin is like a prince. You are really cool”, “Elegant male god Kim Seok-jin”, “Sukjin is something. Pink and white are really perfect”, “Isn’t Seokjin a famous painting or statue?”, “Louis Vuitton really suits you. Luxurious and luxurious “You’re really handsome. Every time you see it, you’re the best. It’s thrilling”, and “Is it an angel. It’s so beautiful”, etc. 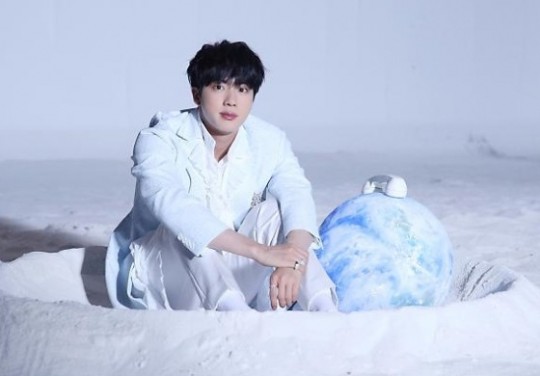