What is Physiotherapy Using Pulsed Electrotherapy?

Due to the unique nature of each person, a large number of people find electrotherapy to have a positive effect, but for a few, no significant effect. The medical literature on the effectiveness of pulsed electrotherapy is plentiful, but not all pulsed electrotherapy treatments have been rigorously researched and reported. The Food and Drug Administration (FDA – USA) verifies that these medical devices are safe to use.

Electrotherapy is one of the pain relief options that is gaining attention as the potential risks and side effects of pain medications are becoming increasingly apparent. 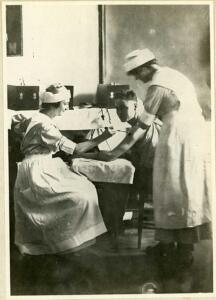 Attempts to use electricity to aid in healing have been around since ancient times. But the therapy really gained popularity starting with the treatment of anxiety and depression, and the number of potential applications has increased since then. Electrotherapy has been used to address general chronic pain and fatigue such as:

Pulsed electrical therapy comes in many forms, but the most common is transcutaneous electrical pulse stimulation, or TENS.

The exact mechanism of pulsed electrotherapy is still being intensively studied. Pulsed machines can directly block the transmission of pain signals along nerves. Additionally, pulsed electrical stimulation has been shown to promote the release of endorphins, natural pain relievers produced by the body.

Side effects of electrotherapy

The most common side effect of pulsed electrotherapy is skin irritation or rash, caused by adhesives in the electrodes or the tape that holds the electrodes on the skin. Overuse of the pulsator can cause a burning sensation on the skin. It is necessary to strictly follow the instructions of the doctor about the duration of treatment.

The pulsator should not be applied on malignancies or areas with damaged or infected skin.

Placing electrode pads on the heart or leads of a pacemaker can cause arrhythmias and placing them on a pregnant woman’s abdomen can cause fetal harm. In fact, people with pacemakers and pregnant women are often advised to avoid pulsed electrotherapy altogether.

All electrotherapy machines have certain similarities, such as the use of electrical energy to feed electrodes. However, pulse machines vary in frequency, waveform, and effect. Here are some of the most commonly used types of electrotherapy:

Therapy using therapeutic ultrasound and lasers is also often grouped with pulsed electrotherapy, or a broader subgroup of physical therapies that use electricity, though not produce an electrical current. With ultrasound waves, sound waves are directed to the affected area to speed up the healing process. Laser therapy can also be used to help tissues heal and provide a more targeted and intense treatment.

See more: Pulse Machine – What is the difference between TENS and EMS?

TENS therapy typically uses sticky electrodes connected to a pulse machine. Electrodes are placed on the painful area, electric current is sent through the electrodes, stimulating the sensory nerves and producing a tingling sensation that reduces the sensation of pain.

The pulse machine allows different parameters to be set, such as high or low frequency currents, as well as complex excitation patterns. 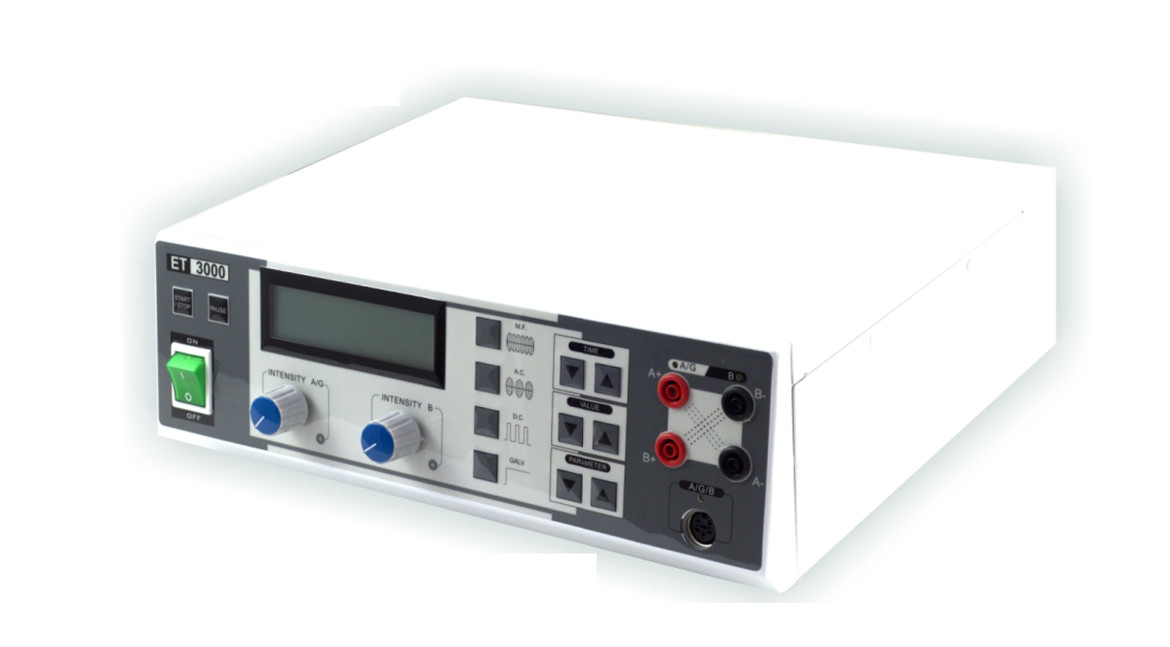 Patients can try TENS therapy during physical therapy at clinics or hospitals that specialize in physical therapy. This gives you a chance to see if pain relief is enough before considering buying a pulser for home use.

Transcutaneous electrical pulse therapy is usually given for about 30 minutes at a time or run continuously. Can be treated overnight in some cases (consultation of a therapist).

Patients respond to TENS very differently. While many people find pulsating machines to have a positive effect in treating their bodies, TENS doesn’t relieve pain for everyone. This is because everyone’s body is different.

Conditions commonly indicated for the use of TENS pulse machines:

Neck pain and stiffness. In a study of people treated in several clinics with TENS therapy. The pain has decreased markedly after a short time of treatment

Low back pain commonly treated with TENS, but studies have shown conflicting results among different patients.

Nerve pain due to diabetes was significantly reduced for those treated with TENS in the three medical studies analyzed. The effect lasted six weeks after the study.

Fibromyalgia. Tolerance to physical activity was significantly improved for patients after a single TENS treatment in one study.

TENS is usually applied at the site of pain, but is sometimes effective when used in other areas as well. It is recommended to experiment with different electrode placements and use the TENS device for a few days before purchasing it. Attaching electrodes to the area around the site of pain, on a nerve in the area of ​​pain, or even on the opposite side of the body, can be helpful.

Transdermal electrical stimulation is a method of electrically stimulating pulses through fine needles through the skin (similar to acupuncture).

Similar to TENS, small wires are connected to the pulse machine. One key difference is that primary electrodes are tiny needles that deliver electrical current closer to a nerve or muscle beneath the skin. PENS therapy can be used in a health care or physical therapy setting, but can also be used at home (a doctor’s advice is needed).

While some people see immediate improvement, some may require multiple treatments. Treatment usually lasts about half an hour. Reducing muscle spasms from PENS therapy may allow for a greater range of motion, leading to better overall physical performance.

The EMS electromechanical stimulator looks similar to a typical TENS device, with electrodes attached by wires to the pulser. With EMS therapy, electric current is directed at weakened muscles, rather than nerves, causing the muscles to contract and gradually regain strength.

EMS can be useful for rehabilitation after a fundamentally weakened muscle or for less severe conditions, such as a pulled muscle.

One medical study looked at EMS for the treatment of muscle atrophy following anterior cruciate ligament reconstruction surgery. Half of the participants received EMS therapy, with a control group receiving no treatment. People who use EMS have thicker muscles and better knee recovery three months after surgery.

While EMS can be helpful in gradually building muscle, people considering EMS are advised to see a specialist for advice before adopting any home remedies.

PEMF can be used after spinal surgery to promote bone growth and increase process strength in people at risk of poor bone growth.

By promoting bone formation, PEMF therapy can avoid the need for a follow-up surgery. PEMF therapy is commonly used at home with wearable devices for certain conditions prescribed by a doctor

The medical literature also points to the benefit of PEMF therapy for people with persistent back or leg pain following back surgery. In one study, one-third of participants receiving twice-daily PEMF treatment for back surgery syndrome for 45 days experienced a more than 30% reduction in pain intensity.

Studies have also shown PEMF’s ability to reduce knee pain caused by osteoarthritis of the knee. In one study, people who used a PEMF device for a month experienced a 25% reduction in pain and an improvement in quality of life, compared with those given a placebo device. More than a quarter of PEMF participants stopped pain medication

Interference Current (IFC) can be considered as a deeper form of TENS. The interference current uses a high frequency carrier waveform (4000 Hz), which penetrates the skin more deeply than a conventional TENS unit, but the user will experience less discomfort regarding the level of stimulation. This results in a TENS-like signal that goes deeper under the skin than the standard TEN unit allows.

IFC is used to improve mobility, reduce swelling, and reduce muscle spasms. To promote faster healing, some patients may use interventional therapy several times a day for up to a month after surgery.

Studies in the medical literature illustrate the usefulness of IFC. One study reported that a group of 64 men and women with chronic low back pain were treated with current interventional therapy, compared with a group that experienced reduced disability and pain perception.

Another study of people with chronic fatigue syndrome showed significantly faster symptom improvement in participants who received IFC treatment combined with acupuncture compared with those who received only electrical acupuncture.

Galvanic stimulation is most useful in acute injuries involving large tissue trauma accompanied by bleeding or swelling, and is also used in the ear to treat balance problems.

The electrodes can be attached to different parts of the body, including the back and ears.

The DC current creates an electric field across the treated area that, in theory, alters blood flow. The yang pad acts like ice, reducing circulation to the area under the pad and reducing swelling. Acoustic pads work like heat, increasing circulation and are designed to speed healing.