Webvision A69 journey camera review: too many features – VnReview


Smart camera camera today is no stranger to Vietnamese drivers. However, the new design of the cars that are appearing on the market requires meeting the installation and aesthetic requirements when placed on the car.

Today, VnReview will be on hand and experience a model camera journey to meet these factors, which is the Webvision A69 journey camera. Webvision car camera products are now officially distributed by Vietnam-class camera company (www.webvision.vn) in Vietnam. The Webvision A69 has a genuine selling price of 5.99 million VND and a 2-year warranty and is renewed in the first year.

Each generation of products has seen Webvision upgrade the box quality and A69 is no exception. Compared to previous models, including the N93 model we reviewed a while ago, the A69 has a more eye-catching case thanks to blue tones instead of the previously used yellow / orange colors. 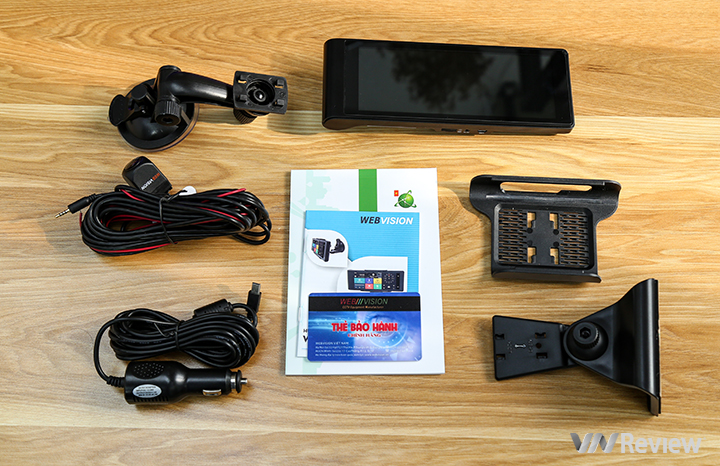 Inside the box, the manufacturer places the camera on the top and accessories such as racks, charging cords and rear camera are located at the bottom. Overall, this is a familiar open box experience for tech followers. 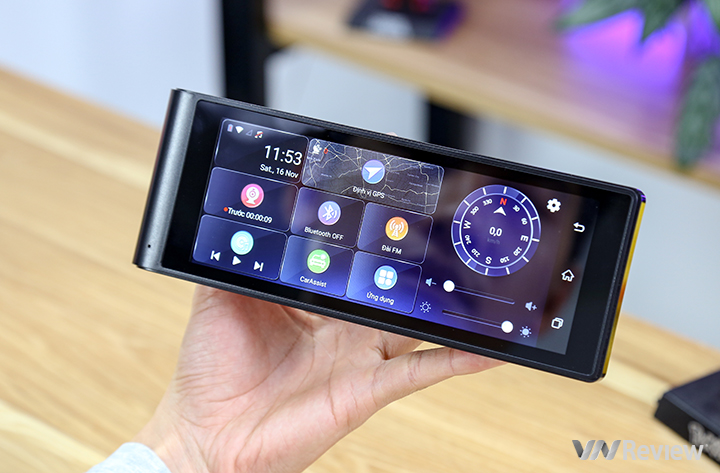 Unfortunately, in terms of product design, Webvision has not made a great progress. Like the previous products, A69 has a less luxurious lump design: the whole product is a sturdy "plastic block" and does not have many accents. Of course, the greatest need for users to buy cruise cameras will be durability so this block design will not be too big a minus point. In contrast, plastic casing is a commendable choice because of its much better impact resistance than other shell materials.

Compared to the majority of camera models on the market, Webvision A69 is the same product as the smartphone that we have ever tested. Most of the other cameras have a GoPro-like square design, with a foldable base / case like Webvision's old N93 product or a square block like a capacity camera. The flatter design (though still quite spacious) allows the A69 to be used as a regular smartphone, especially for entertainment when the driver has to wait in the car. 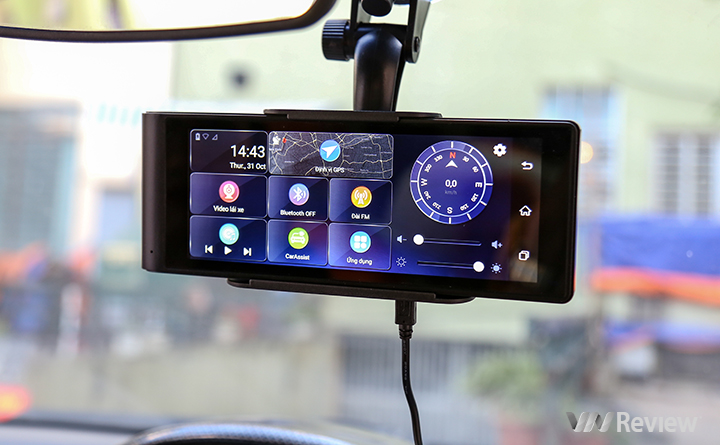 This design also allows the A69 to eliminate the biggest weakness of its predecessor to use it on taplo. Also by eliminating the folding mechanism and switching to the monolithic design, A69 will reduce the risk of endurance for wiring, coupling and etc. of the folded camera. Whether placed on taplo or hanging on the glass, 2 accessories are sold by Webvision products also have good rotation that allows the driver to adjust / monitor in a convenient way. 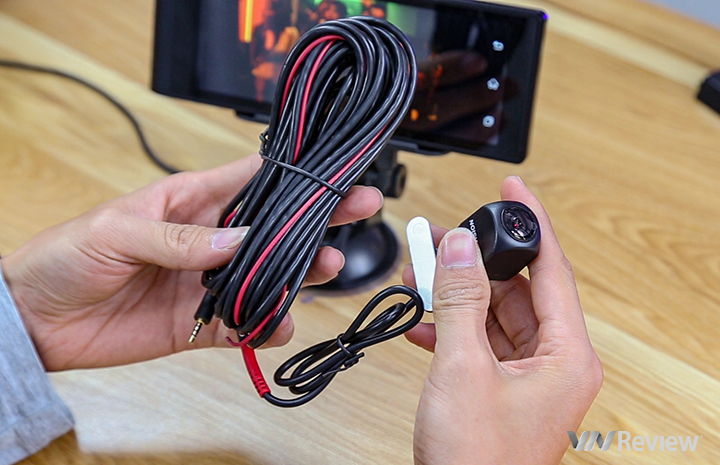 The rear camera wire is also quite large in length to ensure good operation with both 5-seat and 7-seat cars. All of these strengths show that Webvision is becoming more and more refined for the user experience. In addition, Bluetooth connectivity is also a strong point of Webvision. By this connection, the driver can use the camera for hands-free conversation, increasing the safety of the journey. Unfortunately, in terms of installation and use, Webvision still has a small minus point: the product uses Mini USB connection instead of microUSB or USB-C common. Since this connection port is quite old, users will not be able to use the commonly used extension cord for Android smartphones / tablets in recent years. 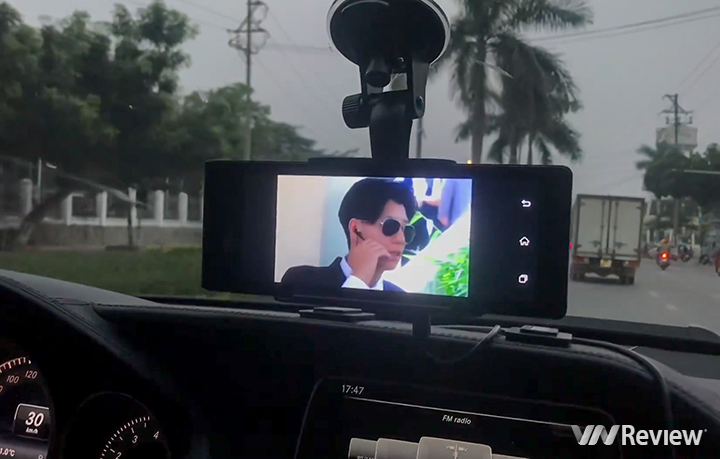 Like other Webvision products, the brand's biggest highlight is still the Android operating system. The use of a smart operating system as well as the presence of 4G and Wi-Fi connectivity allows A69 to be "concurrent" as an entertainment device while the driver stops.

However, because the chip and Android version used on the camera are quite old (MediaTek MT6735, Android 5.1 – 2015), the Android experience on A69 is still inferior to the mid-range smartphone in the market. Of course, the biggest requirement for cruise cameras is still to record … the journey, and in this respect, A69 responds well.

In our experience, A69 continuously recorded the front Full HD 1080p and HD 720p images without any problems. Webvision's latest product also adapts very well to external lighting conditions, whether it's going back in the sun or at night, and the A69 can adjust itself accordingly. 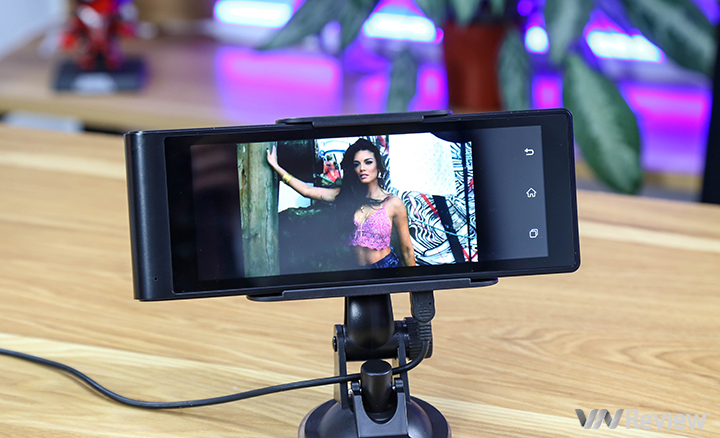 The image is broken down every 2 minutes, allowing the driver to easily find the moment to watch. Screen quality is not as good as smartphone but it is stable and easy to see in all bright conditions. At 6.86 inches in size, the A69's screen ensures the best visibility for the driver, regardless of where it is located on the car or glass. A69 is able to connect to the phone easily through the manufacturer's application. Users can also "live stream" car images from A69 to smartphones. When you need to get off the bus to solve any problems, the driver can use the smartphone to quickly copy and watch the video recorded by A69 without removing the camera from the stand. Even though this feature is not so popular, it is still a bright plus that no camera can provide. Because of using Android, A69 also comes with another useful feature that any driver wants: navigation map, navigation. Our experience shows Navitel map on A69 which is quite accurate in navigating, even when traveling to remote rural areas. Of course, because Android is a multitasking operating system, the camera will still capture images when the driver is using navigation features.

An Android device obviously won't stop at filming and positioning. Taking advantage of the full operating system platform, Webvision has provided A69 with intelligent features beyond the expectations of a cruise camera. The first and most notable is the ability to act as a true driver assistance device (ADAS). When traveling on the road, the A69 can automatically identify lanes and obstacles ahead. Through the smart "eye" of the software, the camera will also automatically alert the driver when their car is too close to the front vehicle or is deflecting. When the car goes backward, the rear camera automatically activates the reverse mode with handy distance lines. Not stopping here, with the data obtained from the navigation system, the A69 automatically notifies the speed limit on each road. All alerts are broadcast by easy-to-listen Vietnamese voice interface, which ensures a safe level of use. The 4G connection available on the A69 opens up even more interesting features. When you are not in the car, you can still watch the image directly on the camera and take a picture if you want. You can use the A69 as a remote vehicle navigation device and can even call the driver via the included smartphone application. Compared to regular phone calls, this communication channel is more convenient and economical. With all kinds of SIM data "terrible", family members can freely talk to the driver via Webvision application without worrying about cost. 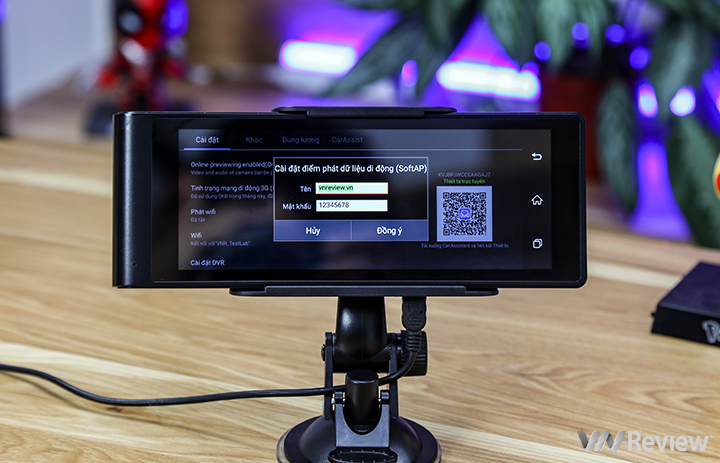 Thanks to being connected to the car's charging port, the A69 also plays the role of a Wi-Fi hotspot from the pre-installed SIM. In this way, the driver can create continuous Wi-Fi space from the car through a single SIM set. Unfortunately, when disconnecting the charger from the car, the battery life of A69 is not very good, the device only works for about 10 minutes, the device runs out of battery. Finally, the A69 also comes with two other Android "specialties" – apps and memory cards. Through the CH-Play app store, you can download familiar applications like Facebook, YouTube, Instagram and easily share the moment you just caught on the road. With support for up to 128GB memory card, A69 not only promises great recording time, but also allows easy storage of large music stores to help make long journeys less boring. Of course, users can also copy DVD videos or install games on A69, but to be safe it is best to avoid doing these tasks. Webvision A69 is a very versatile cruise camera. Not only does it meet the traditional features of journey and navigation / positioning video, the A69 is also capable of replacing ADAS devices that are absent on older models, cheap cars or expensive cars. has … long not paid for the system update for the manufacturer. Android operating system offers features that a normal entertainment device rarely has such as Wi-Fi playback via 4G, full application installation, tracking vehicles via smartphones makes A69 an option easy with Vietnamese drivers.

-) Battery life when not plugged in is quite weak.