Iran could not launch a full-scale war with the United States, but there were still many weapons to continue revenge on General Soleimani.

The question “How did Iran react after the death of Major General Qassem Soleimani” appeared in the minds of policymakers and the US public after the January 3 airstrike. The first reaction that the US must receive is an Iranian missile strike on two bases with US troops stationed in Iraq on January 8, though causing no casualties.

Iran’s supreme spiritual leader Ali Khamenei later declared the missile strike a “slap” on the US face but not enough, because Iran’s ultimate goal was to push the United States out of the Middle East, and Tehran will continue to launch attacks on US interests until this goal is reached.

The threat of Iranian leaders has made many people worried about the risk of a conflict between Tehran and Washington. However, observers believe that Iran will face many difficulties when confronting the US directly.

The sanctions of the US President Donald Trump administration over the years have made Iran’s economy seriously damaged. Its GDP fell by nearly 10% in 2019, oil exports dropped from 2.5 million barrels to less than 500,000 barrels a day.

Inflation in Iran has increased rapidly and now stands at more than 30%, the unemployment rate reaches 20%, government spending increases while the difficult life makes people unhappy.

These economic factors hinder the ability of Iran to have enough budget for a protracted war against the US. However, that does not mean that Tehran is only “threatening” with Washington. Iran still holds in its hands the secret weapons that can launch attacks on American targets by using the proxy force in the Middle East.

The network of Iranian proxies is wide and formidable, including old forces like the Hezbollah militia in Lebanon, the Hamas movement in Palestine and new groups such as the Shiite militia in Iraq. ) or Houthi rebels in Yemen.

The Iranian Revolutionary Guards (IRGC) recently trained and equipped the Shia Islamic Liberation Army (SLA) with 200,000 Shiite fighters recruited from places like Afghanistan, Yemen, and Pakistan to deploy. to foreign battlefields like Syria.

IRGC’s Quds Task Force is primarily responsible for providing weapons and training militant groups backed by the country. Therefore, Ilan Berman, vice president of the US Foreign Policy Council, said that the death of General Soleimani, the commander of the Quds task force, will put these militia groups in chaos, at least in the short term.

Intelligence reports in the Middle East show that Iraqi militia are in “turmoil” after Soleimani was killed and cannot be ready to launch an attack on American or ally targets.

Over time, however, Tehran is likely to regain control of these groups and continue to direct them against the US and its Middle East allies such as Israel, Saudi Arabia and Bahrain. This is one of the top priority tasks for Major General Esmail Ghaani, the new commander of the Quds force.

Cyber ​​war is another Iran’s retaliation against the US. For years, Iran has invested heavily in developing cyber warfare capabilities and organized a series of attacks against Saudi oil companies and US financial institutions to assert their capacity. Before President Donald Trump withdrew from the nuclear deal in May 2018, Iran rarely opened cyber attacks, but focused on collecting information about the new US administration.

The US Department of Homeland Security warned that Iran could launch an attack on its key facilities and cause serious damage, and could launch disruptive campaigns on social networks. The Pentagon and the State Department are not clear on Iran’s strategy to prevent or minimize damage from cyber attacks. 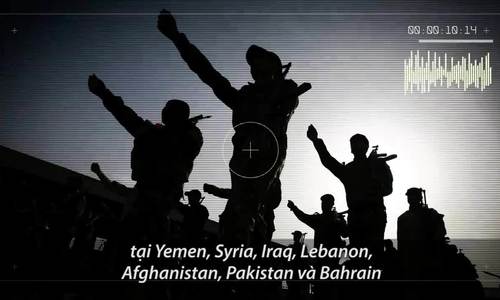 Iran will retaliate asymmetricly for the death of General Soleimani because this tactic plays a key role in their strength. Iranian leaders strongly support the asymmetric strategy of direct confrontations since the war with Iraq in 1980-1988.

Persistent Western sanctions deplete Iran’s regular army. This force encountered many difficulties when buying military equipment, spare parts and materials for operational activities, so it was unable to respond symmetrically with the opponent.

Major-General Soleimani is considered the architect of the art of asymmetric combat Iran. Soleimani spent nearly 25 years developing this tactic, which is why the air strike that killed him left Iran’s proxy forces heavily affected and made Iran more cautious when using asymmetric warfare.

According to expert Berman, Iran in the near future can still consider the cost of an approach to confronting the US in the Middle East and stop aggressive acts if it is considered too high. In the opposite case, the art of asymmetric combat that General Soleimani has built is still the most powerful weapon that Iran can use in the confrontation with the United States.