Thus, Vivo S5 will be equipped with a 5-camera system arranged in a diamond-shaped, instead of only 4 cameras on the back like previous rumors.

In the past month, there has been a lot of information related to Vivo S5 posted online. However, most leaks only reveal the design, instead of the specs of this handset. Recent reports say it will come with a punch-screen design and a diamond-shaped four rear camera system.

Today, a new Vivo smartphone with model numbers V1932A and V1932T has suddenly appeared in the database of Chinese TENAA certification agency, thereby revealing all specifications. It could be the upcoming Vivo S5, which is expected to launch on November 14th. Unfortunately, the TENAA list does not contain any render images of the device. 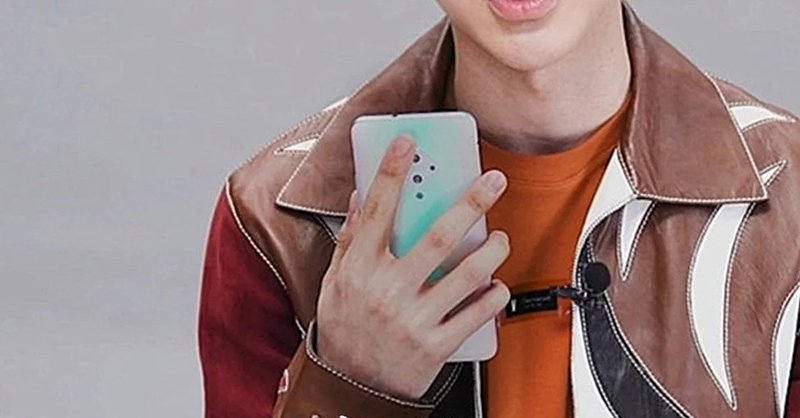 Inside, Vivo S5 brings the hardware power comes from an 8-core processor clocked at 2.3GHz, most likely the Snapdragon 712. The device comes with 8GB RAM, expected to launch in the market with two options. Memory is 128GB and 256GB. It comes with Android 9 Pie pre-installed when sold and does not support microSD card slot.

In TENAA's data, Vivo V1932A has a rear camera system with 5 sensors of 48MP + 8MP + 5MP + 2MP + 5MP, respectively. However, the other variant is Vivo V1932T, which has a 48MP + 8MP + 5MP rear camera. However, the list of both devices confirms that the Vivo S5 will be equipped with 5 cameras on the back. Hopefully TENAA will soon update the render so we can know the exact design of this handset.

Vivo V1932A / T has a 32MP selfie camera, comes with a 4010mAh battery and supports fast charging 22.5W. Currently, Vivo has opened an order for Vivo S5 Cai Xukun Custom Gift Box Edition in China. As expected, the device will officially go on shelves on the upcoming November 22.

Oppo Extends Product Warranty In India Due To COVID-19 Pandemic; How To Avail?