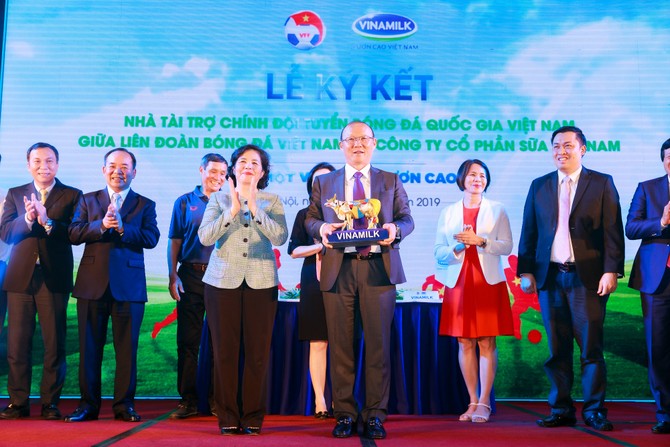 Football is a sport with a very special position in the hearts of Vietnamese fans. The image of playing hard for the colors of the shirt, teamwork and dedication of the national players has inspired millions of Vietnamese fans’ hearts, evoking a spirit of solidarity and Great national pride. In particular, the resounding feats of international stature that the teams have established over the past years have shown the remarkable development of Vietnamese football, opening a bright future with higher achievements of home water sports. As the leading nutrition company in Vietnam and the Top 50 largest dairy companies in the world, Vinamilk always wishes to accompany and support the national football teams to have a physical foundation and conditions. The best training and competition to reap new achievements, responding to the love of millions of hearts of Vietnamese fans, for a rising Vietnam.

At this special event, Ms. Mai Kieu Lien – Board Member, General Director of Vinamilk shared: “As a leading nutrition company in Vietnam, for more than 40 years of establishment and development, Vinamilk has always been towards the mission “Reaching Vietnam”. And I believe that this is also the noble meaning that Vinamilk and Vietnam National Football Team share together. Because football is not only a sport, but also arouse national pride and inspire the rising dreams of many generations of Vietnam. Vinamilk hopes that with our support, the team will have the best physical foundation and the best conditions to play hard because of the colors of the shirt and continue to write new achievements. South rise. ”

Ms. Mai Kieu Lien – Member of the Board of Directors, General Director of Vinamilk presented a souvenir to Mr. Park Hang-Seo – Head Coach of Vietnam National Men’s & U23 National Teams. In addition to financial support, helping the team have better training conditions, the improvement of nutrition and health care will help the players have good physical strength, ready to break through, compete. do your best to bring glory to the country. As the leading nutrition company in Vietnam and Top 50 largest dairy companies in the world, Vinamilk will bring nutritional products with superior international quality to serve the teams. These products will be selected by Vinamilk to best suit the specific nutritional needs of the players. Specifically, 100% Vinamilk Fresh Milk – a natural health gift from Vinamilk’s largest Global G.A.P farm system; Vinamilk Power energy drink provides strong and breakthrough energy; with the product lines of yogurt and Vinamilk Drinking yogurt are good for digestion … This will be a golden nutrition source to support fitness, health quality for players of the Vietnam National Football Team, Ready for the upcoming important tournaments like World Cup 2022 qualifiers and SEA Games 30 … 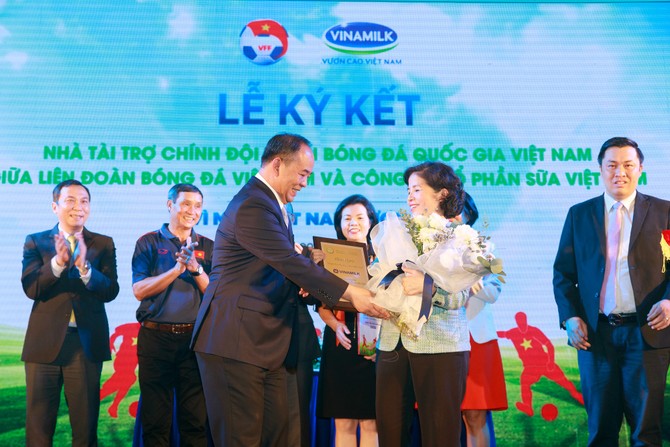 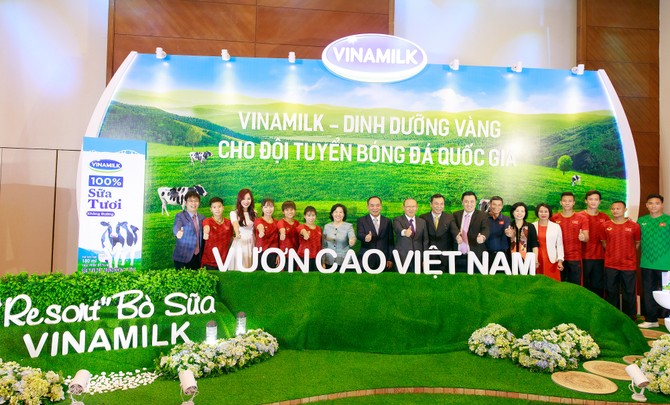 Delegates and players also expressed the spirit of “For a rising Vietnam”. Representing the National Football Team of Vietnam, Que Ngoc Hai said at the event: “We always set the fans as the highest goal of dedication and when we play, we will have to try our best. We hope that in the upcoming tournaments, with the support of sponsors including Vinamilk, the team will show strong ability, play sublimated on the pitch and bring happiness to the team. crowded Vietnamese football fans ”.