Vietnam benefited from the wave of investment "fleeing" from China – VnReview


According to the multinational investment bank Goldman Sachs, countries like India and Vietnam are benefiting much from the wave of investment from China.

Vietnam and India have witnessed an explosion of international investment. In the context of companies pulling production lines out of "the factory of the world", the two countries have become bright spots in the eyes of investors. Report released on Thursday wrote: "The US-China War creates great pressure, forcing many companies to pull a part of their production base out of China.".

The report also said that, besides the impact of the war, two other reasons are the cost of renting land and cheap labor costs are also taken into account. The companies of Taiwan and China supply chain after review, many have chosen Vietnam beside India. Two destinations are suitable in terms of geography, population and cost.

For example, for our country, FDI inflows from China increased 4.6 times, reaching VND 5,200 billion within the first five months of the year according to the General Statistics Office of Vietnam. As for India, the Department of Industrial Policy and Development (DIPP) announced that the "flowing" FDI growth in this country has increased by 138%, exceeding the 391 million USD mark.

The company specializing in manufacturing electronic components AAC Technology has built a factory in Vietnam. While in the Philippines, another production facility will be available as early as the end of the year. Their customers include Apple, Huawei and many smartphone vendors. However, the management of the company said that the establishment in Vietnam only contributes about 15% of revenue. Until 2020, the additional capacity will improve this contribution rate.

Another firm, Luxshare, has only 3% of its revenue coming from the US, but still tries to expand its production abroad. They have built a new factory in Vietnam and are ready to operate from June 2020. Along with that, establish another subsidiary in India and be ready to run from the end of this year.

The report also said that Foxconn of Taiwan has invested heavily in both India and Vietnam. Includes 14 branches in India, undertaking production, logistics, warranty, sales and marketing. In addition, there are 6 other facilities in Vietnam with 1 new point being invested with a capital of 16.6 million USD. 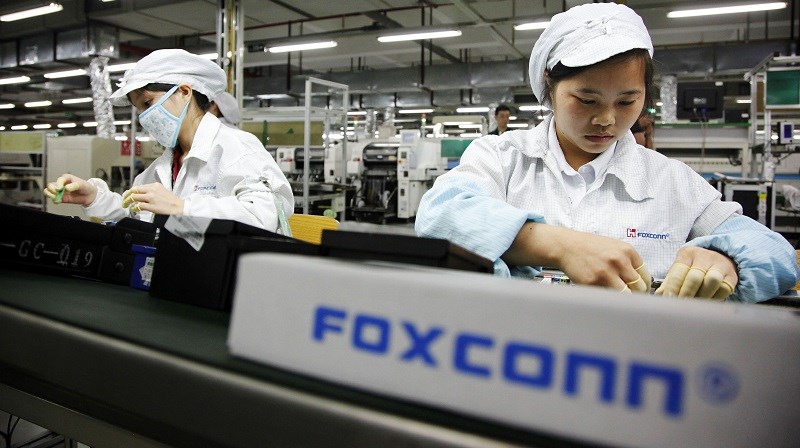 In addition to the massively shifting investment trend, Goldman Sachs's report also adds to the challenges faced. First, it takes a lot of time for that process, it takes 3 to 6 months for a production site to be evaluated. And need at least 18 months to set up a factory before putting into production.

Next, complex problems in plant operation include procurement, logistics, production coordination in many different locations. "may not work". The third is the local labor qualification and the issue of cultural integration.

Because of these barriers, analysts predict only smartphone production, PC is moved to Vietnam and India. While more complex components like semiconductors are difficult to produce in Vietnam.