For the retail industry, user needs have received unprecedented attention and have become the starting point for new business models.

In the trillion-dollar hot pot market, there will be “two heavens of ice and fire” in 2020. With the outbreak of the epidemic, hot pot restaurants have had a difficult year. At the same time, the retail industry of hot pot ingredients that cut into family hot pot has been rushing all the way.

When “eating hot pot at home” became a catering trend, Guoquan, the leading retailer of hot pot ingredients, has completed 4 financings of RMB 1 billion in a year. In 2020, it also realized the expansion of 5,000 new stores. Penetrate to 327 prefecture-level cities, covering more than 130 million household consumers.

Guoquan officially stated that it will build 20,000 offline stores in the next 3-5 years. According to data from the China Chain Store and Franchise Association in July 2020, Sinopec Yijie, which has the most convenience store outlets in China, has only about 2.8 Wanjia offline stores. What has been done behind the amazing growth and goals of Guoquan?

Dig deep into the new scene of family hot pot

With the explosion of various new species in recent years, the domestic market has stepped into the “new consumption” era. The novelty of new consumption lies in the transformation from a traditional seller’s market to a buyer’s market. For the retail industry, it has transformed from a “goods-market-people” centered on “goods” to a “people” centered “People-goods-field”, user demand has received unprecedented attention and has become the starting point of the new business model.

In the context of fast-paced “digital life”, the “lazy economy” and “home economy” have directly changed the preferences of mass catering consumption behavior. On the one hand, users are too lazy to cook after their daily work, and on the other hand, they are unwilling to go out. Dining, which gave birth to the explosion of the family hot pot scene-more involved and assured than takeaway, easier to operate than traditional Chinese cuisine, no threshold.

The hot pot category itself is also the most easily standardized, highly addictive, and irritating product category in Chinese food. It has strong user stickiness. These characteristics also make it easy for offline hot pot store users to directly transfer to the family hot pot scene.

At the same time, the outbreak of the epidemic also helped“Family Hot Pot”According to the data of Taobao Tmall, the sales of hot pot bottom materials during the 2021 New Year’s Day sales will increase by 540% year-on-year, and the turnover of induction cookers will increase by 240%. It is worth noting that the main group who bought hot pot last year was pre-85s, and this year, the number of people who bought hot pot bottoms after 1985 has increased significantly, and has exceeded the pre-85s group. Compared with traditional dumplings for New Year’s Eve dinner, eating hot pot on New Year’s Eve may become a new trend for young people to keep their years old.

In the fast-paced modern life, the kitchen even became a tastelessness in the family space of urban white-collar workers.Guoyuan re-releases the value of the kitchen through simple and quick “family hot pot”, creating a new scene of modern family dining.

The rule of success behind “good food is not expensive”

From the perspective of ordinary users, “convenience and quickness” and “good taste and not expensive” are the fundamental reasons for the popularity of Guohuan. This involves three aspects:Store channels, product control, and cost optimization.

Guoquan has achieved the coverage of community-level stores and outlets through the franchise system of the “quasi-partnership model”, which is mainly concentrated in the county and prefecture-level sinking markets. According to Guoquan statistics, among the current offline stores, a franchisee accounts for 23% of 3 stores, 5 stores account for 7%, and the total number of closed stores is less than 1%.

in particular,Guoquan not only provides a complete set of digital business back-end systems to help franchisees realize the entire chain of intelligent services such as pre-site selection, user management, food procurement, product pricing, category optimization, and precision marketing, but also through the establishment of corporate universities, franchisees The three-step training of “learning-sinking-helping”, franchisees can only sink to the store for practical operation and management after they pass the learning assessment, and there are personal butlers inside the pot ring to provide one-to-one assistance.Today, the average turnover days of products in Guoquan stores has dropped from 30 days to 10 days. In the future, it may further reduce the regular products to 5-7 days and the fresh products to 3 days. 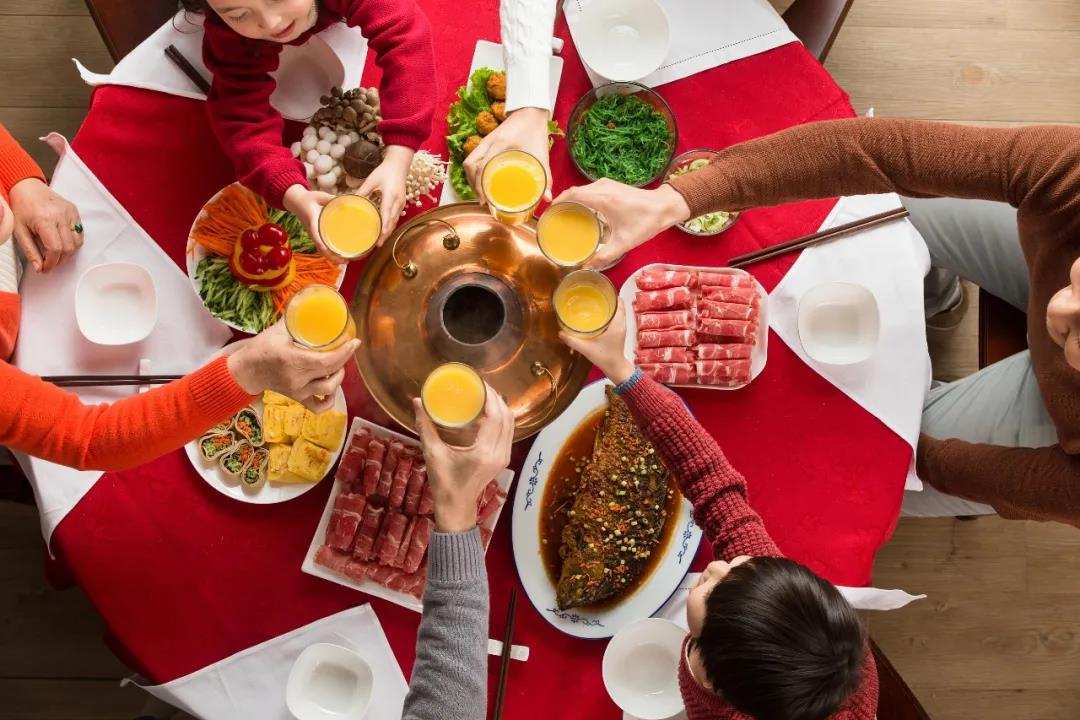 At the product level, there are currently more than 600 SKUs on the Guoquan platform, 70% of which are exclusively developed ingredients.The product R&D system has also achieved digital transformation. First, the product demand direction is formed through the analysis of store terminal consumption data, and then targeted R&D and store testing are carried out, and iteratively based on user feedback, and finally polished into standardized products. This whole set of processes from user demand analysis to final product shaping only takes 35-40 days, forming a rapid iteration of the pot ring SKU.

According to Guoquan, users of Guoquan currently carry out an average of 3-5 repurchases a month, and the use of ingredients has gradually broken through the single category of family hot pot. According to its research, a large number of users will buy Guoquan ingredients to cook soup Congee, home cooking. At the same time, Guoquan is also trying to cover more product categories, such as pre-made dishes, one-person food products, condiments and even liquor beverages. In response to the aesthetic preferences of young people, Guoquan is also trying to develop younger “national tide products”. “.

Price is a key factor in product consumption. According to grassroots research,The average price of ingredients sold in Guoquan stores is about 40% cheaper than that in traditional supermarkets, and about 10-15% cheaper than that in farmers’ markets.Behind the low price, on the one hand, it relies on the first-mover advantage of Guoquan’s deep cultivation of the supply chain for many years, and on the other hand it benefits from the construction of digital systems.

The Guoquan team has accumulated more than ten years of accumulation in the catering supply chain. Nearly 600 upstream ODM/OEM cooperative supply factories are one of its deepest moats. On this basisGuoquan has built an efficient logistics system, and achieved the next day delivery of ingredients through the country’s 10 largest warehousing and logistics centers.And through the direct connection of the factory to store consumers, eliminating the need for layered price increases in the traditional supply chain, not only the formation of terminal price advantages, but also more profit margins for franchisees.

In addition,Guohuan has developed a complete set of digital management system,Through the whole process of connecting users, stores, logistics, and supply chains, through the intelligent deployment of big data of artificial intelligence and cloud computing, the operation efficiency of the overall industrial chain is continuously optimized, thereby reducing the cost of terminal products and forming a long-term price advantage.

In the business world, the blue ocean market competes in team organization, and the red ocean market competes in corporate brand power. In the face of increasing market competition, Guoquan wants to achieve the goal of 20,000 offline stores in the next 3-5 years, not only requires internal organizational capabilities such as products, supply chains, and digitization, but also requires the creation of external brand value. Through mass brand communication and cognitive positioning, we will finally realize the feedback of offline store sales.

In September last year, Yue Yunpeng formally signed a contract with Guoquan to become its brand spokesperson, and immediately appeared on Weibo’s hot search.With the help of Yue Yunpeng’s personal and down-to-earth image, Guohuan has strengthened the brand recognition of “good food and not expensive” to the mass users. With Yue Yunpeng’s celebrity IP influence, Guohuan has also achieved further spreading and breaking the circle, attracting passersby fans. attention. 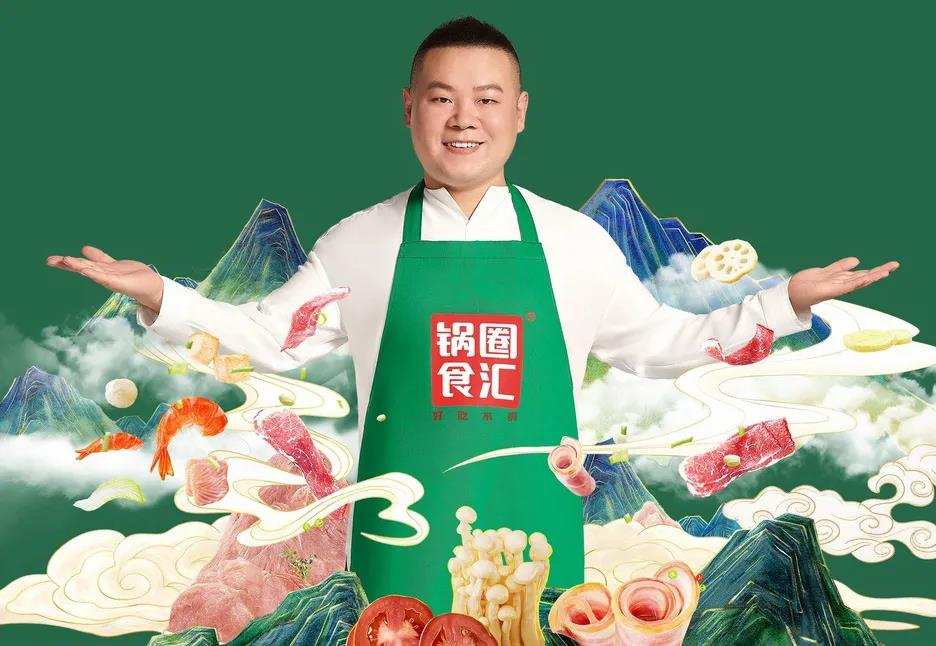 Guoquan simultaneously logged on to the B station platform in September last year to conduct continuous operation of the brand’s official account content. It can be seen that the young user group will be the key communication target of Guoquan.

Under the new wave of consumption, whoever can catch young people can grasp the future trend.For modern young people, hot pot may gradually become a mainstream way of family dining, and for young people, the kitchen may also have a completely different connotation from the previous generation.