Researchers from the University of Washington have developed a way to use smartphone photos to identify potentially harmful bacteria on the skin and in the mouth. This method can visually identify bacteria on the skin that contribute to acne as well as bacteria that cause gingivitis and dental plaque.

The team was led by Ruikang Wang, a professor of bioengineering and ophthalmology at the University of Washington (UW). The team of researchers combined a smartphone-specific tool with a series of image processing methods to display bacteria captured with a smartphone camera. As a result, the researchers say, this is a relatively cheap and quick method that can be used at home to assess the presence of harmful bacteria.

Wang explains that it’s usually not easy to see bacteria when using phone photos because they are taken in the RGB color system. In short, the images taken are from different wavelengths of light in the imaging spectrum, but many bacteria emit colors that fall outside that spectrum and are therefore not visible.

To solve this problem, the researchers enhanced the capabilities of the smartphone camera with a 3D printed ring with 10 ultraviolet LEDs arranged around it.

“The LEDs excite a class of bacteria-derived molecules called porphyrins, causing them to emit a red fluorescent signal that the phone’s camera can then pick up.” lead author Qinghua He, a doctoral student in bioengineering at UW, said. 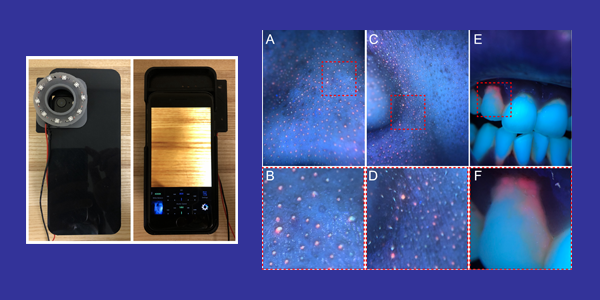 An ultraviolet LED ring (left) helps the smartphone-based system detect the bright red color of certain bacteria on the skin (center) and plaque on teeth (right).

Many bacteria produce porphyrins as a byproduct of their growth and metabolism. According to co-author Yuandong Li, UW bioengineering researcher, porphyrins can accumulate on the skin and in the mouth where bacteria are present in high numbers. The more porphyrins are seen on the surface of the skin, the more likely it is to form acne.

According to a summary from the University of Washington, LED illumination provided the team with enough imaging information to calculate the conversion of RGB colors from phone images into other wavelengths in the optical spectrum. image spectrum. This creates a “pseudo-multi-spectral” image consisting of 15 different parts of the image spectrum – instead of the three in the original RGB image. 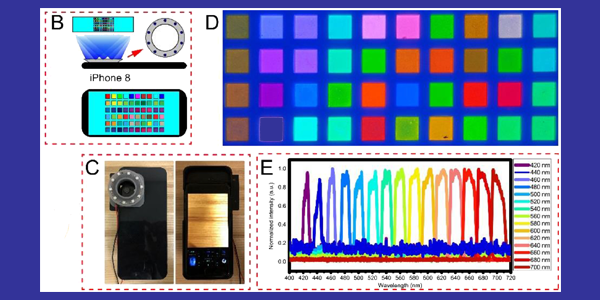 The team says that obtaining this kind of visual information directly would require large and expensive lamps, which makes the use of inexpensive LEDs significantly more accessible for wide application. cobble. Theoretically, the image analysis algorithm could be modified to detect other bacterial markers that glow under the LED. 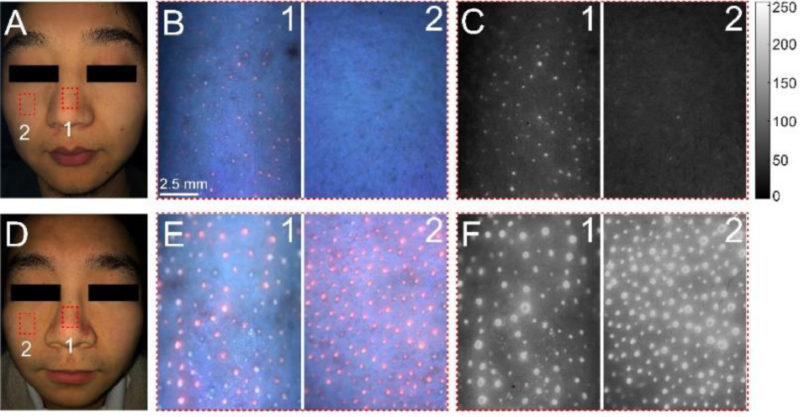 The imaging system can detect porphyrin-producing bacteria, which are bright red, on combination (top) and oily (bottom) skin.

Wang says that there are many directions the team can go from here as they explore the complex environments of the human body and look for more ways to tackle the different possible problems.