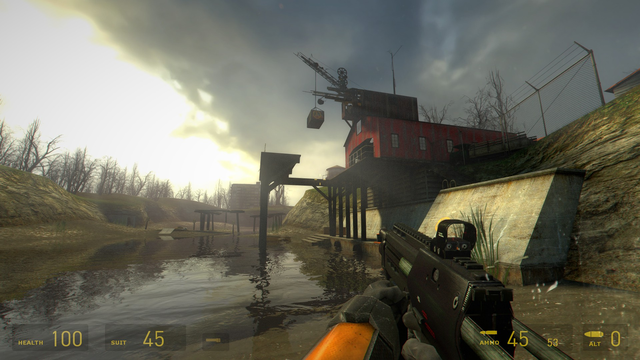 Recently, a group of gamers have just succeeded when setting a new record by playing Half-Life 2 in the fastest “upstream” style. Achievements were recorded at 13 minutes 19 seconds.

With this type of play upside down, gamers will have to start on the last level and go against the first level. Naturally to do this, they’ll need a little help from the mod to change the game’s texture.

To complete the record above, this 12-person group of gamers had to practice for 345 days. They will have to memorize each stage meticulously and carefully, then practice to play backwards.

For the average player, it would take an average of 13 hours to break Half-Life 2. For the top records, this number could be much less. The current world record is recorded at about 48 minutes to clear Half-Life 2. That is how remarkable the efforts and achievements of the above group of gamers are.

Although it has been released for 17 years, Half-Life 2 still attracts a lot of attention from the gaming community. At the present time, this game still generates a lot of revenue for Steam each sale promotion or discount.