Users discovered a vulnerability of the Starlink device, which would make it difficult to deploy in Vietnam


One of the more exciting things about the rockets that SpaceX has launched into space in recent years is putting a large number of Starlink satellites into orbit. And these satellite constellations will provide continuous Internet coverage across the United States and possibly worldwide in the future. The Starlink satellites will be responsible for connecting the Internet to the users through the receiving equipment; the satellite dishes on the ground, which are located in people’s homes and at other locations.

However, with the summer backdrop and rising ambient temperatures in many places, an important issue has recently been raised for the Starlink satellite dishes. On Reddit, a user named SocietyTomorrow recently posted a screenshot of a warning message, indicating that the satellite dish has overheated and the system automatically shuts down. And when it turned off, the Internet connection stopped.

Notice of Starlink system about overheating problem on satellite dish

“The disconnection only happened until about a week ago, initially a few minutes in the afternoon, but now it happens most days, but for a short period of time.”, this user shared. “However, the disconnection times are constantly increasing, the last few days it stopped working from around 11am to 7pm. My guess is outdoor temperature is a major contributing factor”

The user said he lived in the state of Arizona, where the temperature was reported to be 112 degrees Fahrenheit (about 44 degrees Celsius) at the time. SocietyTomorrow is someone who works for a small business that provides printer and electronic equipment repair services. He said he signed up for Starlink because it is the only service in the region with the highest advertised Internet speed, which is 10 Mbps. There are other wireless internet service providers that offer speeds in the 25-50 Mbps range, but at a higher price point, around $150 a month.

“Starlink is the obvious choice, at least for the next few years”, he shared.

Another user who is also experiencing Starlink’s test service said that he is having a similar problem with the satellite dish. This guy lives in a remote area near the Grand Canyon and every time the temperature gets too high, the Internet connection will be lost.

Interestingly enough, based on the system’s message, user SocietyTomorrow said he found an easy solution to this problem. That’s directing a jet of water straight down to the satellite dish. As the water flows through, the system cools and the Internet connection resumes. Obviously, however, this is only a temporary solution. With so many areas in the US and elsewhere on Earth, with very high temperatures during the summer, having the system shut down automatically when the satellite dish overheats can be a significant problem. 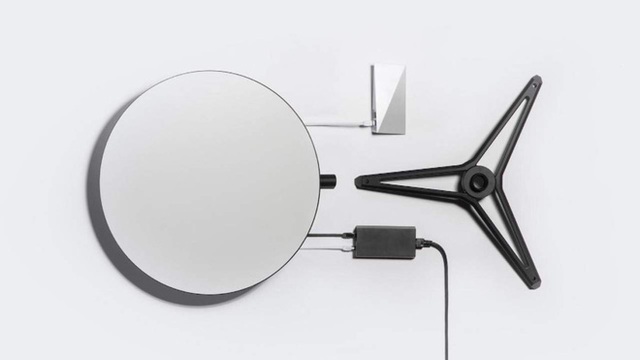 So far there has been no announcement from SpaceX about a fix for this issue. It is also unclear if there could be a defect with the satellite dishes affected by the heat, as several other people also in high-temperature areas reported not experiencing this condition. Currently, the workaround is water cooling which is said to be one of many possible solutions.

Last November, engineer Ken Keiter posted a 55-minute video of Starlink’s satellite dish on his personal YouTube channel. The technical expert told viewers it was “rare to see something as complex as this in a consumer product”. Keiter also thinks that more heat dissipation improvements are needed in the design of the product before it is released to the public, because he can see the possibility of many problems, from materials to design.

Starlink is currently offering 10,000 participants a trial version with Internet speeds from 50Mbps to 150Mbps. Users will pay $100 per month (plus $500 in hardware costs) for the next-generation broadband service, which Elon Musk claims will roll out more commonly commercially before the end of 2021. .