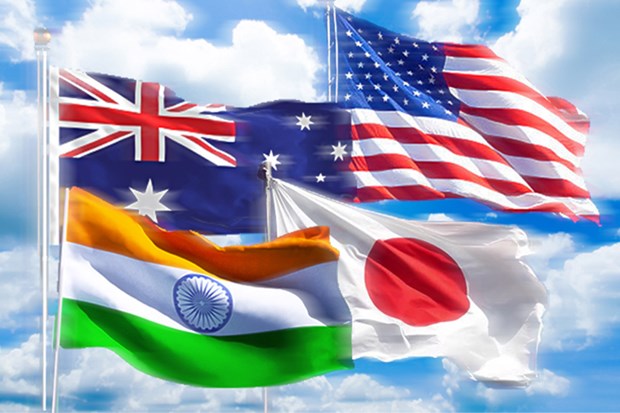 The United States, Japan, Australia and India are promoting the organization of the first conference between leaders of countries within a framework of cooperation called the Four (QUAD).

Kyodo news agency citing a source familiar with the US has proposed to hold an online meeting of the leaders of the Quartet group.

During this tentative meeting, leaders will discuss cooperation to realize a free and open “Indo-Pacific.”

The proposal was made in the context of the new US President Joe Biden’s administration wanting to strengthen relations between the four major countries in the region, which in the words of US Security Advisor Jake Sullivan is “the foundation for the US to build sustainability policy in the Indo-Pacific. “

Within the framework of the Quartet group, the four countries held the first foreign minister meeting in 2019.

At the 2nd foreign ministers meeting held in person in Tokyo last October, countries pledged to continue to expand cooperation to realize the vision. Indo-Pacific freedom and openness based on the rule of law.

The foreign ministers also agreed that the group would hold an annual meeting. In addition, the parties also affirmed to promote substantial cooperation in other matters such as network security and building high-quality infrastructure.

Known officially as the Quadrilateral Security Dialogue, the QUAD group, formed in 2004, is a framework of cooperation between the US, Japan, Australia and India to support the countries of India. -The Pacific Ocean after the tsunami.

By 2017, activity of Quartet group began to go beyond humanitarian assistance and disaster relief.

Most recently, the US State Department stated that the Quartet’s focus was on its efforts to promote “a free, open and inclusive Indo-Pacific”.