UnderMine is an action role-playing game with cave exploration gameplay, combined with roguelike elements in building screen play. This is a fairly popular game series in recent years, making new names on the market always face many difficulties in creating their own mark to persuade players to pick up their wallet. Thorium Entertainment’s brainchild is the same, but the development team cleverly built an engaging gameplay loop, causing you to spend a lot of time getting into it to make up for the lack of unique features in the game experience.

Like most other roguelike games, UnderMine has a fairly simple storyline and mainly leads players into more exciting gameplay mechanics. The game takes place in a kingdom ravaged by an earthquake and the source of the problem is a mysterious underground mine. With the policy of treating people’s lives like trash, the king forces people to come down to the mines to find ways to solve the kingdom’s problems. For every person who does not return, they will continue to send new people until they get the job and there are no exceptions. Unfortunately, those bad guys are you!

UnderMine’s gameplay is no different from many other roguelike titles on the market. Basically, the player’s task is to move in caves divided into rooms that are randomly generated by the algorithm. Your job is to destroy anything that harms the character before they do the opposite. With a pickaxe weapon in hand, you clash with many different monsters and collect treasures, find stairs down the deeper floors. Of course, indispensable upgrades for characters and boss battles.

Each floor like that will have treasures that you can collect to aid in combat. They never make the character too strong, but are always moderated to make the experience more exciting. And in each room, you can find gold shredded to play hide and seek somewhere with sparkling golden light inviting. It can lie exposed on a rock or hidden in the edge of some wall waiting for you to dive to collect. However, be careful because there are always thieves lurking to steal your gold in these easy-to-use moments.

These thieves have very prominent colors and appear only when you pick up gold. They are quite dumb and often head into traps in the environment of the game screen in every steal mission. However, they cannot harm the controller, but vice versa you can. This makes gold collects like a humorous battle between players and cute thieves who can’t love this. Such simple gameplay mechanics play a big part in making the difference to the UnderMine experience compared to other roguelike names. 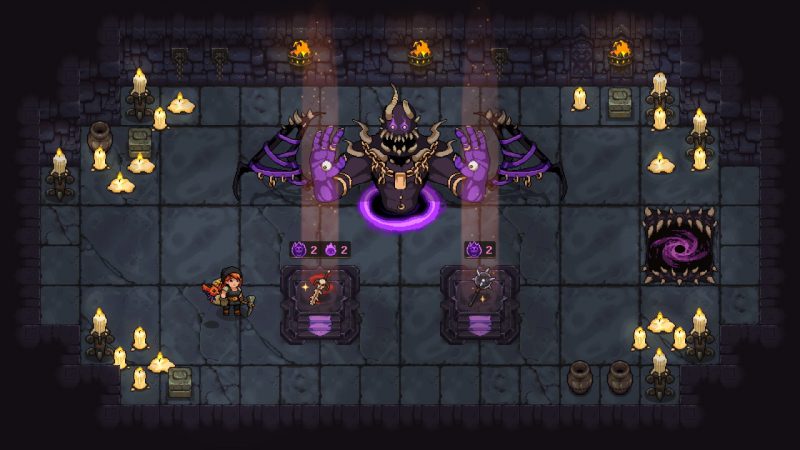 The experience goes on until you fail and repeat with new random characters. However, death was not the end of UnderMine. The amount of gold you collect is only half when the character dies, allowing players to use them to upgrade the character in many different familiar aspects. For example, upgrading combat stats, buffs or even the amount of gold that you keep after each time the character runs out of blood. Not only that, you can also use crystal purple to craft items based on the blueprint collected from previous play.

Thanks to the engaging gameplay loop, UnderMine quickly immerses you in the experience. Everything is moderated quite carefully by the developer for the above purpose. For example, each upgrade, although the index change is very small and costs more money, but due to the reasonable difficulty, you inevitably want to do more matches to earn money to upgrade and test “toys”. new. That is not to mention the average difficulty makes the game easier to reach the majority of players than many other roguelike names on the market just want to let you “eat on” tired.

Notably, the UnderMine experience also has the backing of highly detailed 2D graphics. You can even see characters’ silhouettes reflected in real time as you move through puddles, which is very rare in pure 2D titles on the market. However, due to the context of the scene, the stage usually has no visual diversity, but I think this is a small matter compared to the exciting experience UnderMine brings. Surprisingly, the game also has no issues with controls or performance if not fairly carefully built. 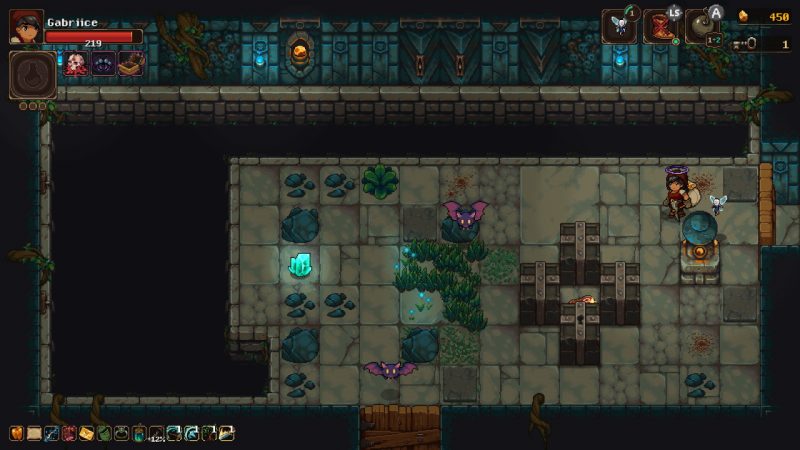 In the end, UnderMine offers an outstanding cave exploration immersive action experience. Although there is nothing innovative compared to many names on the market, the exciting and attractive experience with the relic system as well as an attractive and satisfying upgrade is the biggest plus point of the title. this game. This is definitely the name that must be in your game library for sure!

UnderMine is available for PC (Windows, macOS, Linux), Xbox One, and Nintendo Switch. 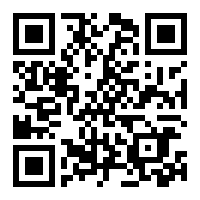 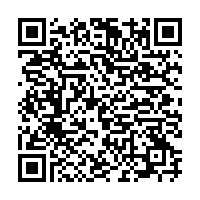