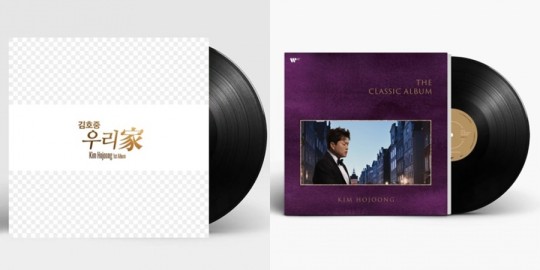 On the 7th, the management company Showing Thoughts Entertainment announced that Ho-jung Kim will release the LP of his first regular album ‘We Go’ and the classic album ‘The Classic Album’, which he released last year in a limited edition, to commemorate the 1st anniversary of his official fan cafe ‘Tvarotti’.

This LP was produced with a weight of 180g at the famous German cutting studio SST and a professional audiophile press factory.

‘Let’s Go’ consists of a total of 8 LP-size pictorials in a gate folder type specification, and ‘The Classic Album’ contains the new song ‘You Raise Me Up’, an LP exclusive track, and even numbering to increase the collectible value. to be.

Ho-jung Kim recorded sales of 410,000 copies on the first day of release alone with his first full-length album ‘We Go’ last year, and his classic album ‘The Classic Album’ also showed off the power of ‘Tvarotti’ with an overwhelming record sales of 510,000 copies. did.