Tutorial for using the Pen Tool in Photoshop

Photoshop isn’t just for retouching photos. With the Pen Tool (vector pen) it is possible to make perfect cutouts and obtain vector illustrations with excellent results. To make a Line Art, just redo the important lines of a drawing or any object. See how to use the Pen Tool later in this article. 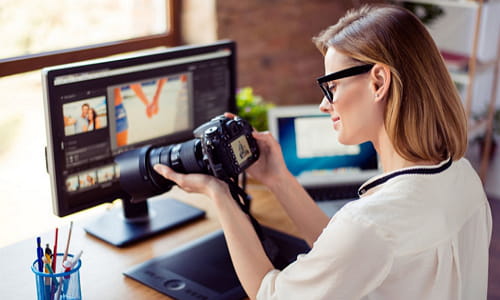 What is it for and what are the types of Photoshop pens?

the free-form Pen to draw paths as if with a pencil in hand; several Magnetic Pen options that draw from markers that adjust to the edges of defined areas; in the image; the Content-Sensitive Trace feature that automates the process for drawing figures. To see the Photoshop pen set, use the shortcut Shift + FOR.

You will learn, from now on, to pass this image: 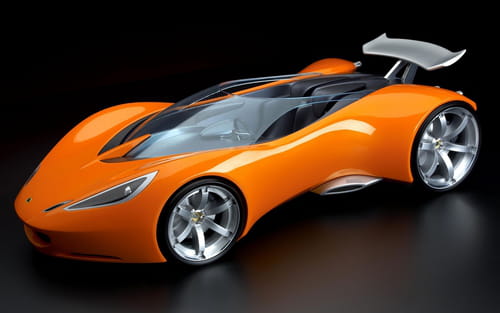 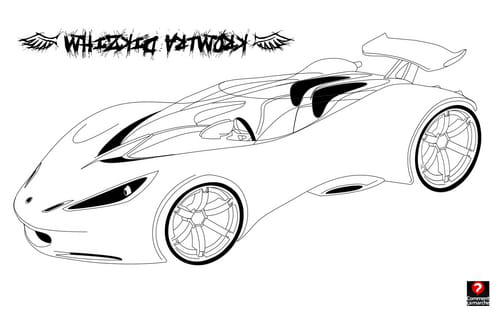 For that, we used Photoshop CS3 Pro Extended, but the previous versions are as good as this one, and as the result.

Why choose the Pen Tool

THE Pen it is a very powerful tool, but to take full advantage of what it can do you need to know a little of what it is capable of doing. In fact, it allows you to make high-precision curves and therefore make drawings or outlines of objects. The result obtained is called Line Art. This tool can be found here:

How to use the tool

The Pen Tool allows you to draw straight lines, angles and curves. To do this, just put points. These points, called Anchor points, will be interconnected and will define the path to be taken by the pen.

Test! Create a new Photoshop project and try the following: select the tool Pen Tool and make a succession of points as shown in the image: 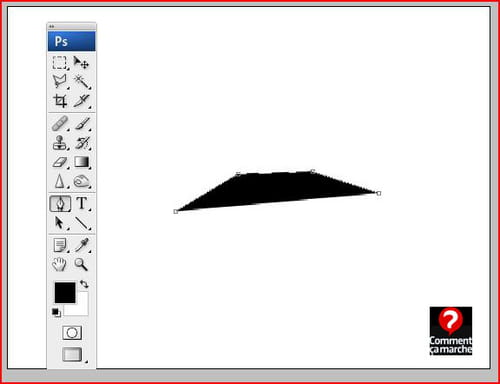 Note that this form will be filled automatically by a color (the foreground), you can close the outline by clicking on the first anchor point. After the closed outline, if you click again, you will create a new layer.

If you just want to see the path, you can create it by clicking on the second button at the top of the vignette:

The paths thus obtained will not be filled, but transparent and no layers will be created. Precisely, a path is a succession of anchor points. If you want to see this layout go to the window Path: 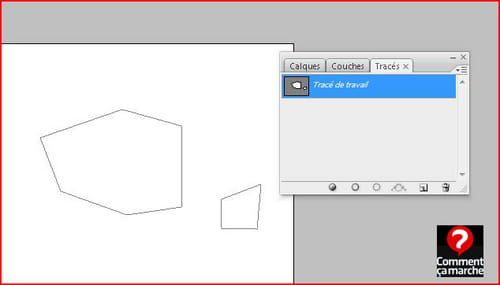 At the bottom of the window Path, you will see four small circle-shaped pictograms from the left:

You’ll find next to the tool Pen the tool Free Pen (Free pen). Like, like you’re drawing on a sheet of paper.

How to modify the path

Remember, these lines are made from anchor points. These same points are also used to change the shape of the path, to better demarcate an object or, simply, to give the shape you want. Now, let’s change the position of these points and their nature, so to speak, because if you noticed, the lines that connect the anchor points are straight. So how do you turn a straight line into a curve? Simply providing each anchor point with two tangents on each side, as here: 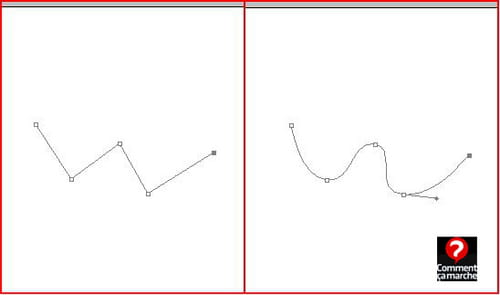 To the left, we had a zigzag path, which was transformed into a curve, giving each point two tangents. We can achieve this by following two methods, of your choice:

But, what to do if an anchor point is not in the desired position, or if the tangent is not directed as we would like?

Don’t worry, Photoshop has provided another tool for this in the tool palette. Just above the Pen, you can see the tool Selection Vectors, which serves to select and move a path without changing it. Right-click on this tool and then select Direct selection. This option is the one that most interests us. Select it, click on a path and you will see the anchor points appear. Click on an anchor point and hold the button down. Drag to move this point. With the same tool, you can even change the direction of the tangents :Sun:. You can also access this tool by holding down the key CTRL, while using the tool Pen: 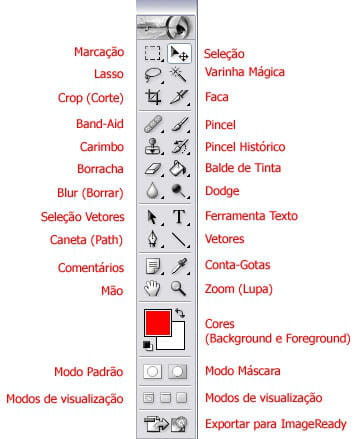 Now you’re ready, let’s move on to the practical part of this tutorial.


How to start the project

Start by opening the photo you want to work on, I suggest using the one I put in the beginning, because all the explanations can be used in the realization of this project. Select the tool Pen in demarcation mode and start making a path on the outer lines of the vehicle. Make as many anchor points as you want, to get a perfect path, like the image below: 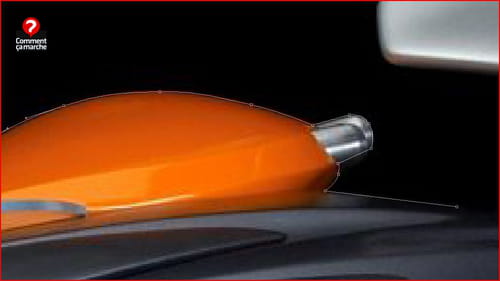 When the outer path of the car ends, insert a white layer between it and the bottom (duplicate the fund and delete). Go to the window Path, select the path and click on the second button below. So, you will get this: 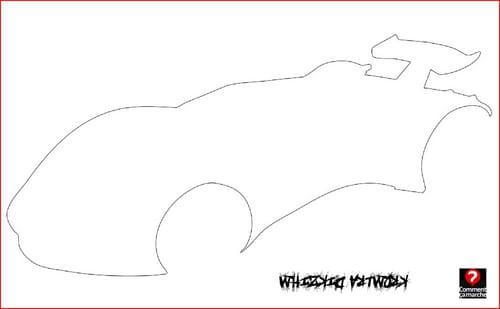 Then, hide that layer and start making more precise paths, that is, better demarcate the details of the vehicle. Proceed as before: draw the outline or fill the path using the window buttons Path. See this example: 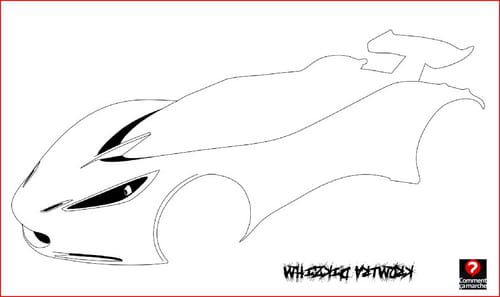 We can see that the front of the car is almost ready. Continue this process until you get a result similar to the one shown at the beginning of the tutorial. You can add effects or play with the colors in the demarcation of the paths, for a better result.


How are the variants

Two variants of what we have just accomplished: 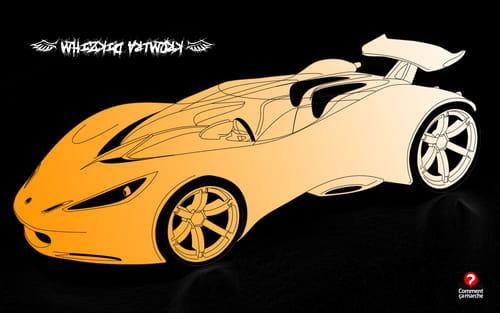 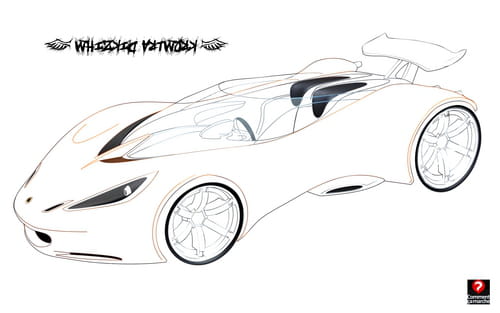