12 female idols even though it is a male idol anime! ??

The original is a character CD.
Directed by Itsuro Kawasaki and produced by studio Pierrot. 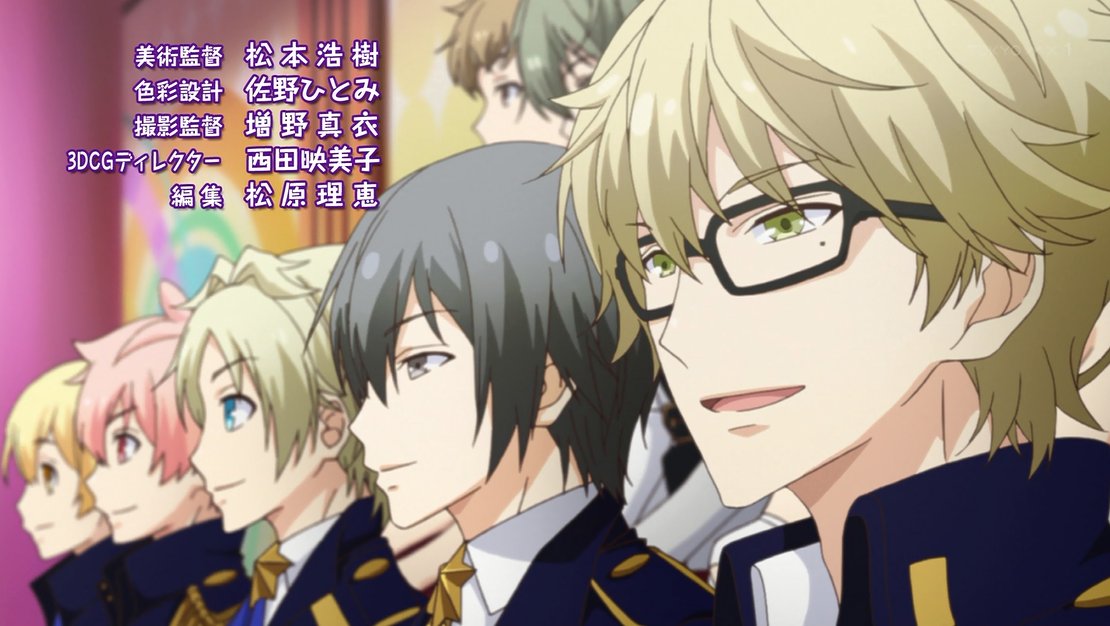 They are already popular idols in the streets.
In the case of this kind of idol animation, from the place where it is “not selling”
Often depicts the process of “selling.”
However, this work does not have such a process.
Already their relationship is so strong that no major changes will occur.

Besides the 12 main characters
There are also managers, so I don’t know who they are anymore.
Only the manager can recognize it because he is wearing a suit,
Because the character was sloppy in one episode
As a result, the impression of most characters disappears.

On the contrary, the point of view of the story of one episode is just a “fan”.
As a fan, she gives a “explanation” to her younger brother about the idol group,
Even if you explain an idol who is not interested in the first place
It is the same in reality and creation that only the impression of “Hmm” comes to mind.

It may be an explanation to the viewer, but it is not.
Even though it is one episode, the viewpoint is “fan’s younger brother’s viewpoint”
In a sense, the younger brother of a fan who was not a fan
The process of becoming a fan is not a bad start to the story,
I feel the bad way of showing in various parts.

When it comes to live scenes, it’s strangely “slimy.”
Probably using motion capture,
The slimy condition that makes me feel a little uncomfortable is interesting,
Expectations for the live scene by showing this live scene
It will inevitably go up. 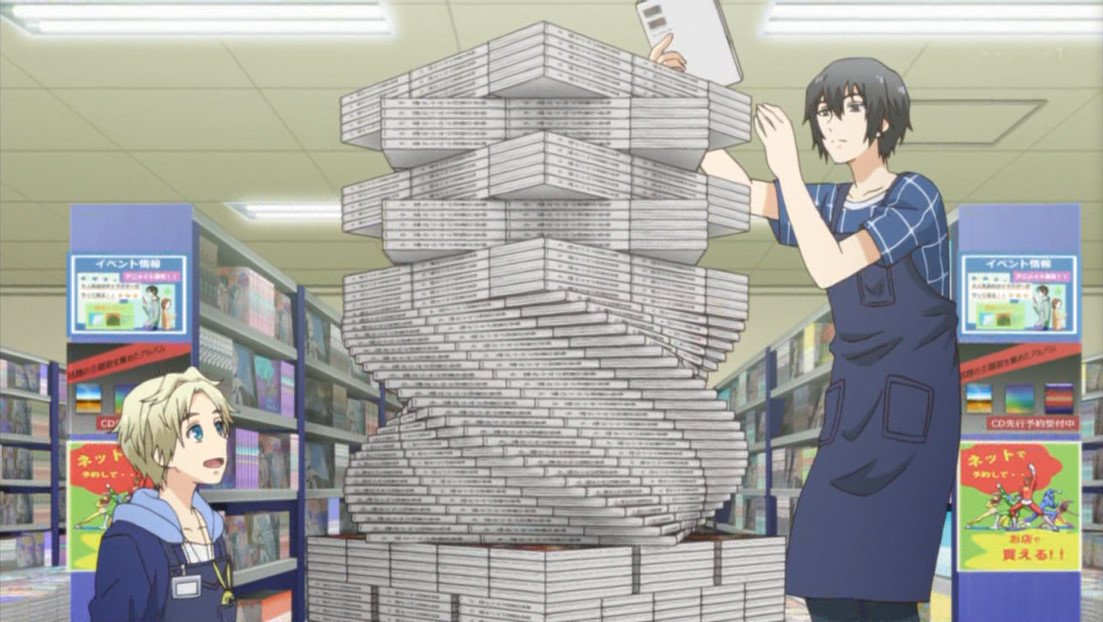 Basically, one episode is completed and each idol is featured.
Some struggle between club activities and idol activities,
Be a store manager for a day at Animate, or challenge a play.
It’s just the daily life of idols.

Therefore, the content of the story is basically thin.
Originally a fan of them, what kind of character they are
If you know what kind of path you have taken so far
Although you can enjoy “their daily life”
Even if someone who doesn’t know the beginning and process of it sees it, it doesn’t come to mind.

Deeply embrace and feel for the 12 idols
I can’t have it.
For those who originally like them
It’s a daily story, and the story isn’t enough. 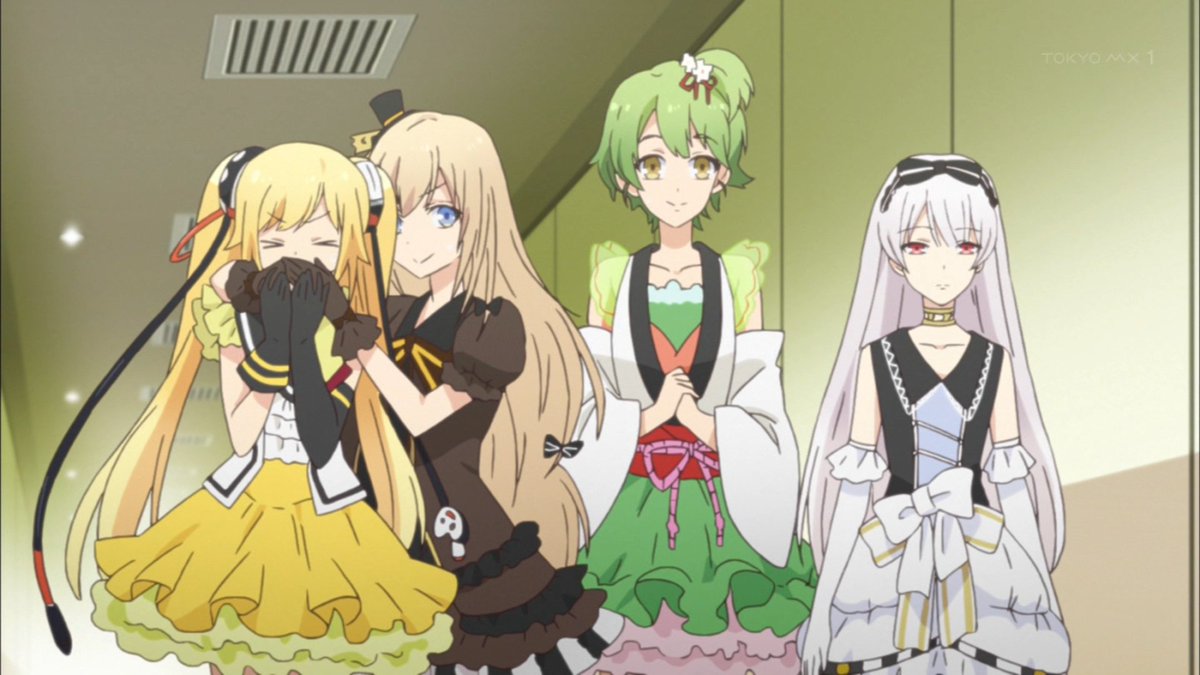 When it comes to episode 8, a surprising fact becomes clear.
This work is a “male idol anime”.
Twelve female idols suddenly appear in such a work.

They are actually “moon dwellers” and goddess candidates who aim to become the goddess of the moon.
They are doing idol activities to gather the power of feelings,
Sometimes he is watching over male idols
I am amazed at the ridiculous setting.

Some characters have something to do with male idols,
There are fewer male idols and characters who are entwined with each other,
To be honest, what is it for?
I don’t know where they stand in this work.

I understand the concept of male and female idols in the 12th month,
The main is a male idol. I still understand if it is drawn in half,
In the work, it takes only about 10% of the time to draw, so
The question “What are they?” Cannot be wiped out.

Even if 12 female idol characters appear in just one episode of 8 episodes,
It doesn’t make an impression, and if you search on Google, it will be a search candidate.
“I don’t need a Tsukiuta woman”
There are some things that I guess when it comes out.

Another work, such a female idol in the same world as a spin-off form
I know if you’re there, but that’s not the case
In such a part, the work itself seems to be stray. 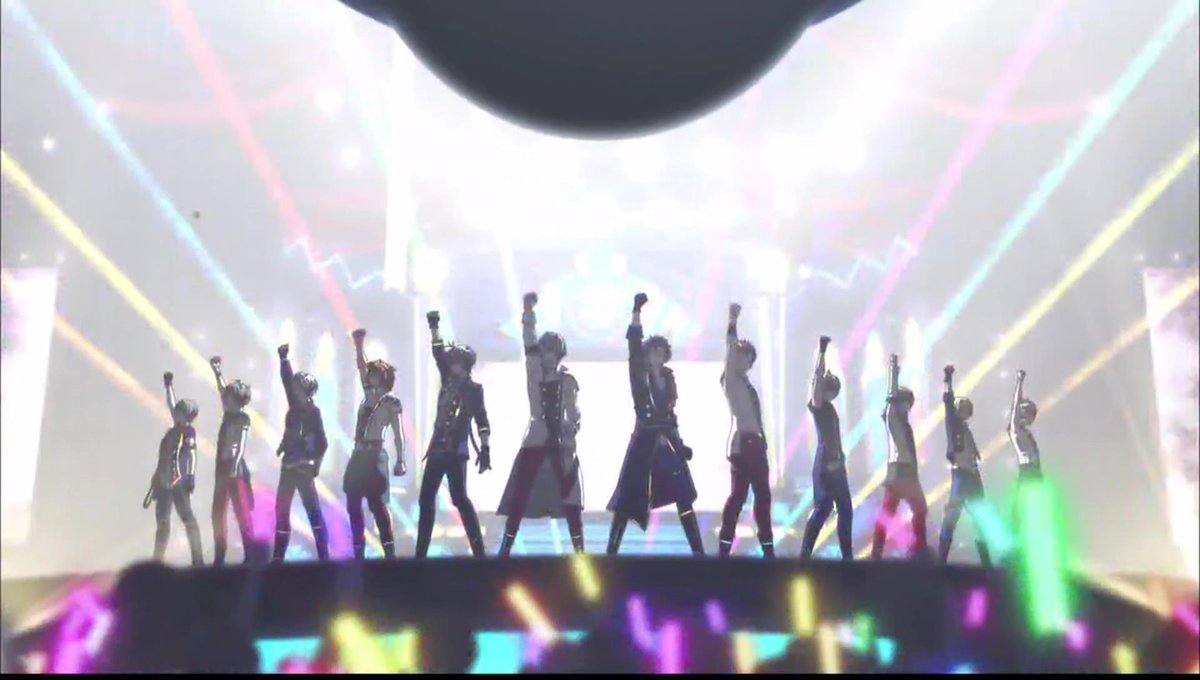 The final stage is a joint live that was being promoted as a project from the first episode.
Everyone tries to deliver a proposal to the busy president and ask him to make a new song.
Feel their enthusiasm to make the live better
After drawing the episode, in the final episode there is a live that feels such enthusiasm
It is drawn properly.

The live that is drawn using almost one episode is
The production and the cheers of the fans, as if they were really visiting their live performance
The camera work that attracts exactly 12 people, each one
Coupled with the live scene that moves with slimy, it is spectacular.

There are also short but solo songs,
Fans of each character
It’s a live scene that you can enjoy.

However, you can only enjoy it if you have a feeling for them.
I couldn’t say that I was able to draw that “feeling” within the scale of one cool,
Although the live scene was good,
It was a work that left no further impression. 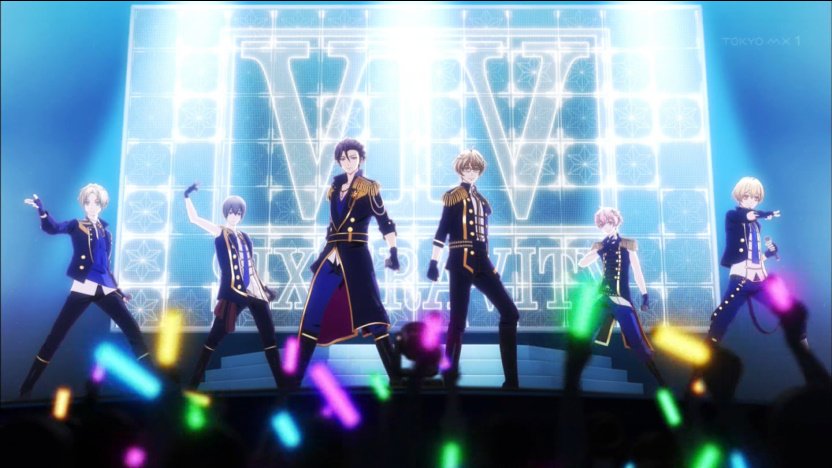 Overall, it was a work for fans.
They are idols who have already sold, and the process of selling is not drawn.
The relationship between the characters has already been completed,
If you are a fan who already knows the process and relationships, this world view
You will be able to enjoy the characters and the story.

Conversely, if you look at the process, relationships, and characters without knowing it at all.
The outside feeling of mosquito nets is strong, and their daily lives are depicted plainly.
Sometimes there are stories about horror and punch lines, but
It cannot be said that the story of each episode is highly complete.

It’s a content that can only be enjoyed if you have a feeling for the character.
The female idol group that appears in episode 8 of the goddesses
Its existence is quite a mystery, and I don’t feel the need.

The slimy feeling of the live scene becomes a habit, and the drawing itself of the whole work is not bad
The script lacks punch, and after watching it, the character’s impression is also
The impression of the work itself was a light work. 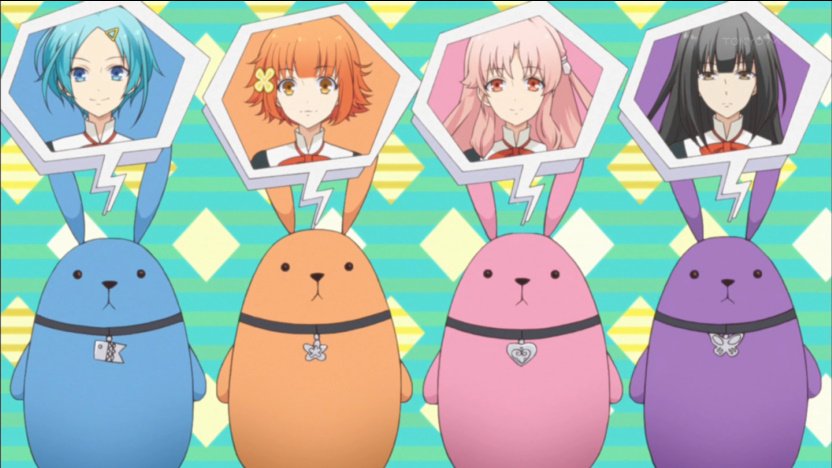 Although the first term is a work for fans,
It’s a work that doesn’t have that bad part if it’s for fans.
However, the second term has been postponed repeatedly, and the production company has also changed.
The scriptwriter has also been changed to Mr. Natsuko Takahashi.