Try playing games on LG G1: It turns out that the new OLED Evo TV is the most “genuine” game screen – VnReview


LG’s new OLED TVs are expensive, but this is a valuable item for true gamers.

LG G1 is currently the only TV line of LG in particular and the whole market in general equipped with LG’s latest generation of OLED panels called OLED Evo. With the OLED Evo panel, LG says the G1 series of TVs use more powerful emitting materials, helping to fine-tune the wavelength of light more efficiently. As a result, the image brightness is increased by 20%, the displayed image is also sharper and richer in details. In the Vietnamese market, LG G1 currently has two size options, 55 inches and 65 inches, with prices of VND 69.9 million and VND 94.9 million, respectively.

VnReview has an article on LG G1 TV model and in this article, we want to go deeper into the gaming experience on the latest generation OLED TV. 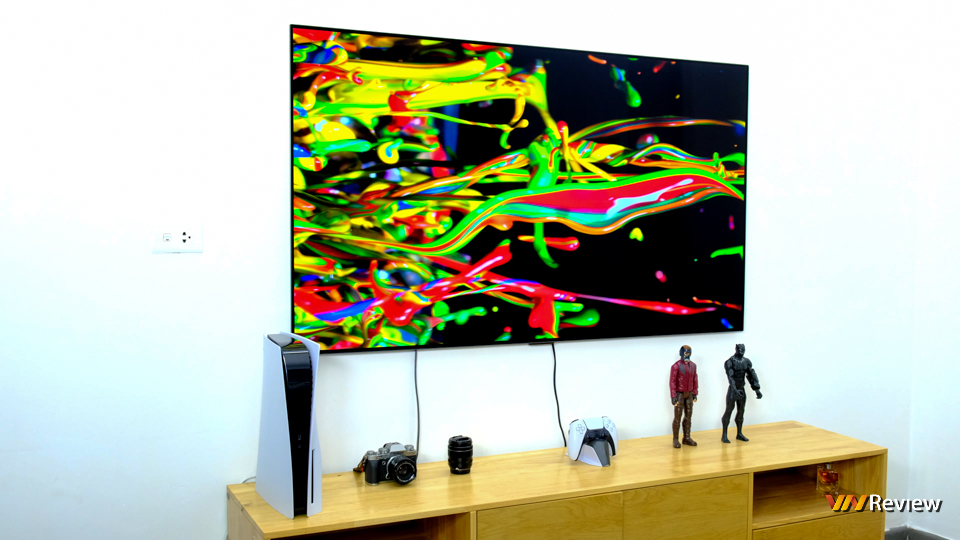 From a technical perspective, the fact that LG G1 supports 120Hz refresh rate is not really important, when only a very few PlayStation 5 and Xbox Series X games support this refresh rate, let alone at this level. 4K resolution. But sooner or later, that will change in the future, and then you will regret buying a TV with only 60Hz. 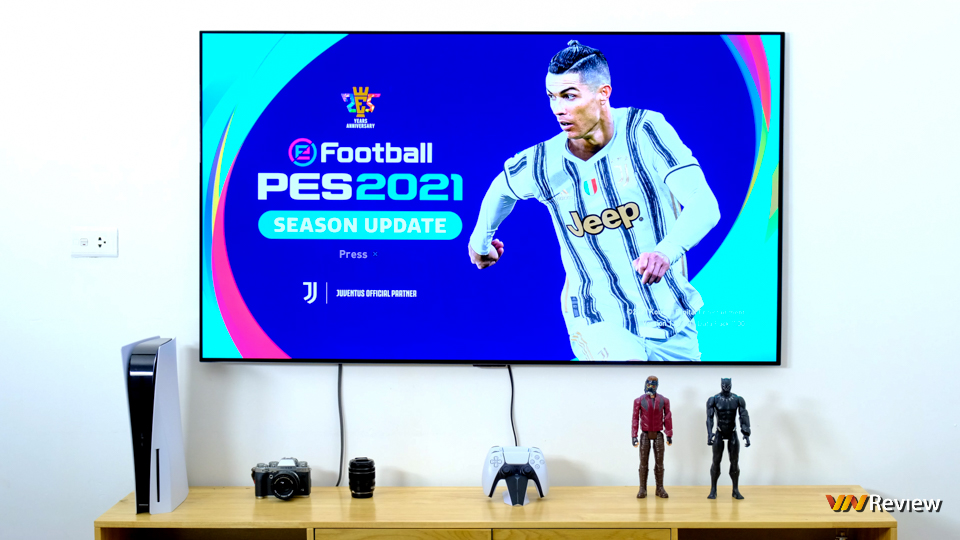 The LG G1 came to me at an almost perfect moment: I just got a PlayStation 5 “air purifier” from a friend, and playing games on my old 43-inch Full HD LCD TV when It’s too wasteful. Quickly set up the LG G1 on the living room wall, turned on the PlayStation 5, and frankly, I wasn’t ready for the sharpness, smoothness, and most importantly, the high brightness and burst of colors. explosion that LG G1 brings. 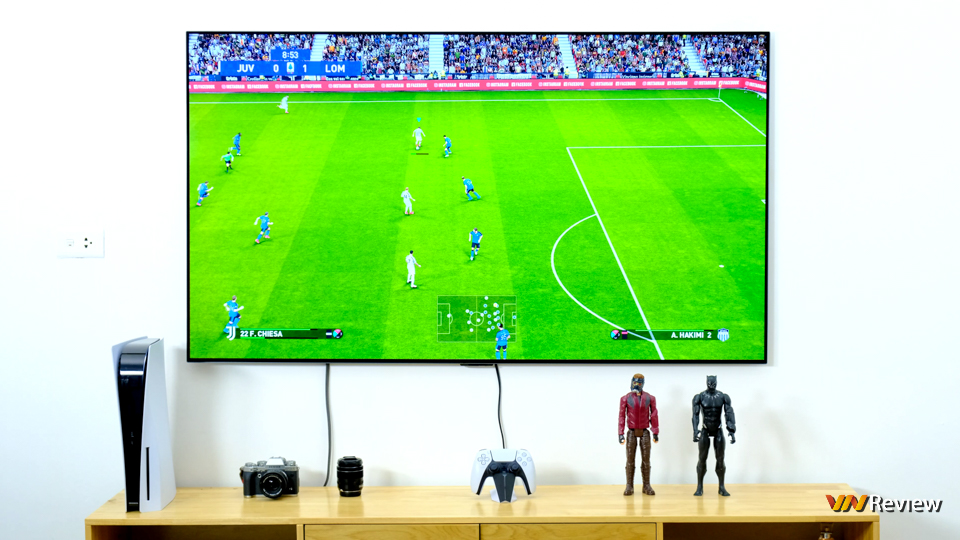 If you’ve ever experienced LG’s OLED TVs, you’ll definitely feel the difference “almost a world” in the picture quality they bring compared to conventional LED TVs. On the LG G1, the OLED Evo makes that gap even wider. The higher brightness contributes to the display colors becoming truly vibrant and vivid, the green Old Trafford pitch in Pro Evolution Soccer (PES) becomes more beautiful and realistic than ever. Each ball, the facial expressions on the players are also shown in a sharp way.

However, the real advantage of OLED panels in general and OLED Evo in particular when playing games is in dark, low-light space scenes. With its feature of being able to turn on/off each pixel as needed, OLED can reproduce absolute black, thereby expanding the contrast range, clearly dividing the light/dark areas and completely eliminating full risk of the “halo effect”. LED TVs are also finding ways to overcome with local dimming and mini-LED technology, but the quality is still difficult to compete with OLED. 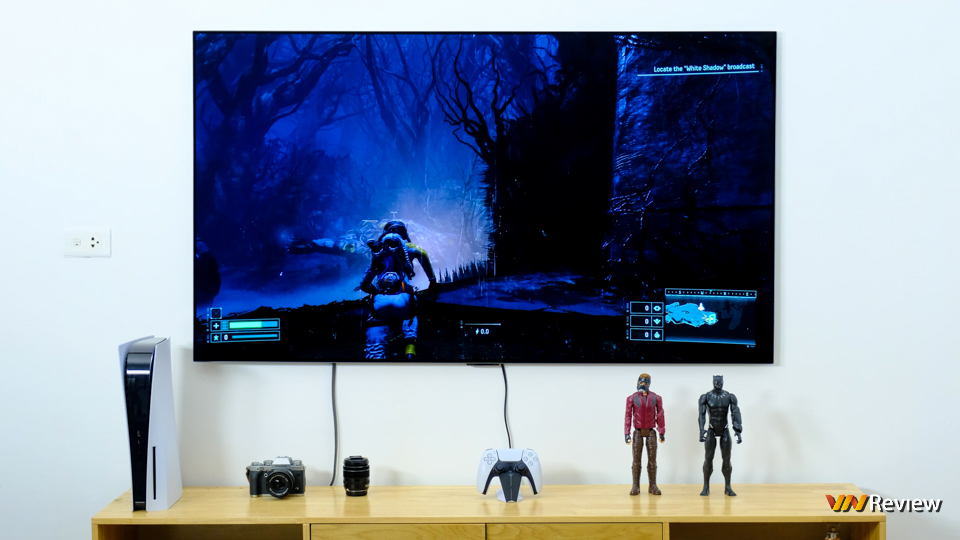 When exploring the planet Atropos with the character Selene in the game Returnal, the dark forest, covered with mist and incessant rain, LG G1 continues to impress by recreating the feeling of realism, though clear. I have never been stuck in a forest in such conditions but I can still feel very clearly the dangers lurking around the main character waiting to be discovered.

HDMI 2.1 plays an important role in minimizing input lag, as well as the variable refresh rate feature. The LG G1 fully supports Nvidia G-Sync and AMD FreeSync against tearing at high refresh rates, with an input lag of only 12.4 ms in Standard mode and 9.4 ms in Boost mode. These are respectable numbers with a large OLED screen, and you will almost not notice the lag when playing your favorite titles. 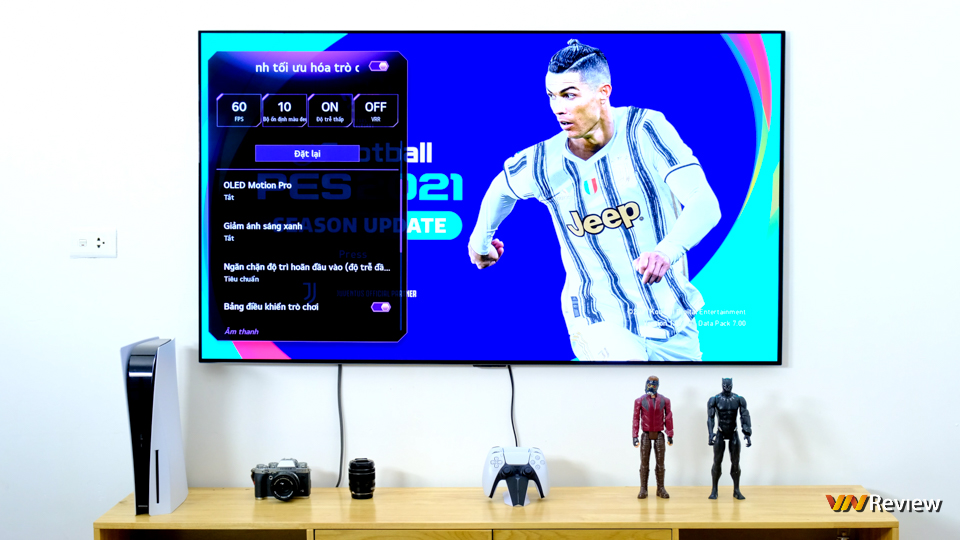 On its 2021 OLED TV lines, LG also brings a new settings menu called Game Optimiser (game optimizer). Here, users can set many parameters related to the display image quality for the best gaming experience. Some interesting settings can be mentioned such as Game Genre automatically optimizing the display for the game you are playing (FPS, RTS, RPG, …), choosing the optimal delay mode (Standard or Boost). , VRR/G-Sync or AMD FreeSync Premium, etc. The remaining options, for the most part, do not bring about positive changes to the displayed image, so I advise people not to worry too much about them.

The speakers on the LG G1 have a total capacity of 60W, placed on the top and bottom edges to not affect the sound quality even when mounted on the wall.

In terms of audio experience, LG G1 is equipped with a speaker system with a total capacity of 60W, 20W larger than LG C1. The TV’s speaker system is distributed on the top and bottom edges so as not to affect the sound even when mounted on the wall. LG uses artificial intelligence to identify types of broadcast content to improve sound effects: Explosion scenes are vividly reproduced, ear-splitting, character dialogues in the game are clear and separate, but when they “playing” to this extent, perhaps, we should still invest in a really good speaker system to bring the best experience.

Is it a worthwhile investment? 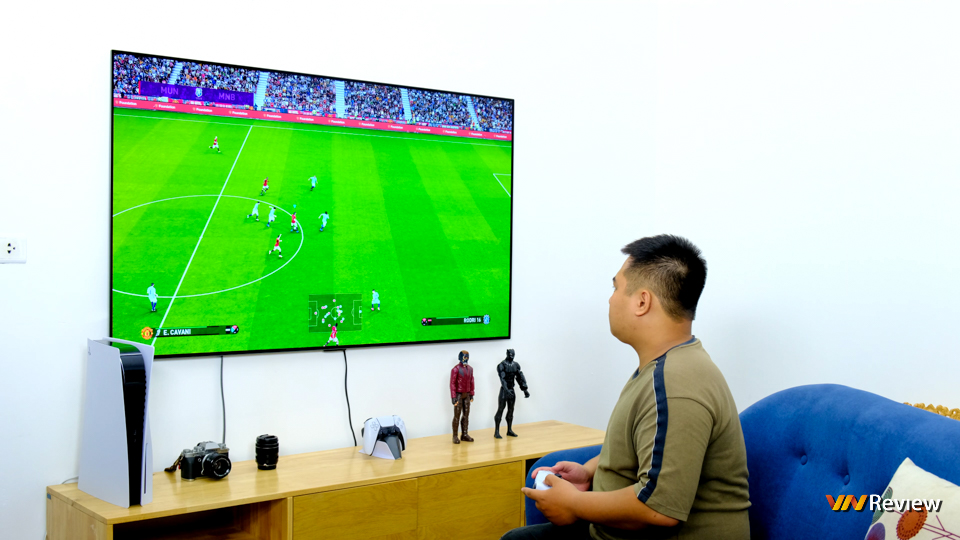 If you follow from the beginning of the article, you will see that I have nothing to criticize about LG G1, because there is simply nothing to criticize, from design to display quality. The biggest obstacle of LG G1 is the price, when the 65-inch version in this article will “wash away” your 95 million dong. For me, this is a lot of money, but for others, maybe, they simply want to experience the best without worrying about the money spent. TVs like the LG G1, are obviously aimed at that second group of people.

The LG G1 is the best gaming TV available today, that’s for sure, and could even last a few more years. Given the choice (and plenty of money, of course), I would choose the LG G1 without a second thought. But if you spend your own money over 90 million, in my opinion, choosing the LG C1 model and taking the extra money to buy yourself a PlayStation 5 is not a bad idea.