The large MPV commonly known as the “nanny car” was developed in response to the special needs of the American market. The most representative car model is definitely TOYOTA SIENNA, and SIENNA has walked more than 20 since the first generation model was released in 1997. At the beginning of the year, the fourth-generation major redesigned model originally scheduled to be published at the New York Auto Show, although delayed due to the impact of the epidemic, is now available online, but the new SIENNA is definitely a car that will not disappoint. The fourth-generation SIENNA adopts the TNGA-K platform, which is the largest size in the current TNGA predecessor platform. The current vehicles such as TOYOTA CAMRY, Toyota RAV4, and LESUX ES all use the TNGA-K platform. It can be imagined that they can provide a sufficiently spacious car Room space, after all, the original SIENNA is already huge! The biggest change should be that this new SIENNA currently only provides a 2.5-liter four-cylinder engine with a dual electric motor (four-wheel drive version is a three-motor) power option. Corresponding to the previous LEXUS has canceled the introduction of RX350, it can almost be concluded that the A large number of 3.5-liter V6 naturally aspirated engines that appear on TOYOTA and LEXUS medium and large cars will enter history. 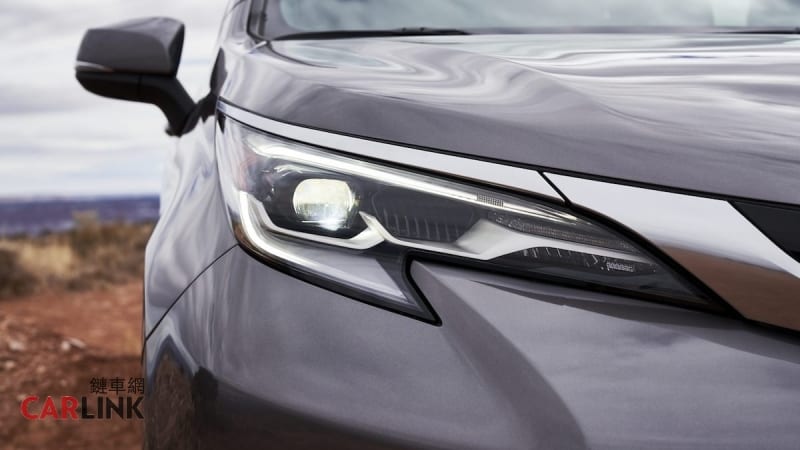 As for the single power provided by this SIENNA, it is the same A25A-FXS system as the Toyota RAV4 Hybrid, which can output a maximum of 243hp. Depending on the equipment, it provides five models of LE, XLE, XSE, Limited, and Platinum. Three optional kits including LE Plus, XLE Plus and XSE Plus are available. Among them, LE and XLE models are set for eight seats, and the rest are seven-seat models with double independent seats in the middle. At the same time, four-wheel drive versions are also provided depending on the model. Row, sliding distance up to 25 inches back and forth, which is so much 63.5 cm. However, the new SIENNA equipped with almost top-notch, regardless of the appearance or interior design, has lost the warmth of the previous “nanny car”, and transformed into a more luxurious and more technological “Next-generation MPV” atmosphere. There are few places to see design elements similar to LEXUS. And because TOYOTA has not yet announced the official price and time-to-market of the new generation of SIENNA, many media (especially the American media) believe that it should be a lot more expensive. As for the part of Taiwan, I believe that the fastest time is to wait until the beginning of the second season of about Momo next year.