Last year, we reviewed the Lenovo ThinkBook 13s G2 series with the Tiger Lake chip. At the present time, the machine has just launched a new G3 model, equipped with AMD Ryzen chips instead of continuing to use Intel chips. In addition to the difference in the processor chip, the different details of the outer shell design, connection port layout, keyboard and even screen are kept by the company compared to the previous version.

The version of Lenovo ThinkBook 13s G3 that we use in the review is equipped with an AMD Ryzen 7 5800U chip, has 16GB of RAM and a 512GB SSD. The screen of the machine is a type of Full HD resolution, divided by the 16:10 ratio.

Similar to the previous version, the outer shell of the Lenovo ThinkBook 13s G3 is finished with the main color of silver and white. With an overall weight of less than 1.3 kg and a body thickness of less than 15 mm, the ThinkBook 13s G3 is a compact looking and highly portable computing device. The device has a modern look thanks to its screen wrapped inside a thin and uniformly sized frame. The machine has a good build quality and finish compared to the price range.

In terms of connectivity, the ThinkBook 13s G3 has a single difference from its predecessor, and that’s because the AMD-powered models do not support the Thunderbolt 4 connection standard. However, the USB Type port -C of the device still has the ability to charge the battery and output video when needed.

The device’s fingerprint security is located inside the power button and has stable performance. The keyboard’s quality is one step worse than that of the ThinkPad series because it is limited by the press stroke. The ThinkBook 13s G3’s touchpad has a large area, providing a good experience when controlling the mouse pointer.

The version of our review machine uses a screen with a basic resolution of Full HD, divided by the 16:10 ratio. The actual usage process shows that the machine’s IPS panel has good display quality, with high brightness and true colors. However, the colors on the screen are not as vibrant as some models in the same segment, such as the MacBook Air.

Divided by the 16:10 aspect ratio, the screen of the ThinkBook 13s G3 gives users a larger display area, especially when you work with different types of documents.

During our testing, the ThinkBook 13s G3’s screen had an average recorded brightness of 380 nits, well above the category average. The screen also has very good contrast, with a recorded ratio of 1600:1. 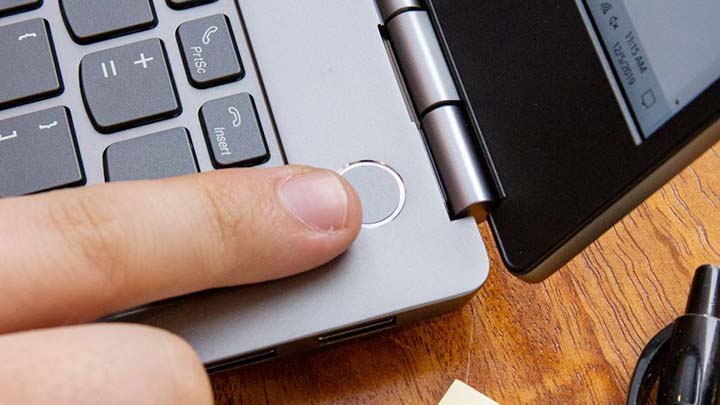 While ThinkBook 13s G2 uses Intel Tiger Lake chip, Lenovo decided to switch to AMD Ryzen chip for G3 version. The version of the machine that we are equipped with a high-speed chip is the Ryzen 7 5800U. In addition to this configuration version, the machine is also sold with a version of the Ryzen 5 5600U chip with slightly lower performance.

Overall, the ThinkBook 13s G3 has a very good performance level because its processor chip is capable of consuming power with a capacity of up to 30W in a short period of time, then stabilized at 25W. This power consumption metric was maintained for about 5 minutes in our Cinebench test. After this period, the power consumption of the chip is reduced to 14W. CPU performance, especially in multi-core performance tests, is much higher than the previous generation version.

You can choose to set “Maximum Performance” in the system settings to slightly increase the performance level of the laptop. When using this setting, the chip’s TDP power consumption is pushed to a maximum of 48W, then reduced to 19W after just a few minutes of operation. Even for a moment, the performance level of the ThinkBook 13s G3 can be compared with other workstation laptops on the market.

The graphics processing performance of the integrated GPU chip Vega-8 is also very good, but there is a slight decrease in performance when performing tasks that require a lot of processing power.

The machine offers a smooth practical use experience thanks to its high-speed SSD drive. Everything was done quickly, seamlessly, and there was almost no lag during our testing.

Because the chip’s processing performance is slightly reduced after a few minutes of operation, the temperature of the laptop’s surface is always kept at a stable level even during intense testing. We measured temperatures above 40 degrees Celsius in the area under the machine, so users can put the device on their lap during use without worry.

ThinkBook 13s G3 is equipped with a 56Wh battery, providing a good level of battery life during actual use. To test battery life, we adjusted the screen brightness of the device to 150 nit (equivalent to a brightness level of 81%), the laptop will then be used to surf the web continuously until the battery runs out. . The machine lasted 11 hours and 12 minutes before shutting down completely.

The ThinkBook 13s G3 is the laptop with the longest battery life in our comparison group. Specifically, the Lenovo laptop has a longer battery life than the Asus ZenBook 13 (9 hours 12 minutes), HP Pavilion Aero 13 (10 hours 40 minutes) and at the same time surpasses the segment average (9 hours 16 minutes). ). 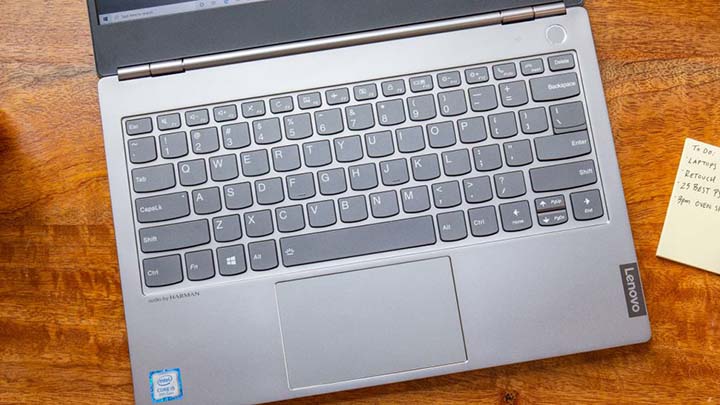 Whether you choose the version using the AMD Ryzen chip in the G3 model or the Intel Tiger Lake chip in the G2 model, the Lenovo ThinkBook 13s is a high-quality laptop model with a compact design, equipped with many ports, capable of High speed wifi connection. In addition, the machine is also equipped with a 16:10 screen with good display quality along with a comfortable keyboard and touchpad.

It has a long battery life, giving you peace of mind to work for a long time without having to worry much. The only significant difference between the two models is that the version using the AMD chip does not support the Thunderbolt 4 connection standard.

The machine has a single big minus point, which is in the heat dissipation system. Specifically, during daily use, the machine’s fan system will probably work even if you don’t do any work that requires a lot of processing resources. If this limitation does not bother you too much, then the Lenovo ThinkBook 13s G3 is a reliable work laptop option and is worth considering.