However, in this era, gamers can come across many games with a more gloomy ending, with the protagonist overwhelmed by evil, for example. Moreover, the happy ending is not always completely good, if you take care to consider the factors at the edge and how the developer designed the plot in the game. The following is a list of 10 titles that thought to end happily but turned out to be extremely dark.

Heavy Rain has 7 endings, of which 3 endings are the main characters who will commit suicide, and a few remaining endings, the culprit in the game is still alive and outlaws, but there is an ending. kha is “ideal”. With this ending, we will see Ethan, along with Madison and his son Shaun, have been freed together to live happily together: when the killer Scott was killed and Norman suddenly no longer an addict. Everything is pink.

But the truth is not so. Aside from Ethan still having psychological problems, with the death of his first child, it’s hard to believe that social services would allow him to continue living with him. his current child. Taking a child to the park alone, while having a problem with himself, is unbelievable. It was also because of Ethan’s heartlessness that his first child had to die when the two lost each other in a shopping mall. The comfort and care of children is not one thing; but when he led to the death of his first child, and almost the second child had to die, Ethan should have been deprived of custody. 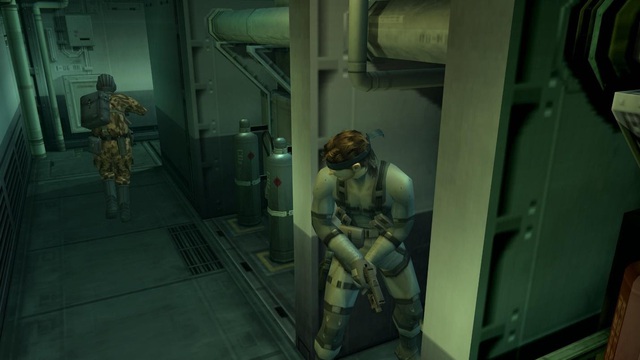 After Arsenal Gear crashed into New York City and Raiden was forced to confront Solidus Snake, Raiden won and reunited with his girlfriend Rose (now pregnant). Aside from a couple of unresolved circumstances, the main plot ends in a good way, nothing sad here.

However, half of New York City is now destroyed, tens of thousands of people die, and those who survive will also suffer the consequences of it for many years to come, when the government will surely increase. tax to get more money to remodel the city, clear out the remnants. Therefore, looking a little wider, this is not an ideal ending at all, if only seeing heroes and beauties living happily together, it is really shortsighted.

Medal Of Honor: Warfighter – For families that disobey orders

This game has sparked mixed reactions. Not to mention that the experts who advised this game to EA were disciplined for disclosing confidential information, just the end of the game alone has made the player more or less tired. EA decided to let Preacher choose between reporting to the commander, or leaving the task to spend time healing his family. This idea is a bit half-hearted and far from the main plot’s development, but it’s still a pretty interesting ending.

But thinking about it, leaving the quest still had its price. Taking care of one’s family is one thing, but being arrested and sent to jail for not following the duties, it sounds quite … stupid, because if caught, how can you take care of your family. The key point is that if the Preacher leaves, the army will be weakened, and the chances are that Preacher will face a heavier punishment than usual. In addition, Preacher also seems to be a violent person, so sometimes he will join a group of mercenaries instead of the army. And depending on the client of this group of mercenaries, he may be charged with treason, and the punishment for this crime is not light at all.

Uncharted 2 – Destroy things that should be preserved

Nathan Drake continues his journey of revenge when his friend Elena is nearly killed by a grenade. Drake confronted Lazarevic – almost immortal after drinking the Tree Of Life tree – and finally he found a way to kill this guy: let the Shambhala city guardians handle him. I am okay. Lazarevic died, Nathan and Elena kissed, the sun set, everything was fine.

But like Indiana Jones, Nathan Drake could not protect what he should have. Drake should have discovered the antiquities and historical sites and preserved it, but on the contrary, he made the Tree Of Life shabby and resulted in the splendid Shambhala kingdom. body. Instead of helping the people here escape, Drake blew everything up and went on with his lover.

Streets of Rage has 2 endings, one can go ahead with singleplayer mode, and this is considered a happy ending. And the ending is only viewable when playing 2 people. When the brothers face the final boss, he will give the two protagonists the opportunity to join his gang. If one person agrees and one disagrees, the boss will give you two … solo to death to prove his loyalty to him. After the solo is completed, you will be dueled with the last boss and hold an empire, which is recognized by everyone.

However, there is a high chance that your time in power will not be long because there are not many of us and our protagonist will have to protect his empire on his own. In general, it would make no sense for all of my efforts, including betraying my friend. Or another development, the hordes below will revolt and try to “depose” and kill this new boss. Any problem, everyone.

Hooray, we killed the Russians and stopped them from invading America, just like in the Hollywood movies you watch. So we should celebrate now, but the Russians are only crazy to dare to invade America again.

But the war is not over yet. The Russians will of course return, and many times more dangerous than before. They have been defeated once, does not mean they will be defeated a second time. The victory may have been a glorious feat for the Freedom Fighters, but this fun will soon be over.

In order to save Princess Peach, Mario has to go through a lot of hardships and go to Koopa’s castle. So when Mario wins against King Koopa and his children in Super Mario Bros. 3 and Super Mario World, gamers were extremely excited for completing their mission, enjoying a happy ending with Princess Peach.

But thinking back, what are the guilty things that Koopa’s children were brought against Mario by Koopa? Whether “stuffed skulls” or forced to fight, they are not rivals of Mario, and must accept fate – quickly dealt with by Mario. This plumber should have saved these kids, or taught them a lesson and got rid of them. But no, Mario killed the kids too, and blew up the castle, ready to bury them under the rubble. It seems that Mario is not a very friendly person.

In this fighting game, if you choose the character Lee Chaolan and defeat the last boss, then according to common sense, the ending will be very epic. After winning a tournament, Lee Chaolan returned to the leisure life in the Bahamas. At this time, Lee’s adoptive father Heihachi became a servant to the protagonist, and on his neck was a ring containing a detonator; If Lee disobeyed, he would press the button for the other bracelet to explode, which scared Heihachi.

Heihachi is a genius but at the same time very cruel, not from any tricks to achieve his goals. And at the same time, he must shoulder the weight of pride and frivolity in becoming such a notorious evil. Therefore, it is hard for him to agree to submit to Lee and anyway, he will find a way to escape or decide to end himself with Lee.

Link is said to be a hero for killing so many giant monsters and bringing good things to everyone. Regardless of whether the enemy is large or small, strong or weak, the Link will eliminate it. And until the credits run on the screen, we still think this is a classic model of the heroic type.

However, most of Link’s missions are to get aggressive with others, and kill the creatures just for being big and looking scary. For example, King Dodongo will not be able to harm those who do not invade his own territory, similar to Helmaroc King in The Wind Waker or Helmasaur King in A Link to the Past. These creatures live far from a crowded area, and have little interaction with anyone, but for some reason in the game, this is all evil, must be punished properly. They merely exist by nature and defend its territory; or as in The Twilight Princess, they were arrested and brainwashed to do evil. But the creatures themselves are completely harmless, and there is no need to slaughter it.

The end of Conduit 2 is quite funny. Familiar faces suddenly reappear at the end of the game, and most importantly, there are immortal presidents who look cool, equipped with heavy armor and weapons to their teeth.

But when it comes to the timeline, it’s incredibly awkward. Suddenly George Washington and Abraham Lincoln – two presidents who should have been resting for a long time – suddenly appeared and said they were immortal, the purpose is to save the world, against the giant Tiamat ship. of aliens. They may be equipped with good armor, but looking back doesn’t seem ready to fight against the invaders. They are most likely to flee, ignore Tiamat to destroy the Earth, or kill Michael Ford to cover up their whereabouts. In any case, none of them ends well.

(Giveaway) Copyright MoneyWiz 2, the spending management application from April 29 to May 1