One of the greatest strengths of the game is that it has the ability to send players to worlds full of fantasies and magic. However, there are some developers who go the opposite direction, creating games based on real events. Thereby, players will be transformed into the story, better understand stories imbued with human love. Here are the top 10 super cool games based on true stories.

Is a game in the adventure genre with weak interaction from Ink Stories. The player will follow an ambitious film reporter named Reza Shirazi who has just returned to his hometown of Iran, but on the occasion of where revolution is happening.

While performing the photo mission of a battlefield reporter, players will also experience the historical context of actual events that happened, as well as meet people who have lived. Survive the war.

Unlike most of the titles on this list that are set in world wars or major revolutions in history, That Dragon Cancer is an emotional story. The game tells about the loss of a child due to a terrible cancer by the family of Mr. and Mrs. Ryan and Amy Green.

The unfortunate boy was named Joel, and although he was only 12 months old, he was diagnosed with a large tumor and less than 4 months to live. The goal of That Dragon Cancer game is to try to convey the most complete feelings of regret from the Green family to the players.

This is an open world 3rd person shooter game from Pandemic Studio, set in the real world of France occupied by Germany during World War II. Players will play as Sean Devlin, a repairman. Irish alcoholic racing car aided the resistance against the Nazis.

In fact, the character Devlin is Pandemic based on a real character named William Grover, a Grand Prix champion with half British and French bloodline. Grover Williams was then recruited by the British SOE and flew back to France as a spy. Sadly, however, this hero sacrificed heroically in his own country.

Brothers in Arms: Road to Hill 30

Brothers in Arms: Road to Hill 30 is one of the most classic titles set about the Battle of Normandy – one of the most devastating historical events in modern history when the Allies decided to land 150,000. soldiers went straight to the coast of France before the fortifications and dense fire of the Nazi army.

The game is based on a true story about the 502 Regiment of Paratroopers of the famous 101st Paratrooper Division, abandoned in the middle of an enemy occupation. The story in the game is also enhanced by drama when it forces players to choose between the success of the campaign or the lives of the brothers. The game will make you think a lot about the brutal truths of war.

The stealth action game that revolves around Velvet Assassin tells a story surrounding the life of character Violette Summer. She is a beautiful British spy who worked in the rear of the Nazis during World War II to sabotage the enemy’s war machine. Without the backing from England, Violette Summer had to face countless challenges by herself to contribute to bringing peace back to her homeland.

Violette Summer is not an entirely fictional figure. To build this character, the game makers took inspiration from the life of spy woman Violette Szabo. Although the story is not happy, when she is finally discovered by the Germans, taken to the Ravensbrück concentration camp and suffocated, her career will be remembered forever. 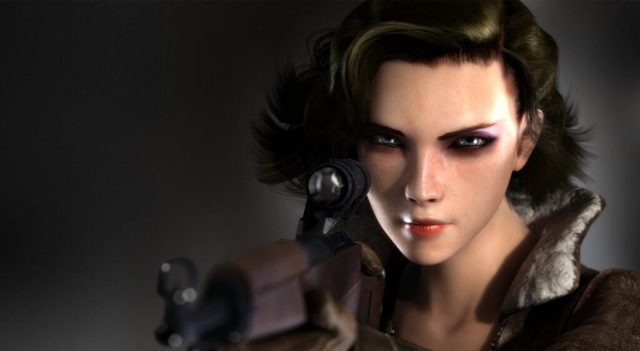 The Best Crypto Exchanges for Expanding Your Blockchain Portfolio