Tomorrow by Together breaks through Billboard 200 in the US [공식] 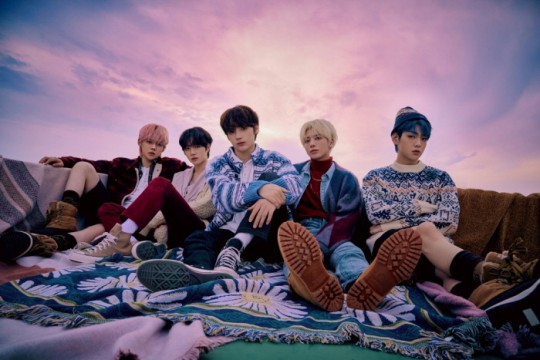 According to the latest chart (as of February 27) released by Billboard, an American music media, on the 23rd (hereafter local time), Tomorrow by Together (Subin, Fed, Beomgyu, Taehyun, Huningkai) released a Japanese regular released on the 20th of last month. The first album’STILL DREAMING’ ranked 173rd in’Billboard 200′.

With this, Tomorrow by Together is the third chart in history on’Billboard 200′ following their debut album’Dream Chapter: STAR’ released in March 2019, and their third mini album’minisode1: Blue Hour’ released in October last year. . Previously, the two albums ranked 140th and 25th (the best), respectively.

In particular, Tomorrow by Together entered the Japanese album’Billboard 200′ for the second time ever as a K-pop artist, and established itself as a ‘4th generation representative idol’ by following the path that the big hit senior BTS walked one step at a time. I’m doing it.

Tomorrow by Together’s’STILL DREAMING’ is an album containing the message “I keep dreaming”. The title track of’minisode1: Blue Hour’,’You and I Found in the Sky at 5:53′ and’One Day My Head Grown Horns (CROWN)’ from the Japanese debut single’MAGIC HOUR’ released in January last year, A total of 10 songs were included, including’Run Away,’ the Japanese version of’Angel Or Devil’ and the original Japanese new song’Force’.

At the same time as the album was released, it swept the top of the Japanese Oricon Daily Chart for 7 days in a row and the top of the weekly chart, and entered the rankings on a number of US Billboard charts, proving the hot support of global fans.

On the other hand, Tomorrow by Together is planning to meet fans around the world by holding a fan live ‘2021 TXT FANLIVE SHINE X TOGETHER’ on the 6th of next month.