Recently, Toyota’s SUV model suddenly appeared on the street, it is likely that this is a completely new version that will have more modern equipment.

In many Southeast Asian countries, Toyota Fortuner is an SUV model that is almost popular in these markets, especially Thailand, so the appearance of a test version is not too new.

Despite the thorough camouflage, it is possible to imagine the overall design to be somewhat more angular than its predecessor. Especially the newly designed wheels with red painted brake clusters will likely have a GR-S sport version.

However, the car that was caught running the test was covered with dark glass, so the interior compartment of Fortuner 2022 is still a mystery, it is likely that there will be new equipment such as electronic handbrake, automatic brake hold, … Generation Modern has quite a lot of trendy options such as Apple Carplay connection, Android Auto, 11 JBL speakers, leather seats, etc. 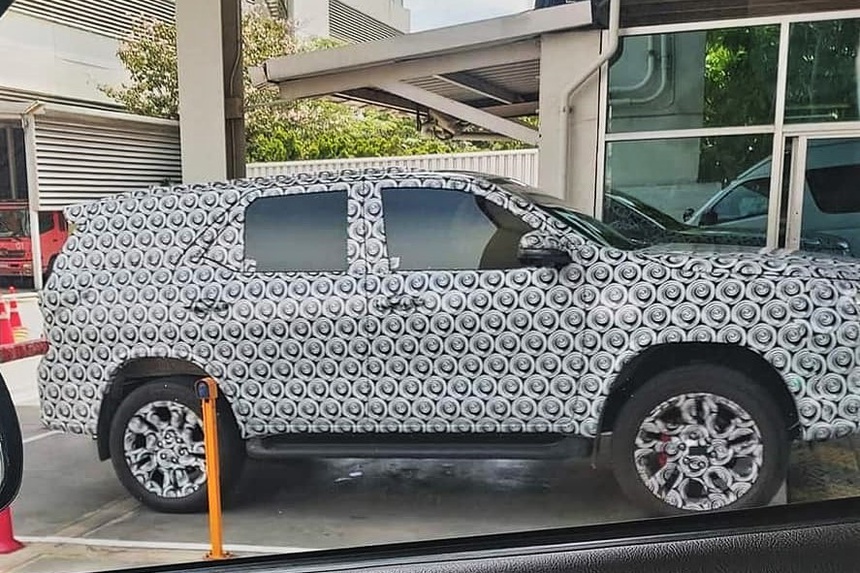 The biggest possibility that the car will have hybrid technology with 2.4L and 2.8L diesel engines, if true, Fortuner is an SUV model that applies a hybrid diesel engine for higher capacity and better fuel economy.

In Vietnam, Toyota Fortuner shows signs of decline in sales, but it is still a big competitor of many other brands. Currently, the car has 7 versions with prices from 995 to 1,426 billion VND.