The 50s of the last century must be said to be very lively and excited, not to mention that the decade was also filled with some very funny odd products to solve some of the common problems encountered by motorcyclists. right. And this is one of the really crazy heating helmets that were born at the time. 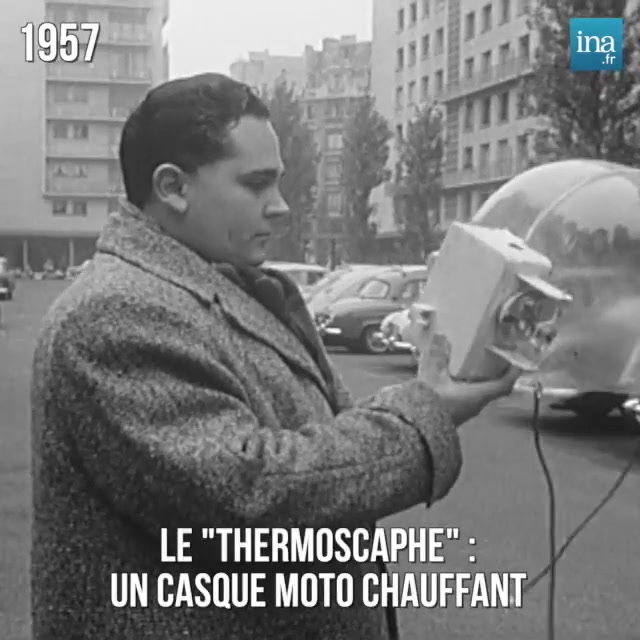 The video above comes from a French news site and this hat was introduced as “Thermoscaphe”, so we can assume it is a French original creation. Its name is a transformation from the phrase “bathyscaphe”, a manned submersible vehicle to explore the deep seas that are still in use today.

No one is sure that the inventor of the Thermoscaphe helmet was really serious about it, even though most of the eccentric inventors of the time were confident that their product was genius. However, the design of this helmet is quite useful, because its acrylic structure of 360-degree, transparent viewing angle offers great visibility.

Images taken from the video

Obviously not designed for high speeds, this helmet does not have a strap under the chin, even if it also has a seat belt. It probably doesn’t need a Pinlock lens either, because the breathing space between the lower edge and the body of the team will have enough ventilation inside, thereby preventing mist.

For the hat’s heating device, it was a primitive form, using an alcohol lamp with a flame to heat the air duct. The outside air is pushed through this duct by a battery-powered fan, and will get warmer as it flies through the metal pipe.

The entire heating device is attached to the left of the hat, adding to the distortion of the invention more than 60 years ago. Hopefully at least the lights are cleverly designed so that the alcohol won’t easily flow out when the hat is tilted. In the event of a collision, if the alcohol lamp is on the driver’s clothing, it is very dangerous, because everyone knows how easy it is to catch fire.