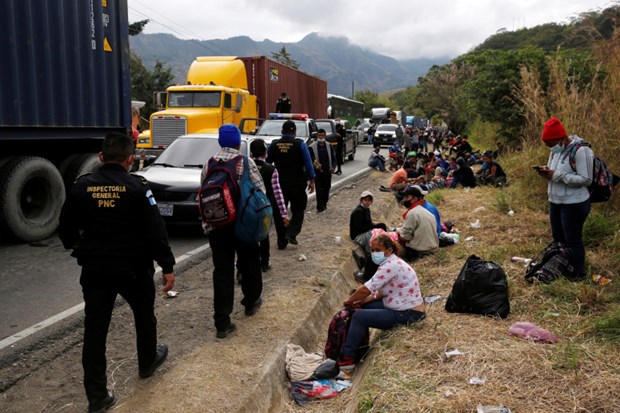 On February 6, US Secretary of State Antony Blinken announces that the government has suspended the Refugee Cooperation Agreements (ACA) with Guatemala, El Salvador and Honduras that the former government has President Donald Trump signed with these Central American countries.

According to the VNA correspondent in Central America, the ACA stipulates that Guatemala, El Salvador and Honduras will become “safe third countries,” thereby accepting migrants while waiting for the US side to process their asylum applications. Previously, only Guatemala implemented this agreement, while the agreements with Honduras and El Salvador have not come into effect.

Secretary of State Blinken said the decision does not mean the United States opens the border with migrants, but is the first steps towards cooperation and mutual respect to find more suitable means to deal with. the issue of safe and orderly migration.

In addition, the administration of President Joe Biden has suspended the construction of the border wall with Mexico, forming a specialized group to reunite minors separated from their parents after crossing the border into the United States. and will review the Migrant Protection Protocol (MPP), also known as the “Stay in Mexico” program.“

As of 2019, according to the MPP, about 60,000 immigrant stayed in Mexico while waiting for the US side to process the asylum application.

Earlier this month, Feb. 2, President Joe Biden signed a decree addressing the causes of the migration problem, managing migration in the region, and providing an orderly and safe process. for asylum seekers at the border.

Every year, thousands of Central American migrants pass through Mexico to find their way to America on a long and dangerous journey, according to human rights groups. Migrants are at high risk of being kidnapped and murdered by organized crime gangs./.