The US exercises with Romania, pledging to ensure security in the Black Sea 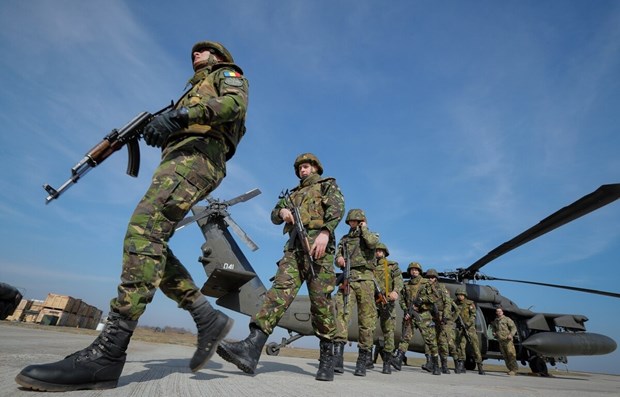 Romanian soldiers stood next to the Black Hawk helicopters of the US army. (Photo: AP)

International radio station Romania February 6 said that the soldiers of the Romanian Navy and Air Force are having joint training exercises with the soldiers. US Navy, starting from February 5.

This is the first joint training activity between Romania and the US this year, according to the Romanian Ministry of Defense.

The exercise aims to enhance the North Atlantic Treaty Organization (NATO) assurance measures in Southeast Europe, as well as increase the level of interaction among participating soldiers, while showing US commitment to ensuring security in the Black Sea region.

According to the Ministry of Defense of Romania, a strategic partnership with the United States is one of Romania’s defense and security pillars.

The ministry emphasized that the cooperation between the Romanian army and the US forces deployed in Europe helps to enhance its ability to respond quickly and effectively to situations on the eastern flank of the country. NATO./.