‘The Tross Show’ Lim Young-woong, 1st place by overwhelming vote… Hall of Fame for 3 months in a row 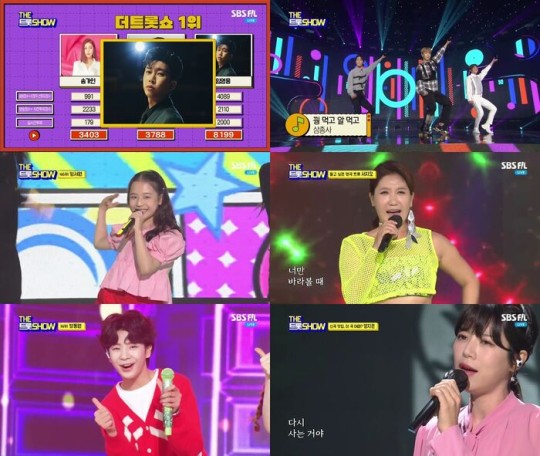 [SBS연예뉴스 | 강선애 기자] Singer Young-woong Lim was inducted into the Hall of Fame for ‘The Trot Show’ for 3 months in a row.

In ‘The Trot Show’, which was broadcast live on SBS FiL and SBS MTV on the night of May 31, Lim Young-woong took first place with ‘HERO’.

Young-woong Lim, who had an overwhelming approval rating in the advance voting, showed a large difference in votes in the live-broadcast real-time voting as well, with a total of 8199 points, beating Yeong-tak, who received 3788 points, and Song Ga-in, who received 3403 points, to take first place. Lim Young-woong, who first won first place with ‘My Love Like the Starlight’ in March, is trending, setting a great record of entering the Hall of Fame on ‘The Trot Show’ for three months in a row with ‘HERO’ in May following ‘Now Trust Me’ in April proved that

Since ‘The Trot Show’ excludes the monthly number one song from the nominations for the next month’s number one, it is interesting to see which song Lim Young-woong will rank on the June chart.

On this day’s ‘The Trot Show’ live broadcast stage, Jo Jo Jo, Hae-Sung Jin, Si-A Kim, Jo Myeong-Seop, Dong-Won Jeong, and Ji-Eun Yang appeared on stage. The trio of ‘Trot Son Idol’ opened the door to ‘The Trot Show’ with their splendid stage manners. Jin Hae-seong, who is doing trot and variety shows, showed a stage full of masculinity. Yang Ji-eun of ‘Miss Trot 2’ entered the charts for the first time with ‘Living Taste’ and Lim Seo-won with ‘Shoulder Dance’. Jung Dong-won, a ‘trot prodigy’, also exuded a cute charm with ‘the best in my heart’, which first entered the charts. ‘Nation’s Aunt’ Seo Ji-o and ‘The Bard’ Jo Jo Jo captivated viewers by singing ‘Dolly Do’ and ‘Thank You’ with ‘The Masterpiece You Want to Hear’.

Meanwhile, in ‘The Trot Show’ next week, you can meet 50 songs that shined on the charts in May. ‘The Trot Show’ is broadcast every Monday at 9 pm on SBS FiL and SBS MTV.