In the entire old community renovation project, the government, residents, and social forces play an indispensable role in the three parties, but the nature of the funds of the three parties is different, and their funding goals are also different. 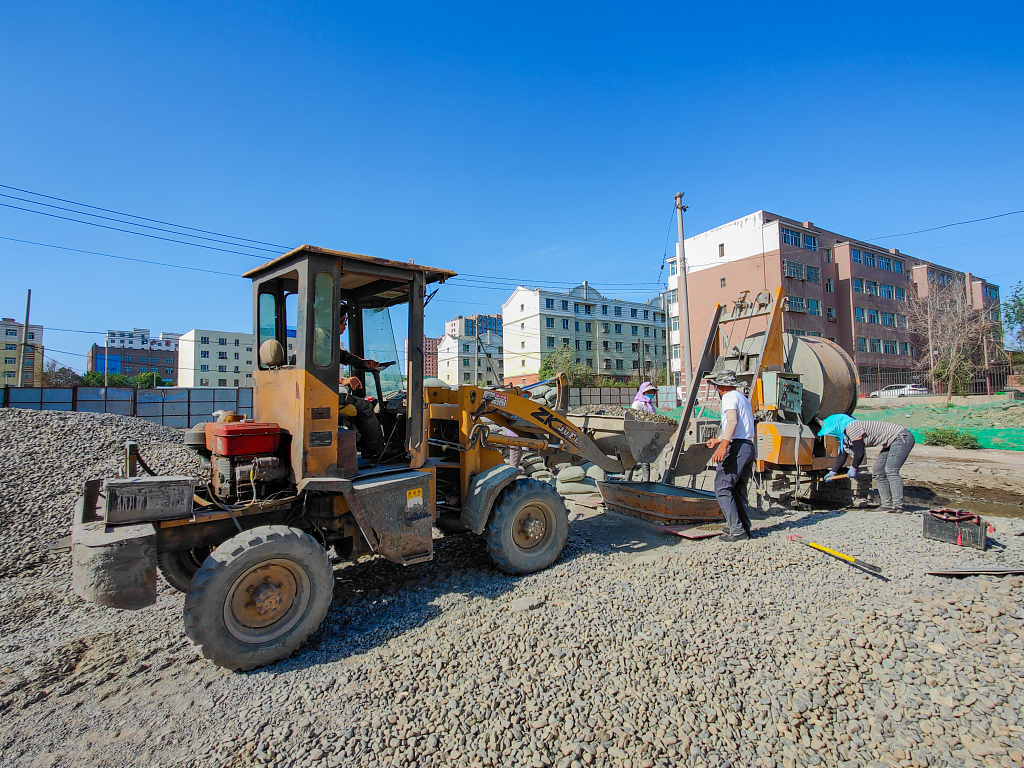 The General Office of the State Council recently issued the “Guiding Opinions on Comprehensively Promoting the Reconstruction of Old Communities in Cities and Towns”, calling for the comprehensive promotion of the rebuilding of old communities in urban areas.

The transformation of old communities in cities and towns is a deployment of great significance, which not only affects the vital well-being of the people, but also plays a positive role in promoting the current economic operation. Since the reform and opening up, my country’s large, medium and small cities have undergone huge urban renewal and construction, and the housing standards of urban residents have generally been greatly improved and improved. However, in many cities, there are still many communities built in the early days of the founding of New China, and some were even built before the founding of New China. Not only have their houses been seriously damaged, but the housing structure and facilities are seriously backward, resulting in The living quality of some urban residents is poor. For example, the six or seven-story apartment buildings built in many cities in the early stages of reform and opening up did not have elevator facilities, making it extremely inconvenient for the elderly and patients to go up and down.

Therefore, to carry out the transformation of old communities, for the residents in these areas, it is not icing on the cake, but charcoal in the snow. For local governments, stepping up efforts to promote the transformation of old communities can also effectively promote urban renewal, enabling urban residents to lead a modern life as soon as possible, and to earnestly enjoy a better life by improving the quality of living. In the short term, the new infrastructure driven by the renovation of old communities can play a more direct role in solving the problem of economic stagnation after the epidemic. After the epidemic, although my country’s economic recovery has been relatively strong, it is an undeniable fact that some industries had to suspend work and production during the months of stagnation. The damage was severe and it was difficult to recover to the pre-epidemic period in a short time. Level, which will inevitably affect the overall recovery and growth of the economy. The various market energies stimulated by the transformation of old communities can fill the gap in this respect in a timely manner, thereby bringing momentum to economic growth.

Compared with the construction of new residential districts, the renovation of old districts is a very complicated project. Residents in the districts have different demands, which often affect the whole body. It requires more energy and financial investment from the local government. Compared with the more market-oriented mechanism used in newly-built residential communities, the transformation of old communities requires more local governments to play a role, especially in coordinating the different interests of residents. It is almost difficult to advance without effective government operations. The government of a newly built community does not pay a penny and can get various benefits, but the transformation of an old community requires government input. In this regard, the “Guiding Opinions” of the State Council clearly stated that it is necessary to establish a mechanism for the government, residents, and social forces to share rationally for reform funds. For the transformation of old communities, only the power of these three parties can form a whole to make the transformation progress smoothly.

In the entire old community renovation project, the government, residents, and social forces play an indispensable role in the three parties, but the nature of the funds of the three parties is different, and their funding goals are also different. For the government, improving the residential quality of residents is a manifestation of the housing security function it must undertake. Therefore, this fund can be guaranteed by finances. The government’s investment in this area is a kind of obligation, and it cannot request economic returns. . For residents, it is only natural to invest in the renovation of old communities. The market economy has established the principle of who benefits and who invests, and it has become the consensus of the people. Therefore, most residents are willing to provide funds to improve the quality of their houses. . However, with only government guarantee funds and residents’ contributions, the power is limited after all, so it is necessary to introduce social forces to participate. The so-called social forces are, to a large extent, private capital, and they need to get a reasonable return when they enter the transformation of old communities. The “Guiding Opinions” proposes to support local governments to raise funds for transformation through the issuance of special local government bonds. Various professional institutions and other social forces can be attracted to participate through government procurement, paid use of new facilities, and implementation of asset rights.

Therefore, in the transformation of old communities, the joint input of the three parties is required, but the input of the three parties also needs to be reasonably divided. For example, a principle should be established. In the transformation of old communities, government funds mainly undertake the transformation and construction of the community environment and public facilities that are difficult to operate through market mechanisms, while residents mainly pay for the renewal of their home indoor facilities. The input of social forces should be mainly reflected in public projects that can obtain benefits through market mechanisms. Through such a clear division of powers and responsibilities, a practical mechanism is formed, and the renovation of old communities will basically be funded.

Post Views: 45 Irish police arrested yet another man involved in the deaths of 39 victims in a frozen container in Essex, England. The man, believed to be in his 20s, was arrested in the afternoon of October 26 in the port of Dublin, Ireland, after getting off a ferry. The police later confiscated the […]

Post Views: 168 On February 10, Syrian media published photographs showing several Turkish military equipment destroyed by Syrian Army (SAA) attacks on Idlib battlefield. Photos show that at least one M60T battle tank, an M106 artillery tow truck and many other military vehicles were destroyed. The time and location for taking these photos has not […]

The case of the discovery of 39 bodies of immigrants into the UK: Message from the British Ambassador

Post Views: 31 Police blockade the scene of a container truck containing 39 bodies in the Waterglade Industrial Park in Grays, East London, England, on October 23, 2019. Photo: AFP / TTXVN Accordingly, the Ambassador affirmed: This is one of the most difficult weeks for the Ambassador in his career as a diplomat when watching […]