The pros and cons of these balancing updates are non-stop


For most Hearthstone gamers, Team 5’s willingness to intervene frequently and adjust meta is a positive signal. However, even if its goal is to improve the quality of the game, this will bring some inadequacies if it happens too often. 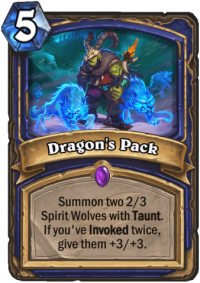 At the time of writing, nerf 16.0.8 was released. This new update continues to affect Galakrond Shaman – the deck still returns to the top tier in the Legend rank despite being nerfed in the previous update. The developer said they felt Galakrond was too strong, and Warlock and Warrior also had to be nerfed a bit. Dragonqueen Alexstrasza Can not play indefinitely anymore, and no one can complain about nerfing this card again in Standard. While, Necrium Apothecary well adjusted. This card is considered a transient response from complaints on Reddit, not because it has a ‘problem’ in the meta. As with the previous nerf, each of these changes is understandable, but there is still debate that the update has been taking place too much lately. 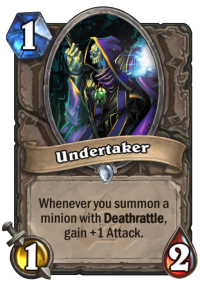 Back in the open beta with many major changes happening to the Classic set. At that time, it was considered a big breakthrough for many people because Team 5 took a more passive approach after the game was launched. Not considering digital (digitalization – everything is easy to change) is considered a poor decision (and is said to be one of the main reasons Artifact collapsed when the original developer refused to be nerfed. before the number of players dropped without braking). And yet, Ben Brode and the team also hope that the cards from GvG will solve the problem of the Undetaker card in The Curse of Naxxramas (namely two useless counter cards: Lil ’Exorcist and Scarlet Purifier). Previous Undertaker + 1 / + 1 for each Deathrattle summoned by you, instead of the current +1 Attack. In general, GvG does not solve anything.

As the years passed, with deck tracking tools and tactical websites sprouting up, the community could understand the content of the game faster. Therefore, nearly every meta is complete when the release cycle for an expansion is only half the way. This is one of the significant complaints from veteran gamers (along with the lack of long-term goals or alternative game modes). Therefore, changing the approach of the game from Team 5 leaders is considered a good sign. The current implementation also supports the pace of mobile users more over the years, but, this has to trade with depth in gameplay. Content like Rise of Mechs and Doom in the Bomb is considered a great solution, creating a new wind for the metagame without having to launch a completely new set to balance it. However, as the game keeps getting nerfed, even if the Galakrond’s Awakening solo adventure update hasn’t been released yet, you’ll wonder if they’re happening too much. 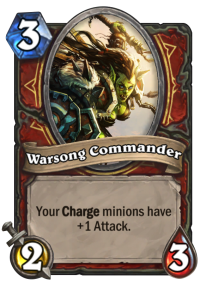 In my opinion, the post prefers stable meta. Most players enjoy the exciting testing phase right after the new expansion pack launches. However, that means we have to use decks that have not been optimized tactics – because people need time to learn more.

Changing in the middle of the expansion phase is a good thing. Often it will create a “pre-update” and “post-update” way of thinking in the community (as long as they have great significance in the meta). However, if the developer is constantly nerfing, the time it takes for the meta to stabilize becomes quite short, which makes the comprehension of the cards longer. Knowing that their deck will be nerfed in a few weeks and can become useless, F2P (free-to-play) and tight-budget gamers are hard to test new decks for. And yet, it also seriously affects some people who like to play the optimized deck, with obvious tactics. And finally, if your new set of strong leaves has to be nerfed twice in a month, it reflects Blizzard’s very poor product, or poor development team, right? which? 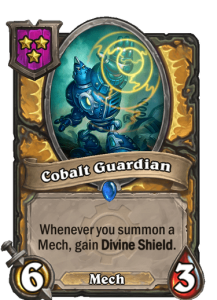 In fact, the shift from developer to overreacting community response to experience in the current Standard. Galakrond Shaman is almost king as a realm when the new expansion pack is released, while the team is taking care of Battlegrounds – the game’s new auto chess mode. Blizzard has done its best to ensure the single player content is not boring in repetition so that everyone can enjoy the game without having to join the rank.

Small changes often make a lot of sense in the Battlegrounds environment, and having a large number of cards as well as a large Hero to change in and out (plus the ability to easily design new cards / Heroes) helps to counter This level of play has a major advantage over other “auto” games. However, the craze for Battlegrounds will also turn off as quickly as it started, even faster, as competitors have more convenient ways to increase the appeal of their game.

Of course, tryhard players are not always valued in the Hearthstone community. Game modes like Arena or Wild are completely abandoned, Battlegrounds comes out with a bug-scoring system and Blizzard doesn’t even intend to reset the rank (like in Standard and Wild) despite the player’s rank becoming extremely differences in just a short time, in addition to the absence of tournament mode in the game makes competition between normal players against each other extremely difficult (often held small instead of by system) . Changing the meta multiple times in an expansion pack may make ordinary players more interested in the game, but on the other hand it makes tryhard players less motivated to play. As Magic: The Gathering is getting fewer and fewer new players, the solution offered by the publisher is to reduce the complexity and cost of the game, rather than nerf all of the too strong items. Hearthstone’s design team is always aiming at pre-configured play styles instead of strong ones independently, and making persistent small changes is probably not the best way to solve current problems. game.

On hand Xiaomi Mi Smart Band 6 (Mi Band 6): The design transforms, the battery life is longer and is worth the price with the function of measuring the concentration of oxygen in the blood