After the journey to lead the team that culminated in the championship at the 2018 AFF Cup, Mr. Park became the inspirational icon, breaking the limits in the hearts of fans. Catching that, Samsung has teamed up with "he fell asleep" launching Galaxy S10 + Park Hang-seo special edition, as a gift exclusively for Vietnam market in extremely limited quantities. The product will be distributed exclusively at Mobile World in early June with a series of value deals.

The Galaxy S10 + Park Hang-seo product set is a special edition about to be released, exclusively distributed by Mobile World.

The first images show the set of phones Galaxy S10 + with the case with the picture with the signature of Park Hang-seo coach. In particular, on this occasion Galaxy S10 + will have a completely new silver version, has never appeared on the market. Similar to the regular versions, the back of the device will also have a blend of modern gradient style colors. 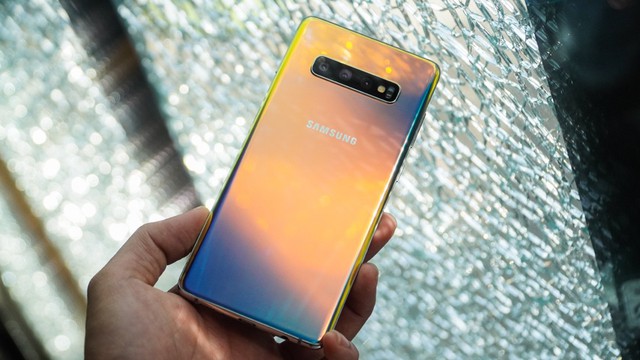 Not only does it protect the phone, this smart print case and signature Park Hang-seo signature is equipped with an NFC chip so that when the device is inserted, the phone automatically activates the new interface with a special design for the session. special edition. At this time, the machine will have a grass field interface, with the main color being green and especially the image of coach Park Hang-seo. 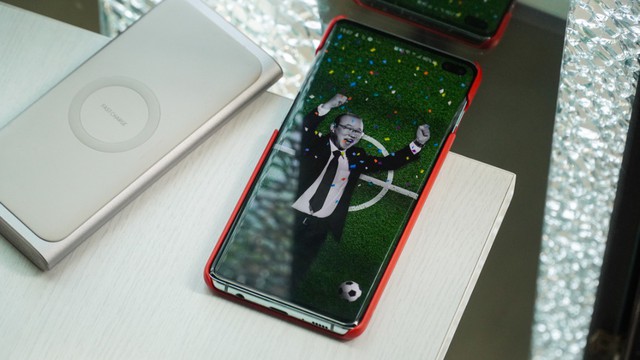 Galaxy S10 + Park Hang-seo version brings new inspiration, a way for hard fans to show their affection for the coach who brought the milestones for Vietnamese football, while helping the owner to float. Turn on more during meetings with friends and partners. Individually-styled applications allow users to personalize the device, providing fun experiences. 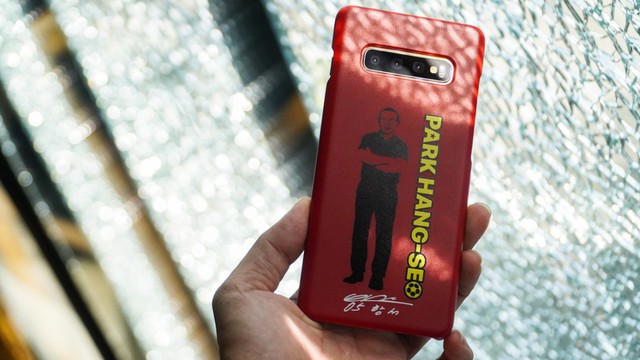 Customers can make reservations at The Gioi Di Dong in early June to receive special offers.

Galaxy S10 + is considered a remarkable product in early 2019, Samsung launched the market to mark 10 years of success of the Galaxy S. Series Galaxy S10 / S10 + duo has been pushing down the preset record of the S series at Mobile World with nearly 11,000 reservations. Machine equipped with infinity-O screen, Super AMOLED technology for sharp display, impressive, the technology is rated as the device with the most beautiful screen 2019. The set of 3 cameras of the S10 + also impresses the ability to take pictures off the font, ultra-wide angle of 123 degrees, new color point effects, as well as the ability to capture night quite well. The device has an ultrasonic sensor under the screen, enhancing security. The models of Galaxy S10 are supported with Wireless PowerShare feature to share batteries for each other and for accessories that support wireless charging.

Users who love limited editions with soccer love have a reason to wait for the only Galaxy S10 + Park Hang-seo in the Mobile World in early June with a host of other value deals. For more information about the product, please refer here or hotline 1800 1060.

Post Views: 23 Japanese filter and accessory manufacturer Hoya has introduced its new light pollution cut filter, Starscape. The filter is designed specifically for nighttime photography, enabling photographers to capture star-filled night skies in areas where light pollution could limit visibility. The Starscape filter is designed to reduce the glare produced by the mercury and […]

Post Views: 272 Not only produce good smartphones, Samsung is also very "good" in creating smart wearable devices that support user health monitoring extremely accurate and excellent. Watch Active2 is such a product, the second version of Watch Active is equipped with many advanced technologies, giving users a great experience that not every smart wearable […]

Instructions to watch HBO GO for free on FPT Play

Post Views: 42 Currently HBO GO service is being applied to all platforms of FPT Play, you only need to register an account FPT Play, receive a free HBO GO package and comfortably watch movies on TV, mobile apps or computer browsers at home, work or anywhere. Related posts How to register for FPT Play […]