The packaging of Honor Games is exposed with a new logo, an experience beyond imagination 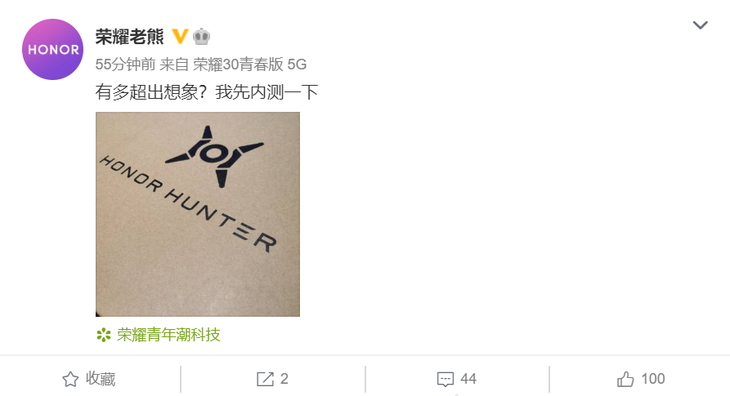 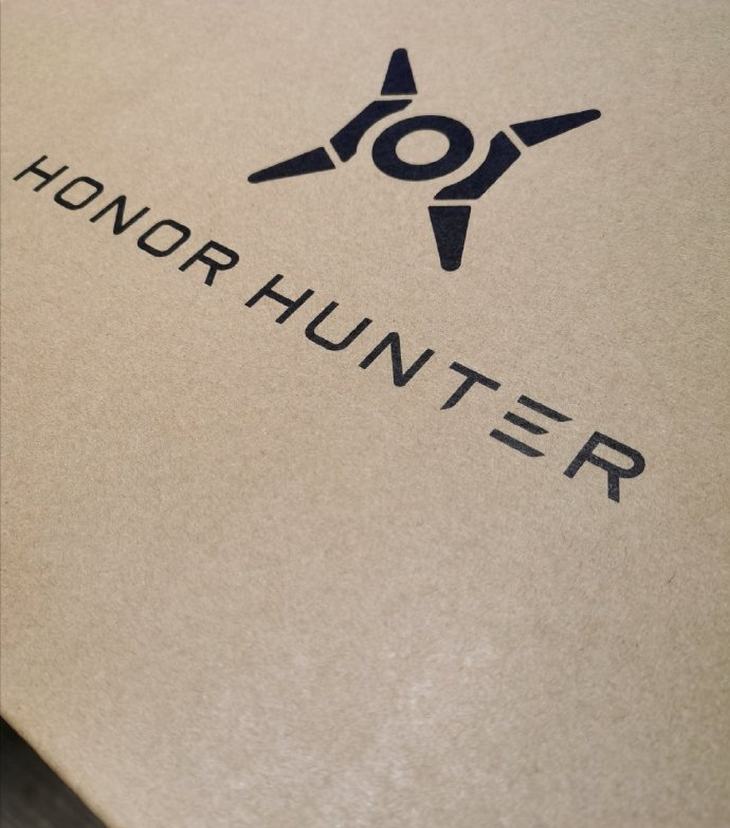 According to the picture shared by the Honor Bear, the word “HONOR HUNTER” is printed on the outer packaging box of the Honor Gaming Notebook, and there is also a cool Logo, which is consistent with the previously exposed design manuscript of the suspected Honor Gaming Notebook. The exposed Logo appeared on the Honor Hunter gaming router before, and it belongs to the game series. The Honor gaming notebook is likely to adopt this logo. 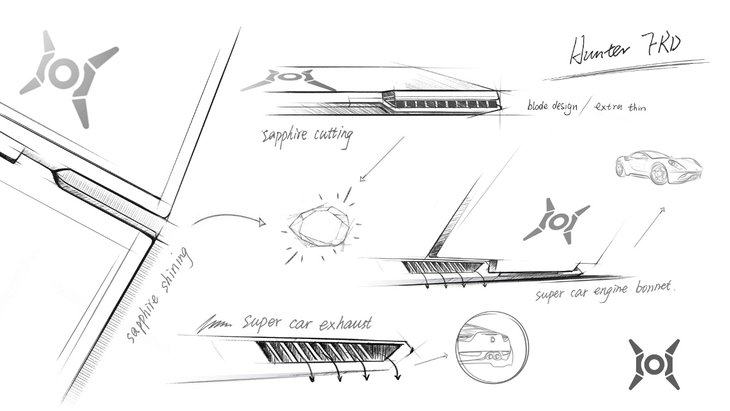 According to the previously exposed design manuscripts, the Honor gaming notebook also uses a gem-cutting process. The muscular lines of the supercar hood are added to the A side of the notebook, and supercar design elements are also incorporated into the air outlet, making the overall style more cool personality.

According to the exposed information about the suspected Honor gaming laptop’s network access, the Honor gaming laptop may be equipped with a power adapter with a maximum power of 200W. In terms of performance, Honor Gaming may use high-performance AMD processors and AMD discrete graphics cards, which can provide strong game performance support.

The Honor Gaming Notebook may be released in August. No more relevant information has been exposed yet. Interested friends can continue to follow our follow-up reports.

The Best Party Games to Play With Friends and Family

Post Views: 19 Photo by Pablo Punk from Pexels When you buy something through our retail links, we may earn commission. Once the party starts fading, it’s time to bring out the big guns: hilarious, funny and sometimes raunchy card games. These party games promise nonstop laughter or groans and are made to bring out […]

Post Views: 35 The Dell XPS 13 ultra-light laptop is currently offered by Fnac for € 1,899.99. It is a muscular configuration, equipped with a recent and powerful Intel processor. For several years, Dell has upgraded its XPS 13 laptop, which is now one of the the most attractive and technologically advanced ultraportables. This latest […]

Post Views: 60 Recently, the prestigious leaker Ice Universe has just tweeted to share that Apple’s upcoming iPhone 12 Pro series will be equipped with a super smooth 120Hz screen. A reliable source, if there is no accident, iPhone 12 Pro and iPhone 12 Pro Max have basically determined the maximum 120Hz refresh rate. — […]