The Nokia 9 PureView penta-camera: How it works


There is a reason multi-camera smartphones dominate the top spots in our DxOMark Mobile rankings. The addition of a second camera to enhance detail, improve low-light performance, or add telephoto capabilities is a proven winning strategy that we documented in our article on multi-camera smartphones. Launched in February of this year, the Nokia 9 PureView comes with a rear camera array that is powered by startup Light and features five camera modules. With two RGB and three monochrome sensors all coupled with ZEISS-branded optics, the phone aims to break new ground in image quality from a smartphone. Light, HMD Global (exclusive licensee of Nokia phones), and SoC (system on a chip) vendor Qualcomm cooperated closely to optimize the camera system. While the design is technically impressive, we found in our DxOMark Mobile tests that the phone doesn’t live up to its multi-camera potential in most areas. But it does offer some novel capabilities thanks to its camera array. Let’s look at how it works, and at some of what makes it unique.

By the numbers, each of the modules used in the Nokia 9’s array has fairly typical specs for a high-end smartphone. Each has a 12MP sensor with 1.24µ pixels and a 28mm fixed-focal-length f/1.8 lens; two of them are a conventional RGB design, and three are monochrome. All five modules therefore have the same field of view, and are aimed at essentially the same scene. The modules are factory-calibrated to insure proper alignment, but they are also automatically recalibrated as needed when they are used. However, they don’t include optical image stabilization.

In fact, all five camera modules are active for every full-color image, with all three monochrome modules active when capturing in black and white. That means that for each color image, the Nokia 9 has 60MP of data to work with. By combining up to four tightly-stacked images for demanding scenarios, it can have up to a maximum of 240MP to work with for a single image. Creating an image processing pipeline to handle that much data within the power envelope of a slim smartphone required tight integration among Light’s technology, including an application-specific integrated circuit (ASIC), and Qualcomm’s Snapdragon 845 SoC. As one example of the unique challenges, the 845’s firmware is designed to control only up to three cameras at a time, so the ASIC has to step in to coordinate the five-camera system.

Startup Light’s multi-camera technology is all about capturing more data to create better images. Their secret sauce is not just relying on the camera module array to capture the images, but also on a processing pipeline that creates better quality output. Having five simultaneous captures also creates the possibility of excellent low-light images, even when capturing scenes with motion. This would be a solid advantage over current Night modes that work well only with very limited subject motion.

As an example of the value of the Nokia 9’s additional camera modules, here is an image captured using zoom. To illustrate the value of the Nokia 9’s multiple cameras, we artificially covered all but one camera so that we could compare those results with an image taken in the normal mode with all five cameras active. The version on the left was taken using just one camera (by masking the others), while the image on the right was taken with all cameras active. You can see that the image taken using all the cameras has much lower noise. It looks more like the results of an optical zoom than the image from the single camera image, which looks more like a typical digital zoom. 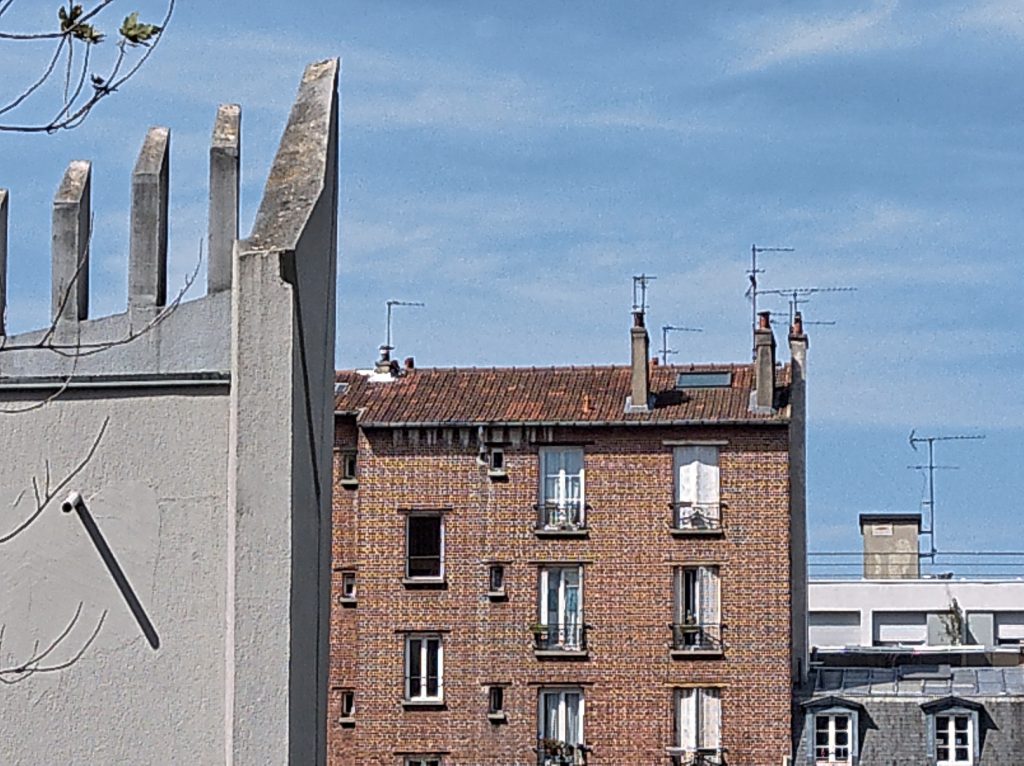 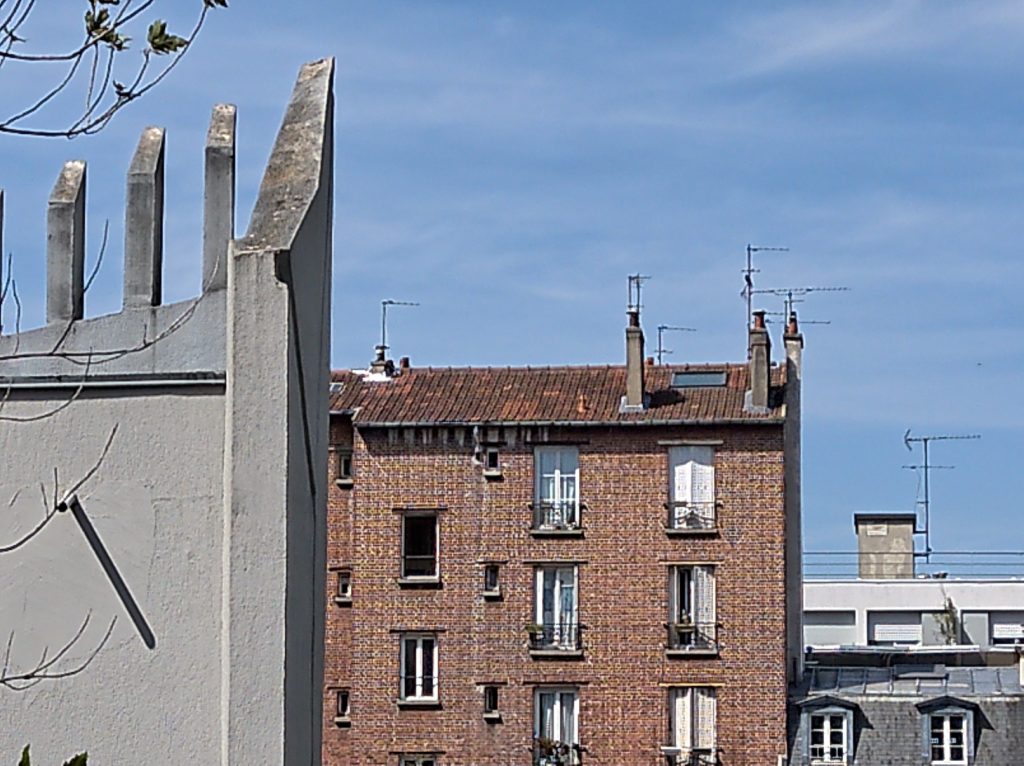 While shooting in RAW is the traditional gold standard for photographers, in current smartphone models, shooting in RAW typically means foregoing the advanced computational imaging that the manufacturer has painstakingly optimized for that particular phone. With the Nokia 9, Light and Nokia have created a mobile device that can capture 16-bit RAW files that can still make use of the device’s multi-camera capture and image burst capabilities.

Nokia has also worked closely with Adobe to make sure the new phone’s RAW files are supported in Lightroom Mobile, but that currently doesn’t include modifying the depth effect.

While dual-camera phones offer a solid improvement over single-camera models for estimating depth and creating great portraits, simply having two closely-spaced camera modules isn’t a perfect solution. There are still plenty of cases in which depth is misestimated. By having five camera modules working at once, the company says that the Nokia 9 is able to record depth at 1200 different levels, from near objects at 7 centimeters to those as far away as 40 meters, providing unprecedented accuracy and a large range.

The depth map can also be recorded in an impressive 12MP resolution. All of that means there is a potential for improved bokeh for portraits, both because it has a real multi-view system with five points of view, and because the separation of the camera modules provides a slightly larger baseline than is common in most phones with two cameras. In practice, however, the Nokia 9 didn’t fully live up to that promise. Its score of 55 in our Bokeh tests was higher than any single-camera phone we’ve tested, but still well below the top scoring dual-camera models. You can see some comparison images in our full Nokia 9 PureView camera review, but the image below illustrates an example of where subject isolation just isn’t as good as some other phones. For example, you can see in the crop that some of the flowers are sharp when they overlap the subject’s hair. 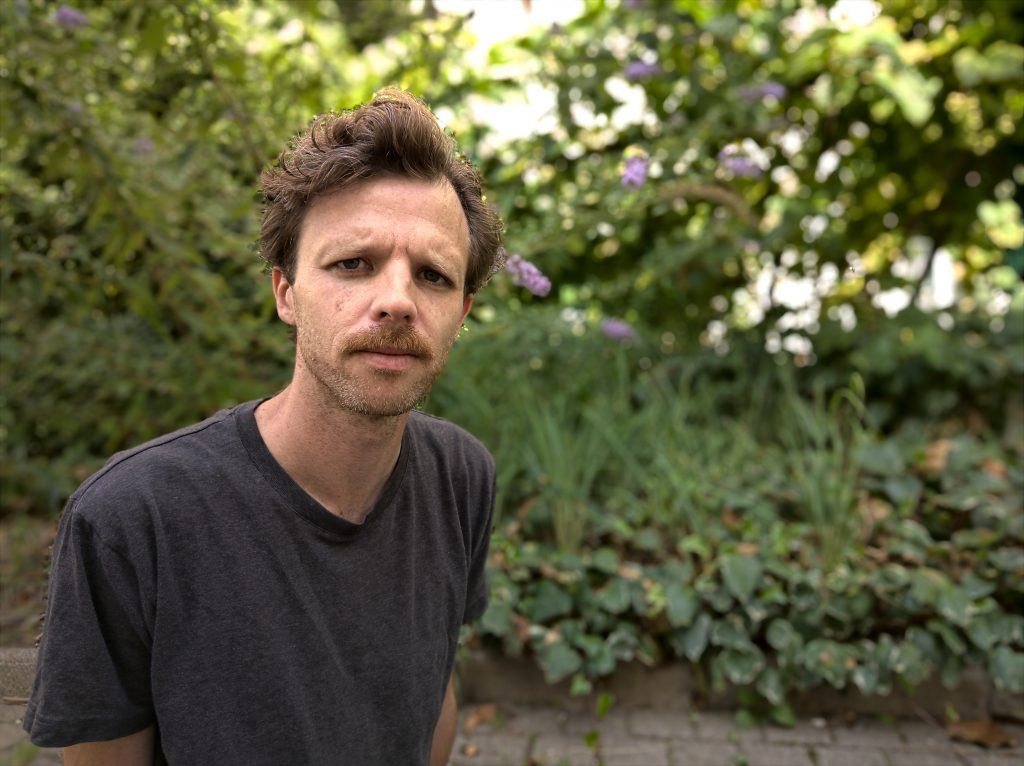 You can shoot either with the full depth effect enabled, or simply have the phone record a depth map for later processing. To help with this, Nokia and Light have added support for Google’s Depthmap metadata standard, so users can adjust focus at any time using their Google Photos mobile app. Below are examples of how you can use depth information to change the look of an image after you capture it.

On the left is the original image as captured by the phone’s camera. For the middle image, we refocused on the background. For the image on the right, we maximized the depth of field by setting the Blur slider in Google Photos to its minimum value. Refocusing in particular may not get used much, but could definitely come in handy if the camera accidentally focused on something close when you wanted the subject to be something farther away. Unfortunately, the results show a lot of defects where the depth map wasn’t accurate. 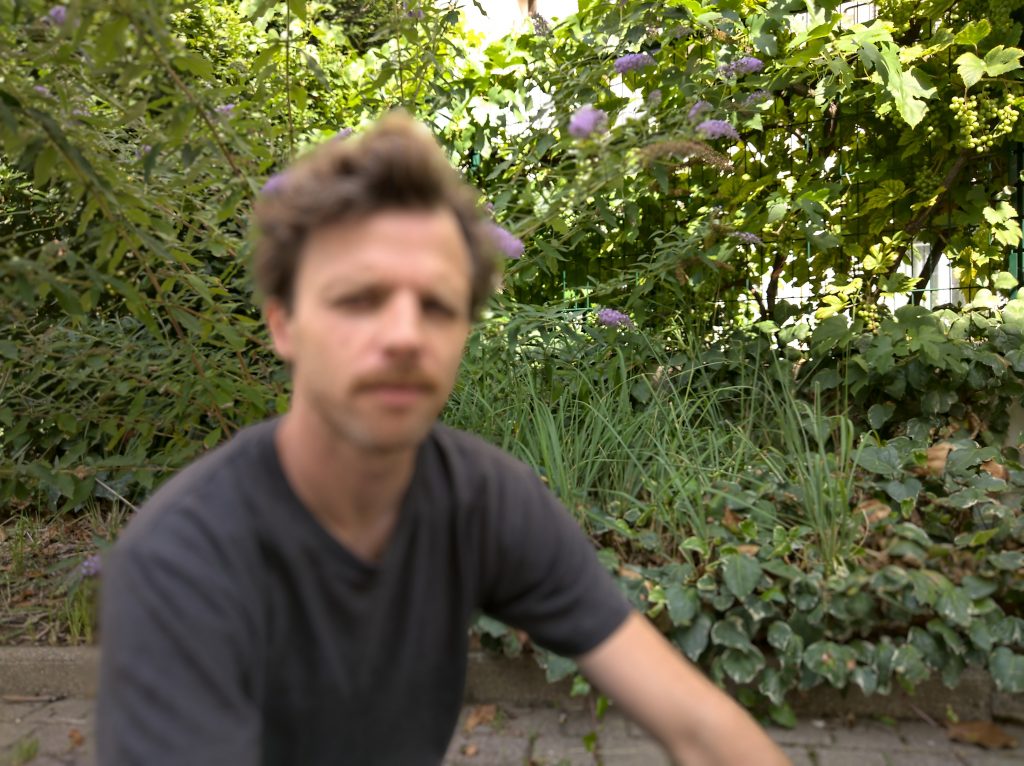 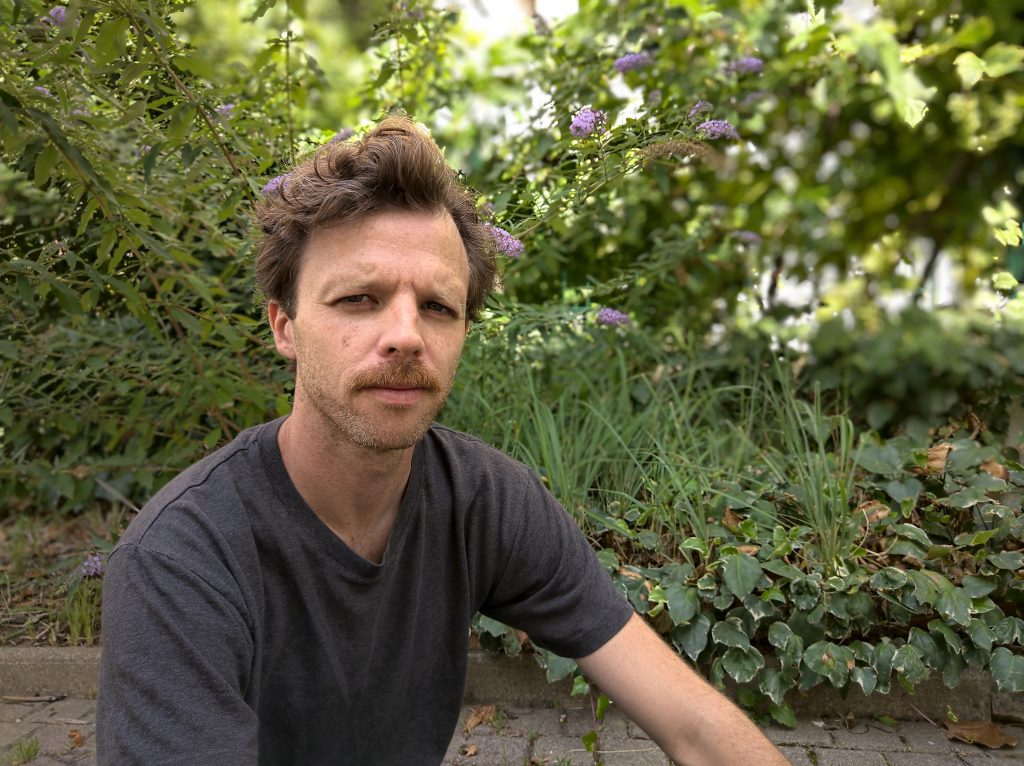 The Nokia 9 is all HDR, all the time

By using multiple camera modules with the same field of view for each shot, but setting them to varying exposures, the Nokia 9 is able to capture true high-dynamic range (HDR) images in a single frame, instead of with a burst of frames that most cameras require. Light representatives explained that the Nokia 9 has the ability to use all five modules with similar exposures to gather more detail, or to use them in a bracketed fashion for HDR, depending on the specifics of the scene as evaluated by Qualcomm’s software. Of course, since the monochrome sensors gather much more light than the color versions, they may have a slightly different exposure anyway.

The result of this flexible approach to creating HDR images can be outstanding shadow and highlight detail compared to an image captured when using just a single camera on the Nokia 9. However, the results are not as impressive as many other current phones that use a quick burst of multiple frames, as you can see in our full review.

Below you can see the difference between a single-camera image on the left (generated by masking four of the five cameras), and the one taken with all modules active on the right. 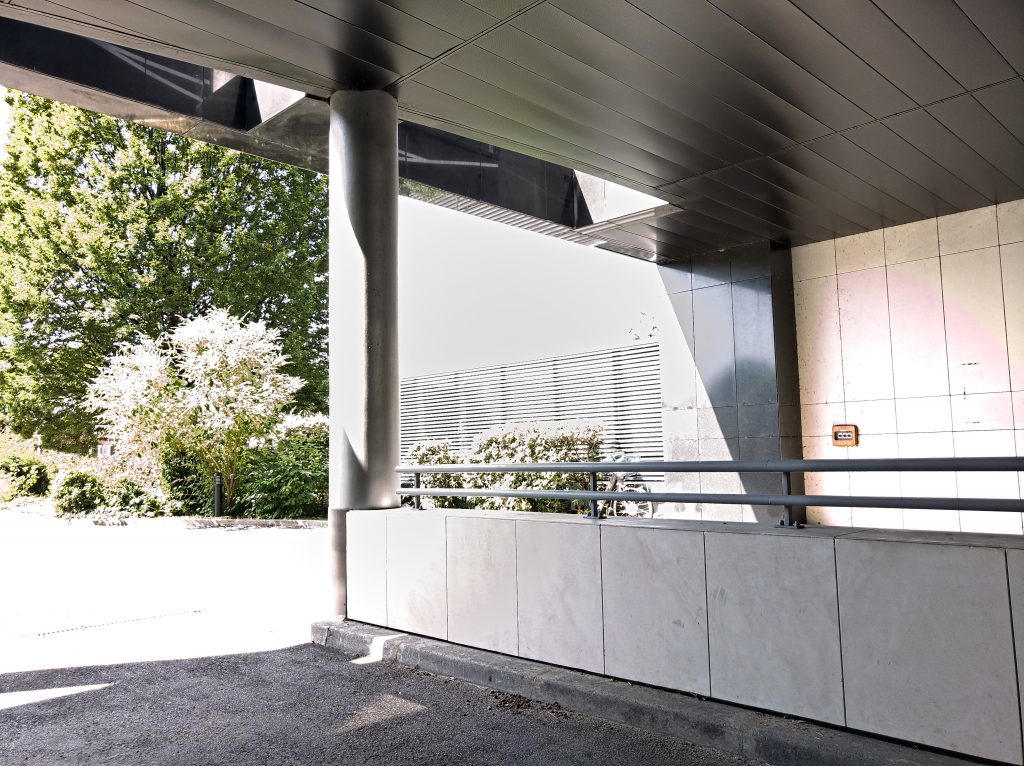 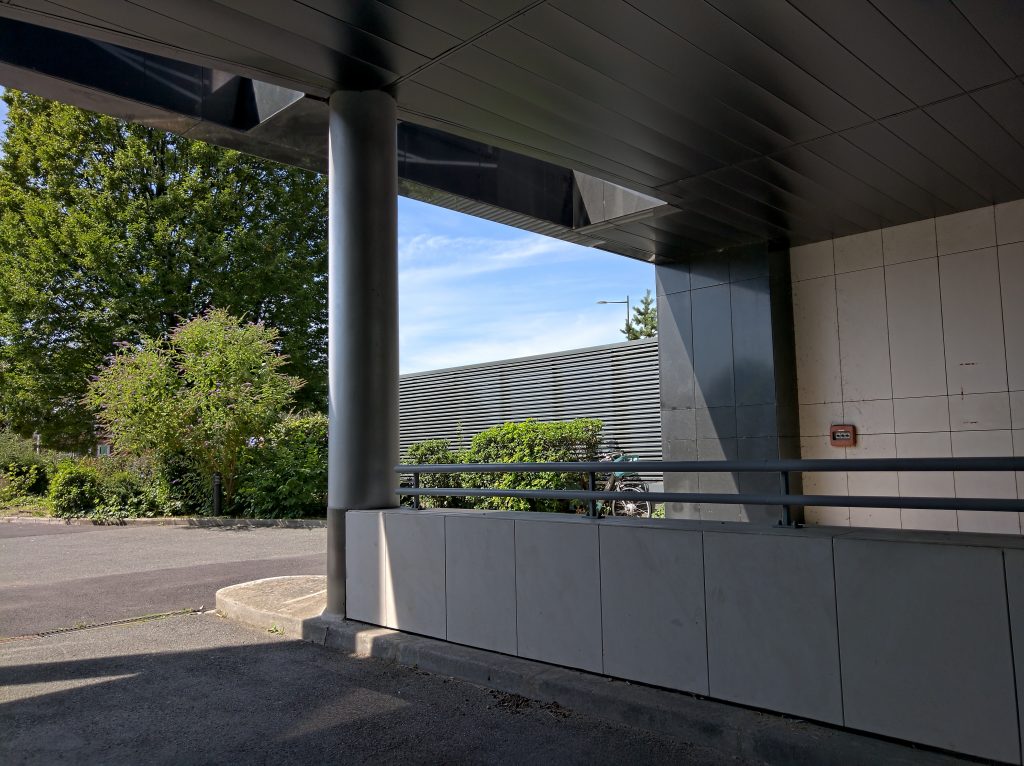 However, in our testing, shooting in monochrome didn’t result in a better image than capturing an image in the default RGB mode and post-processing to monochrome. When viewed at full size, the post-processed image actually shows fewer artifacts than the native monochrome image. Of course, the RGB image also had the advantage of incorporating information from the three monochrome sensors, so they are active in both cases. 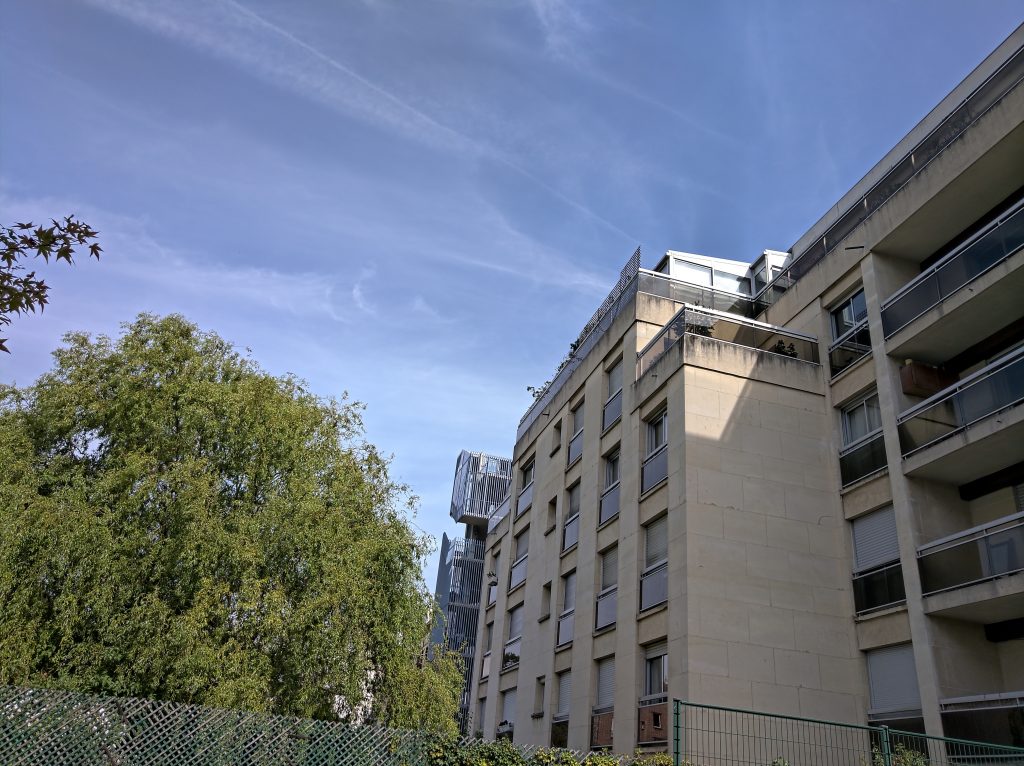 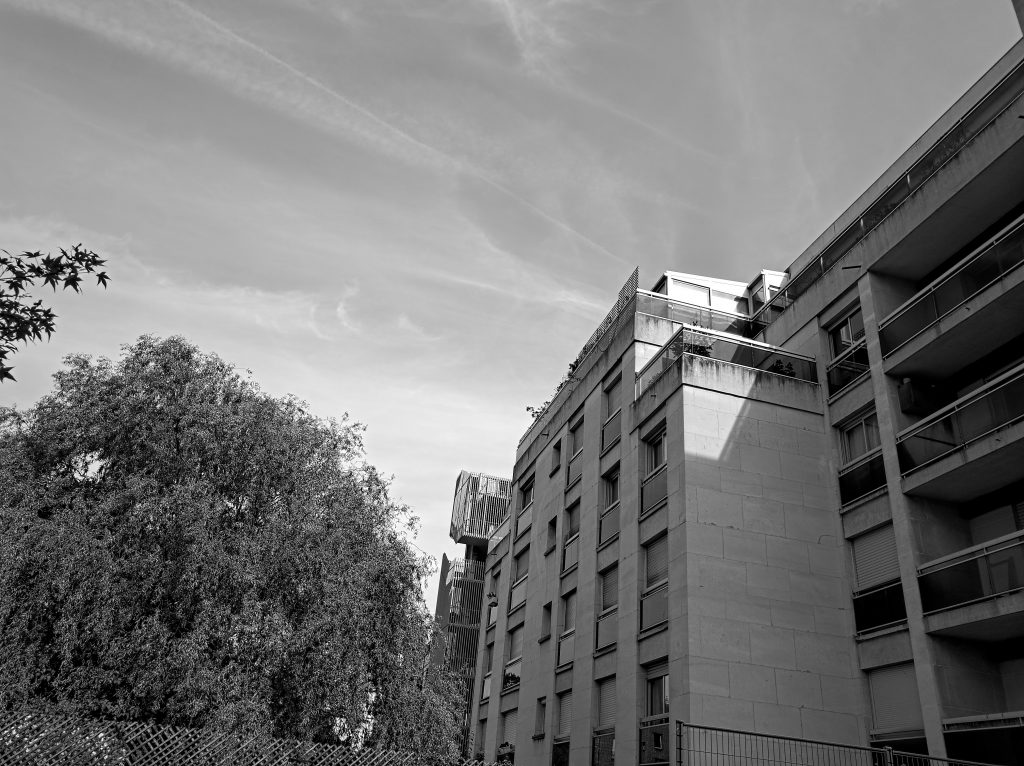 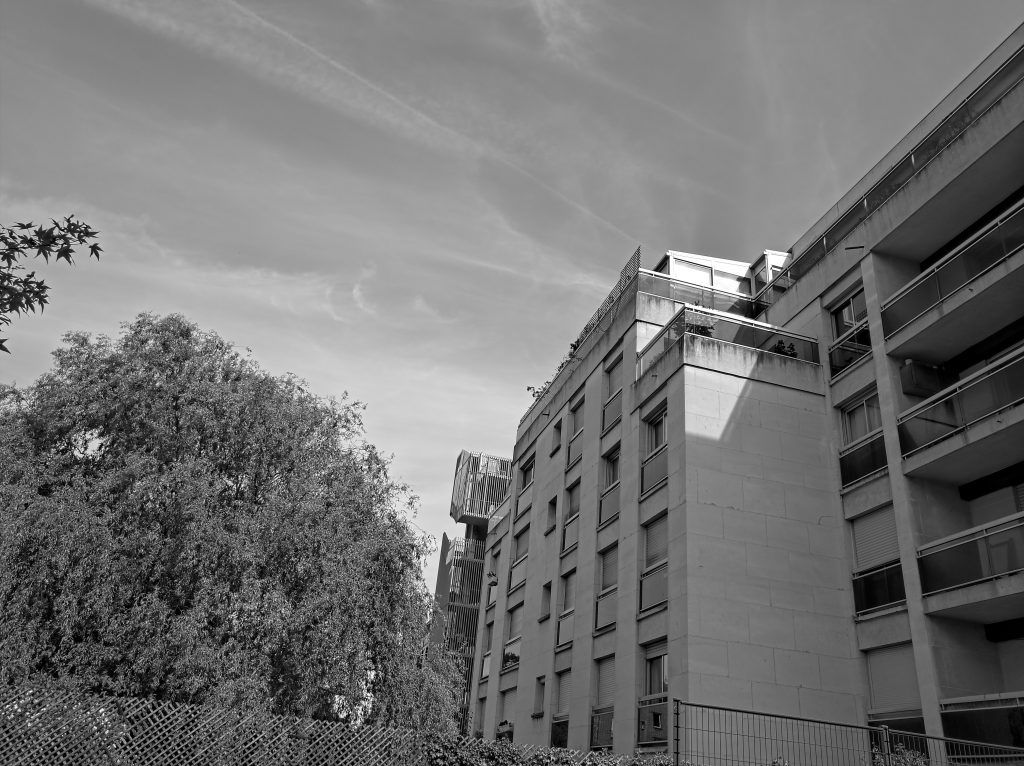 The challenges of creating a multi-camera array

Since having multiple cameras has advantages, it’s natural to ask why every manufacturer doesn’t include them. Aside from the obvious increase in cost, and required space in the phone, there are a number of difficult technical challenges that need to be addressed. We’ve covered the difficulties in using a pair of cameras in a previous article, but Light and Nokia have had to solve a more complex version of those challenges to bring a five-camera array to market.

As a starting point, all the modules need to be correctly aligned and calibrated. A rock-solid mechanical design is a great beginning, but the alignment needs to persist in the field and under a variety of environmental conditions. Even before an image is captured, the phone needs to properly autofocus all five modules to a common region of interest based on where the user touches the screen (or where the continuous AF locks on). As with the rest of the entire imaging pipeline, this needs to happen within the very limited power constraints of a slim smartphone.

Any flaws in the alignment and calibration need to be addressed by post-processing software. Even with perfectly aligned and calibrated cameras, the image processing hardware and software still need to account for the slightly different locations of the five modules, and correctly align the images while taking into account any calibration errors that have crept in.

The graphic below illustrates the process. Due to varying positions of the camera modules images are captured at slightly offset angles. In a first step they are aligned and in a second step the disparities between them are corrected for, before they can be merged into the final output image. 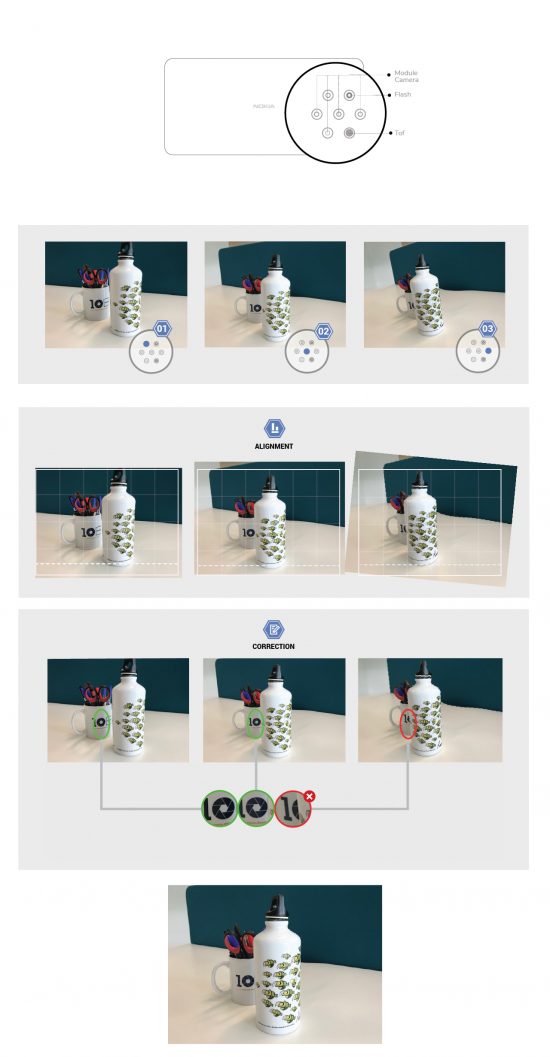 Aligning images captured using multiple exposures provides an excellent way to preserve shadow and highlight detail in difficult scenes, but presents an additional challenge, as details won’t line up perfectly. Further, given the different native sensitivities of the color and monochrome sensors, after the images are correctly aligned, they also need to be tone mapped in the same way that bracketed exposure images are tone mapped to create a single HDR version. This process also creates additional complexity in color rendering which the Nokia 9 doesn’t fully handle, contributing to its mediocre Color score of 71. And all this needs to be done so that the resulting image looks natural, rather than ending up with the over-the-top look often found in HDR images. The Nokia 9 is the first to deploy a mobile device for consumers that features such a large array of camera modules, thanks to technology from Light that goes a long way toward solving all these problems.

Nokia and Light have packed some unique camera technology into the Nokia 9. Its array of five camera modules gives it some slick capabilities for photographers willing to take the time to use them. Native monochrome images and the ability to refocus and control Bokeh after the fact are its strongest features compared to similarly-positioned smartphones. The always-on HDR and multi-camera Zoom are impressive compared to using only one of the Nokia 9’s five cameras, but other companies have obtained similar or better results through the use of multi-frame capture. For that reason, despite the promising potential of its 5-camera design, the Nokia 9 didn’t live up to the potential of its technology when we tested and reviewed it, achieving only a mediocre DxOMark Photo score of 88.