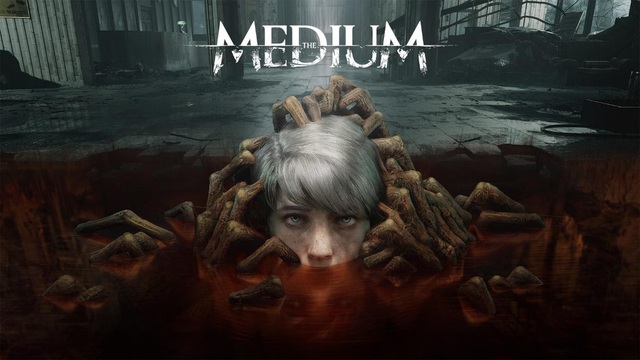 Developed by the same team behind the 2019 adaptation Blair Witch, The Medium is not a game with a very unique concept. Right from the early Zelda games, there were gameplay related to the dark and light worlds.

Even so, The Medium is presented in a nearly perfect way for a video game: you can wander through both worlds at the same time, controlling two versions of the character as if you were playing a split game. screen co-op. This is an intelligent and engaging way to experience stories. Combined with a truly haunting atmosphere, this gameplay has enhanced the relatively cliché and dexterous psychological horror experience.

Marianne, the main character, is a fellow, who can communicate with the dead and the Spirit World in which they reside. On the day of her adoptive father’s funeral, she received a phone call from a man named “Thomas”, who claimed to be able to help Marianne find the true nature of her power. Out of curiosity, Marianne went to Niwa, where she was forced to survive and unravel the mystery behind the city’s abandonment.

Basically, The Medium has gameplay like a third-person adventure game. You explore incredibly detailed small spaces, collect items, and solve puzzles. This is the type of game where most doors are locked or lack a handle, so you won’t be able to pass until you find the right item. The Medium may remind you of early Resident Evil games because the puzzles are relatively simple, the number of items you can hold on people is not much, and the movement is somewhat sluggish.

Despite its relatively large development budget, The Medium is very light in the action segment. Although you will many times fall into dangerous situations, the game will not provide guns or other weapons for self-defense. 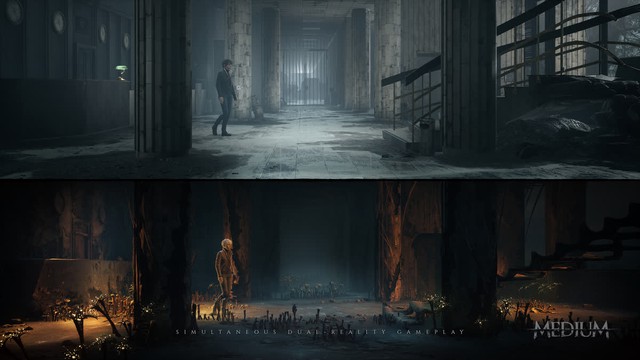 Although it sounds a bit dry, The Medium possesses a few elements that help to elevate gameplay. The first is the dual world concept. Sometimes you are in the normal world and other times you will be in the spirit realm. The pinnacle of the game is when you’re active at both. The two worlds are mirrors of each other: the basic composition is the same, but the vibe is very different. An ordinary hotel lobby can be filled with tentacles that vibrate in the spirit world or maybe have a door made of human skin.

Although the two spaces are largely similar, a few minor differences do exist. This is where those sentences come in. You must find a way to overcome obstacles in one world in order to continue in both. For example, one of the first quizzes asks you to try to get to the second floor of a hotel even though in the human world the stairs were destroyed and the elevator was inactive. To do this, Marianne must collect some energy from the spirit realm and use it to power the elevator.

The puzzles start off as simple as that, but they get more complicated as you go deeper into the game. You will then switch between worlds, using magic mirrors and other mystical objects to manipulate the surrounding space.

The Medium also uses the split screens to make the cutscenes more interesting. Because you can see the story play out in both worlds; there are times when Marianne is confronted with a spirit or monster, her real-world avatar also performs the same actions without anyone else present, similar to Tyler Durden of Fight Club.

The Medium is a relatively slow-paced game. In its first hours, the game is quite casual, with a confusing story and simple puzzles. But when the story begins to appeal, the game becomes much more interesting. Marianne learns more about her past and the source of her psychic powers, and there are many moments where you force your mouth to scream “ah-ha!” moments when everything is in place. Likewise, the puzzles become more complex as you adapt to the reality of parallel worlds. 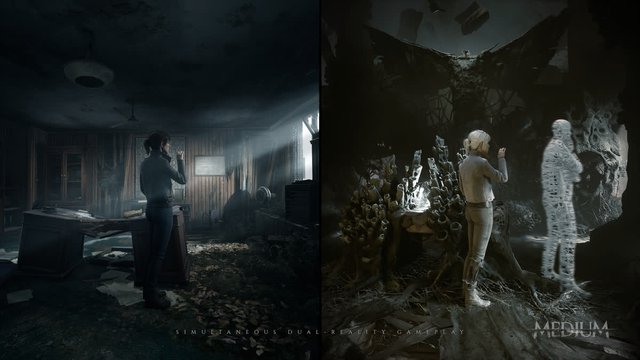 But while the story and puzzles take a while to get intriguing, the consistency point in The Medium is the game’s chilly atmosphere. This is not an action game where monsters are constantly chasing you. Instead, The Medium brings a more extreme fear. Most of the areas you’ll explore are small and claustrophobic – even real-world versions. It could be a burnt house with loads of creepy-looking dolls – or an underworld with bodies twisted into the wall.

It’s fun to wander around and see how the two different worlds are, but sometimes it can also make your spine cold. Aside from the feeling of fear, the only enemy in the game is a giant monster stalking you throughout the game, resulting in some tense stealthy scenes. One cool feature is that you can get Marianne to hold her breath with the push of a button and if you play with the controller you can feel her heartbeat through the vibrations.

The Medium lasts about 10 hours. This is the right length for the story to end well. The game even ends up in an Inception style, where what’s actually going on is pretty vague.

In terms of gameplay concept, The Medium ends quite abruptly. As soon as the game started finding really fun ways to play with the dual world structure, it was all over. The last few hours are the most enjoyable, out-of-the-box.

The multi-world setting is not exactly a new element, but it is the enough addition to make The Medium a psychological horror game not to be missed.